Greenlight > Games > OlderBytes's Workshop
Greenlight is being retired. For more information on how to submit games to steam, refer to this blog post.
This item has been removed from the community because it violates Steam Community & Content Guidelines. It is only visible to you. If you believe your item has been removed by mistake, please contact Steam Support.
This item is incompatible with Greenlight. Please see the instructions page for reasons why this item might not work within Greenlight.
Current visibility: Hidden
This item will only be visible to you, admins, and anyone marked as a creator.
Current visibility: Friends-only
This item will only be visible in searches to you, your friends, and admins.
Swords and Sorcery - Sovereign
Description Discussions1 Announcements1 Comments54 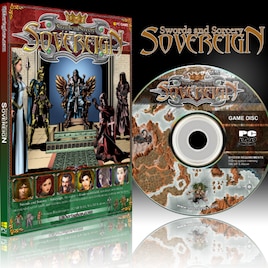 OlderBytes
Offline
See all 10 collections (some may be hidden)
Recent Announcements View All (1)
Iron Ruler on Steam Greenlight!
April 27, 2017 - OlderBytes

While I'm steadily making progress on Sovereign, the sequel to Underworld, I'm not quite ready for a new anouncement on that front. There will be one soon showcasing things like a new GUI and flight, but I've mostly been focusing on content lately and that is best discovered while playing the game.

I've been working on a secondary project as well called Iron Ruler. It is a small turn-based strategy board game based on an old classic called Lords of Conquest.

Similarly to Underworld, I added new rules to the original formula's combat to make it unique and, hopefully, more exciting.

It's a small project that'll be priced well under $5.

If it sounds like something you'd enjoy, please stop by the Greenlight page to upvote it. I hope it'll clear before Greenlight shuts down...


Thanks for your support!
Charles

Sovereign remains, at the core, a very similar game to Underworld but expands on the formula.

Combat (turn-based, tactical) remains very much the same as it was in Underworld. Other than the availability of new spells and skills, as well as a long list of new monsters with new abilities of their own, combat is centered on selecting an option for each character when his/her turn comes up from either a list of spells, tactical positionning, offensive or defensive abilities or special skills. There are about 200 monsters planned, or almost twice as many as there were in Underworld, offering larger tactical variety than the Underworld bestiary did.

The teaser gives a sense of the large variety of environments to explore and the map in the screenshots hints at 48 overworld maps, and many more cities, dungeons, caves, underwater areas, and places beyond the "known world". This adds up to well over 100 areas to explore!

One of the effects of a large open world is that exploration can reward the party with new spells, rather than have them be awarded by a trainer. Also, proficiency in various schools of magic can be developped (neophyte to master), and this, however, does require finding trainers and fulfilling their requirements.

There are four to choose from. A caster can choose to specialize in one or unlock more. Necromancy is only available to those that have learned Elemental, Light and Illusionist so there is some incentive for at least one character to risk spreading him/herself thin.

Each of the four schools has four pillars and higher level spells. Elemental, for instance, is the most straight-forward with Fire, Water, Air, Earth and Higher Elemental spells. Pillars only contain four spells each, but this allows for the same policy as Underworld's: making each spell valuable in its own way.

Each pillar requires a learning process from Neophyte to Master. Proficiency in the school can only be as high as the highest rank obtained in the four pillars, and the same goes for the higher level spells.

I wanted to keep using spell components (runes and holy water), but this needed to be adapted to remain compatible with the possibility for all casters to learn more than their native school of magic. At first, a priest only knows Light magic and can cast Holy Water. Later, if he/she learns Elemental magic, which is the Sorcerer's specialty, He/she will not be able to collect runes. But runes are no longer necessary to cast any of the Elemental spells. Rather, they can be used to make them more powerful.

The same goes with the spell Holy Water. It is the one Light spell only Priests will ever be able to use, and they can spend Holy Water to enhance any spell they cast (including spells from other schools).

Therefore, the new class, Druid, is somewhat gimped. They will never have access to any components. But they start out with some proficiency in Elemental, Light and Illusionist and will find more redeeming factors in the course of their travels.

There are combat skills and non-combat skills. Some are active and some passive. Combat skills give several new combat options but there are still only three active combat skill slots, so choices will need to be made. Skiils currently include options that could rightly be called feats, so there is no separate feature for those as of today. This may evolve depending on workload though.

I am looking to offer more choices than I did in Underworld, but will hold off on details for now as this can easily get out of hand if dialogue trees branch out too much (for a one-man team to handle).

Sovereign has a basic crafting sytem planned. Rather than a very long list of mostly useless craftable items, it will be restricted to fewer but more rewarding recipes. Proficiency in crafting will be determined by what level of mastery has been unlocked, which in turn will require minimal attribute scores and dealing with the proper trainer. I believe this will make crafting interesting, while taking out necessity to grind that characterizes many crafting systems that reward by useage. Your party will have access to basic reagents for sale, but will need to find rare reagents for the most powerful items.

I currently have six factions planned and choosing which one to side with will determine access to quests and their rewards which can include equipment, spells, and skills. Some do overlap though so all choices do not permanently bar access to anything but can offset some until another opportunity arises.


Check out the screenshots and video, stay tuned for development updates and please vote for inclusion on Steam!
Popular Discussions View All (1)

mike30542 Jun 9, 2020 @ 10:49am
I've played Underworld (original & the definitive edition) 3 times & have been looking forward to Sovereign ever since it was first announced. No news for a long time. Hope it's still going to happen.

OlderBytes  [author] Feb 25, 2018 @ 3:53pm
That's just a representation Totuvor. Maybe I'll be able to ship physical goods but I can't make any promises. Thanks everyone, it's a very big project but I'll get it done.

Darknessbobulus Jul 2, 2017 @ 5:17am
Actually only got underworld a few days ago, and I really loved it! I hope Sovereign comes out soon!