Greenlight > Games > Hyperkinetic Studios's Workshop
Greenlight is being retired. For more information on how to submit games to steam, refer to this blog post.
This item has been removed from the community because it violates Steam Community & Content Guidelines. It is only visible to you. If you believe your item has been removed by mistake, please contact Steam Support.
This item is incompatible with Greenlight. Please see the instructions page for reasons why this item might not work within Greenlight.
Current visibility: Hidden
This item will only be visible to you, admins, and anyone marked as a creator.
Current visibility: Friends-only
This item will only be visible in searches to you, your friends, and admins.
Epic Tavern
Description Discussions3 Announcements10 Comments228

View Epic Tavern in the store

Since our last update, we have gained [HEROALL=>EFFECT:25:5]!.... What we’re trying to say, is that we have not only squashed a lot of bugs, but a good portion of our fixes and feature work involved the development of Character Effects. What are Character Effects? They are essentially what happens to your heroes and they get bumped, banged, and boon’ed while on their adventures. And yes, Boon’ed means that they drink too much Strawberry Hill, for your old school Taverneers, out there. Read on below for the deets, and you will soon see how all this affects you! (See what I did there?!)

From everyone here at the Tavern,

Looking at our patch notes covering the work completed this past month, we are happy that so much ground has been covered! Out of the 50+ points in that report, we wanted to show you some highlights that affects not only the look and feel of the UI, but affects the gameplay.

You can read the full update here: https://www.kickstarter.com/projects/291092632/epic-tavern-rule-the-land-from-your-tavern/posts/1916002

From everyone here at the Tavern, 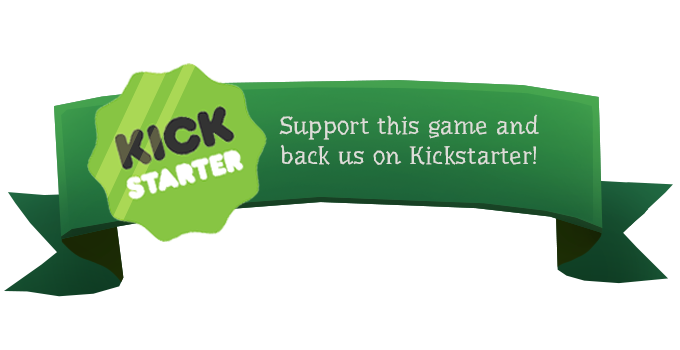 Be sure to follow us for updates and help fellow fans with Social Media Quests as seen at the bottom of our Kickstarter Page! The Quests unlock awesome Achievements for backers and fans, alike!


Epic Tavern: The first management-RPG where you rule the land from your Tavern. Recruit heroes, send them on quests, reap the rewards!

The story begins with friendship and drinks! Songs of heroic exploits, arguing over who killed the biggest dragon, and bar fights over shares of loot. Promises are made and broken, plans are set, and adventurers gear up for tomorrow’s quest.

Player Choice: In Epic Tavern, every quest choice made and every adventurer befriended could unlock new quests, new alliances, access to characters, items, and tavern building opportunities. The experience grows as you play - your choices will directly steer the fate of your intrepid adventurers!

The Tavernmaster: You and your tavern are at the center of this experience. Your choices determine the mood and atmosphere of your establishment, bringing heroes and stories together in a social simulation of relationship building. This is where friendships and rivalries are made, and great adventures are started. In Epic Tavern, you build the destiny of your world, one drink at a time.

The Adventurers: A multitude of characters drawn from many classes and walks of life will visit your tavern. Mages, warriors, assassins, and more will be at your disposal! Befriend them over drinks and learn their secrets. Between quests, take their experience, level them up, and choose the direction in which they grow.

The World: You will send your new friends on quests to explore the land of Beor. These quests unfold into a storyline unique to your playthrough. Epic Tavern pushes the limits of a player-centric narrative and creates a brand new model of the classic choose-your-own-path experience. The impact of your choices will inexorably change your adventurers and the World itself!

Replayability: In-game achievements confer bonuses and allow you to delve further into the mysteries of the world of Epic Tavern on each successive playthrough, creating a startlingly replayable experience that will never be the same twice.

You bought Knodogh Fireblade too many drinks last night but, before he passed out, he was totally on board for hunting down the basilisk that was slaughtering the local peasants. He made it back in one piece, but now he’s half-crazy and twice as strong.

Attract Adventurers. Build a legendary Tavern that draws the greatest heroes in the world. Befriend your patrons by loosening them up with frothy pints and hire the Adventurers whose traits you desire.

Unlock Quests. Perk up your ears and listen for whispers and rumors to find the opportunities you'd like your Adventurers to pursue.

Assemble your party. Equip your Heroes with special weapons and relics, then send them off to claim victory in their quests.

Track their Progress. Follow your party on the map and see in detail how the quest is unfolding. Each encounter could yield treasure and XP, or tragedy and defeat.

Sort out the Results. Use what is earned to improve your tavern, and level-up your victorious Heroes:
Popular Discussions View All (3)

richiebee  [author] Feb 14, 2017 @ 3:19pm
Hey, @PhearFactor! I totally understand what you're saying, and I'm gonna be straight with you: we won't set a date until we are absolutely sure of it. Many things happen during development that moves dates around and, as much as we'd like to say, "It's gonna be done on XXXX!" we can't. The good news is we've decided that giving you a quality game that fulfills on the promise of Epic Tavern's premise is way more important than meeting a date, so that's what we're going to do. You need not even take our word for it that we're working as hard as possible to get it out to you... come on over and join us any MWF on Twitch [twitch.tv] and see how it's progressing. We are also getting our public Trello board up and running, so you can see how close we're getting to Early Access release. I'll update here, when it's up! Thanks for sticking by us and definitely drop by the Twitch stream, we've got a great group going already, and I want you all to be a part of that.

PhearFactor Feb 10, 2017 @ 5:47pm
Is there a updated release date? Saying "soon" since November is less than ok. Like the prevous asked and not really answered concerns mentioned, the KickStarter page says August 2016 on some pledges and others say Jan 2017. You made $28,415 over your KickStarter target so you would think you shouldn't be behind schedule but you don't seem to be even at the Alpha phase yet.

I don't mind waiting for a finished product. Just give us a date. From what I can see it looks like we will be lucky to have it finished by Christmas. Which would suck but at least we would know. Tear the band-aid off and tell us already! :p

Early Access : We are working as hard as possible to make this game awesome. We will not release it a minute before we think it takes all the right steps toward fulfilling the promise of its premise. As both an avid KS backer and a developer, I know that no one benefits from a rushed game hastily pushed out the door, and my solemn oath is that Epic Tavern will get the love and time it deserves before it gets into Early Access. It's the only responsible thing to do.

Community : We are, at all times, watching all of the feedback we get from all of you. Come join us and get your voice heard! The best way to do that is on our Twitch stream, where we are growing an awesome community, and getting some amazing feedback that is helping to make the game so much better.

Thanks so much for your question!

richiebee  [author] Feb 6, 2017 @ 3:25pm
Hey, @Cameron! First of all, i see nothing negative with your comment. Sometimes, questions come up, and we need to get them answered! We want to be sure to include everyone throughout the development of Epic Tavern, and be transparent through the entire process.

Keys : To clarify, the keys being given out are not Early Access keys. They are keys that give pre-Alpha builds to our most loyal and active KS backers that follow and participate in our three-times weekly development streams. The purpose of this is to get feedback from very dedicated fans that will help guide us down the best possible road toward making ET as good as it can be. As with most pre-Alpha trial runs, space is necessarily limited. We will be having further tests in the run-up to Early Access, so be sure to head on over to the Twitch stream every MWF to join the fun. Here is a link to the stream. [twitch.tv]

Cameron Jan 31, 2017 @ 2:32am
So i know negativity really does nothing but.. well this is a quote i seen in the comments on kickstarter by Richie Bisso "We are actually giving a very limited number of Pre-Alpha keys out to some of our KS backers who also follow us on the stream". So only "some" of the backer that gave you money for this are getting EA keys for a game that was said to be delivered a half year ago and some aren't? I mean c'mon..

rawglambition  [author] Jan 30, 2017 @ 1:13pm
Hey @causepain! We had a similar question asked of us on Kickstarter, and I feel that our fearless leader Rich answered this question the best:

We are extremely close to having a stable build for our pre-alpha, and the early access comes very soon after that, @causepain. We want to get this to you asap! :)

Epic Tavern has been Greenlit and is now listed in the Steam store. For the latest information, purchase options, and discussions for Epic Tavern, please see it on the Steam Store or in the Steam Community.
Visit Store Page
For more details Visit Community Hub
For latest discussions
If you really, really want to, you can continue to the Greenlight page. Information on this page may be out of date, since all the action has moved to the areas noted above.