Store Page
Stikbold! > Guides > DᴇRᴀɴɢA's Guides
This item has been removed from the community because it violates Steam Community & Content Guidelines. It is only visible to you. If you believe your item has been removed by mistake, please contact Steam Support.
This item is incompatible with Stikbold!. Please see the instructions page for reasons why this item might not work within Stikbold!.
Current visibility: Hidden
This item will only be visible to you, admins, and anyone marked as a creator.
Current visibility: Friends-only
This item will only be visible in searches to you, your friends, and admins.

To earn all "Story Mode" achievements in one walkthrough you have to choose "All Star" difficulty. On "Professional" you will miss Hall of Famers and Completionist, on "Casual" you will miss Superstars as well.

Comments
Story Mode
Challenge 1 - Warming Up
Unlocking all three daisies is a mandatory part of this tutorial level. So achieving Warming Up is as easy as completing it.

Challenge 2 to 5 (4 achievements)
Unlock all three daisies in every single challenge to earn one achievement each.

Challenge 6 - Blind Redemption
Unlock all three daisies (actually only two on "All Star" difficulty) to achieve Blind Redemption. The third one named "Show Off - Eliminate an opponent with a curving long shot!" may be one of the trickiest so far. Try to curve very little or you will lose all spin and your opponent will catch the ball.

Challenge 7 to 9 (3 achievements)
Unlock all three daisies in every single challenge to earn one achievement each.

Challenge 10 - Something’s cooking
This one can get frustrating on "All Star" difficulty with a CPU bot buddy on your side. Anyway you have to unlock all three daisies again. The one named "Collateral - Make Coach burn two skeletons in one laser attack!" may be the most difficult of all to unlock. Good luck there!

Challenge 11 - Finally Finals (4 achievements)
The number of possible achievements here does depend on the difficulty you set in the beginning.

Challenge 12- Showdown
Going through all levels in "Story Mode" until this point you should have unlocked 17 out of 18 characters already. In order to unlock the last one and pop the Completionist achievement you must win this match on hardest difficulty. Not too hard though. 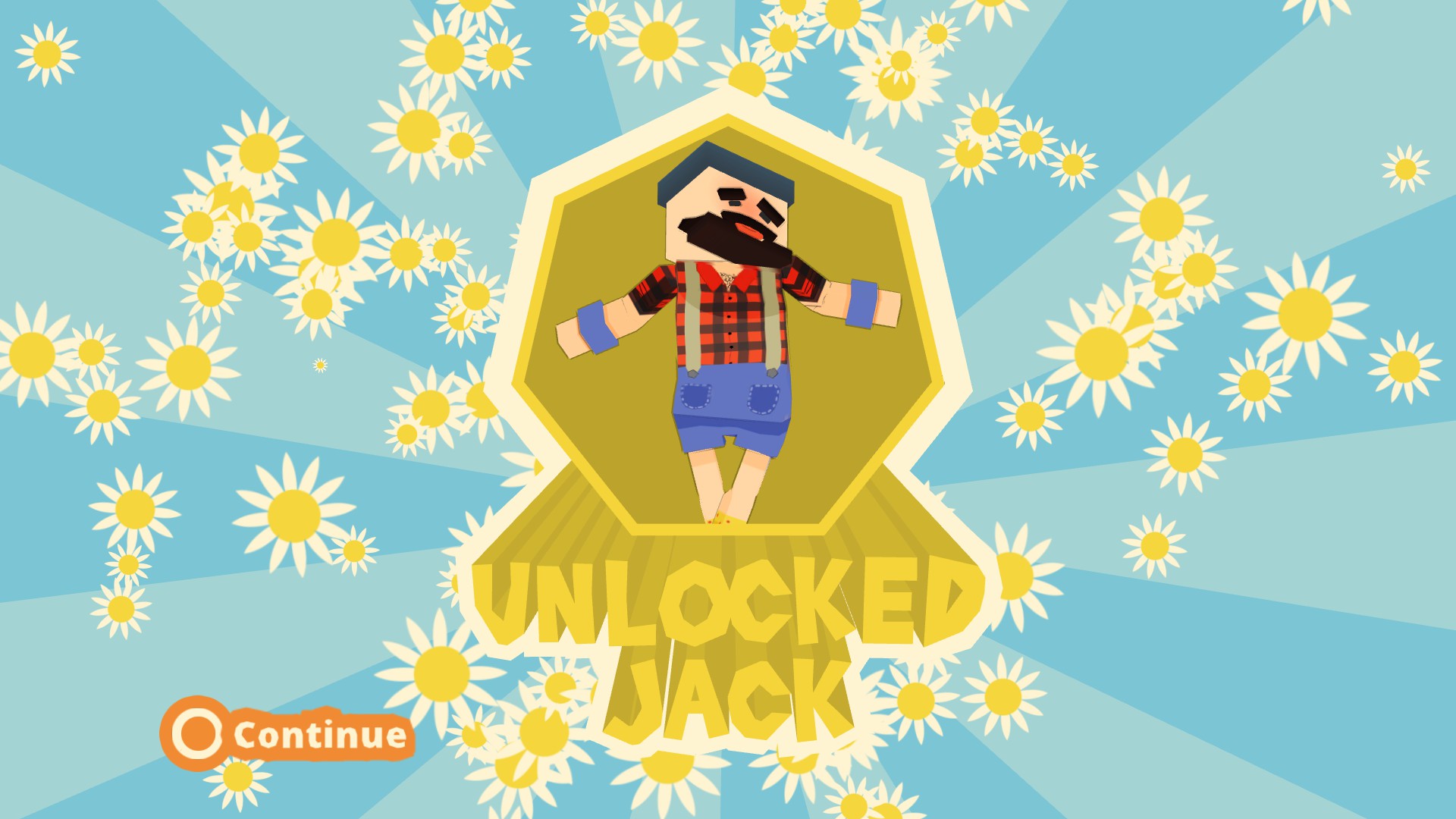 Quick Match Mode
Level 1 - Gym (3 achievements)
The fastest way to get Sausage Feast is in a 4V2 team match in the "Gym". Any team-match with 4 characters on one team will get you IMBA. Before starting the match disable the Streaker and the Ball Canon harassments under the match options. That way you will get Home Game for playing with custom rules.

Finally in the game try to get knocked out as fast as possible and wait for the hot dog cart to get close to the border of the court. Then activate the "Floor Waxer" and hit the cart.

Match Level 2 - Roundabout (2 achievements)
For the following two achievements create any "Quick Match" with 6 players in the "Roundabout". Before starting the match disable the "Beehives" and "Benches" hazards and also the "Waterbaloons" harassment under the match options!

Now in the game try to get knocked out as fast as possible. If you take turn controlling the swan just turn it back outside the ring.

When you get the fishing rod, it's time to reel a player in front of the van to get the Keep it Reel achievement. There is about a 10 second lapse between when the van leaves and comes back again. So wait until the van leaves, cast the hook at any other player, and start rotating your controller or quickly and repeatedly press WASD to reel it in. With some luck the van will go your direction and hit the player you caught.

Meanwhile at least another player got knocked out and will control another swan eventually. To obtain Ridiculous Fishing you will need to control the rod again. Wait until you see the launch of a swan and quickly position yourself right near where they launched so that you have a straight shot. Then cast the hook at the swan and start rotating your controller or quickly and repeatedly press WASD to reel it in again.

Match Level 3 - Beach
There are no level specific achievements on this one. So I'd use it to win a 2V2 team match against 2 hardest A.I.’s in order to obtain the Hard Knocks achievement.

Match Level 4 - Oil Rig
The fastest way to get Pacifist is in a 1V1 match in the "Oil Rig". Just knock your opponent over board without ever picking up the ball. Even easier using a second controller.

Match Level 5 - Hell (2 achievements)
To get Airborne any "Quick Match" with 6 players in the "Hell" will do. Before starting the match disable all hazards and also the "Arm" and the "Rock Angel" harassments under options. When you start the match and already played the 4 other match levels before you should get awarded Adventurer.

Finally in the game try to get knocked out as fast as possible and wait until another player gets stunned somewhere close to the border of the court. Then activate the Stalagmite and hit that player. 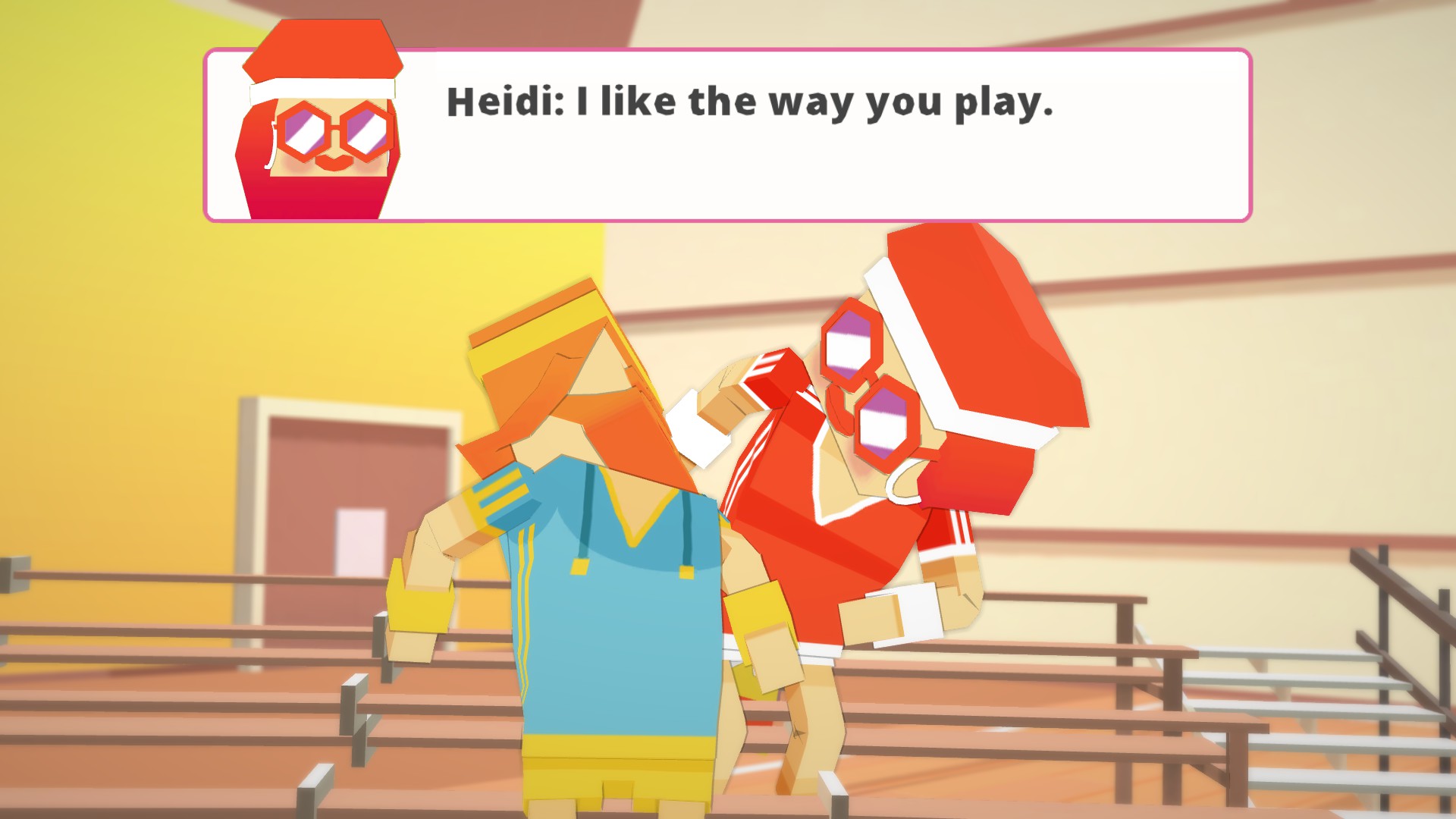 Incremental Achievements
These two are earned over time and it doesn't matter what game mode or difficulty you play.

Critical Hit - Get 20 lucky stingers
You probably collected a punch of stingers during your walkthrough already. And you can clean up a couple more playing against an easy bot in no time. Shoot from short distance or charge up your shots to a max before flinging to get these one-hit-kill stingers. It seems that curving shots have a slightly higher chance of turning into one.

Untouchable - Catch 100 incoming shots
My congratulations if you got this one already! If not, I assume it will be your last achievement pending. And unfortunately I have no better advice than to take some more time, continue playing against tougher bots or friends, and dive at incoming balls to catch them as often as possible. 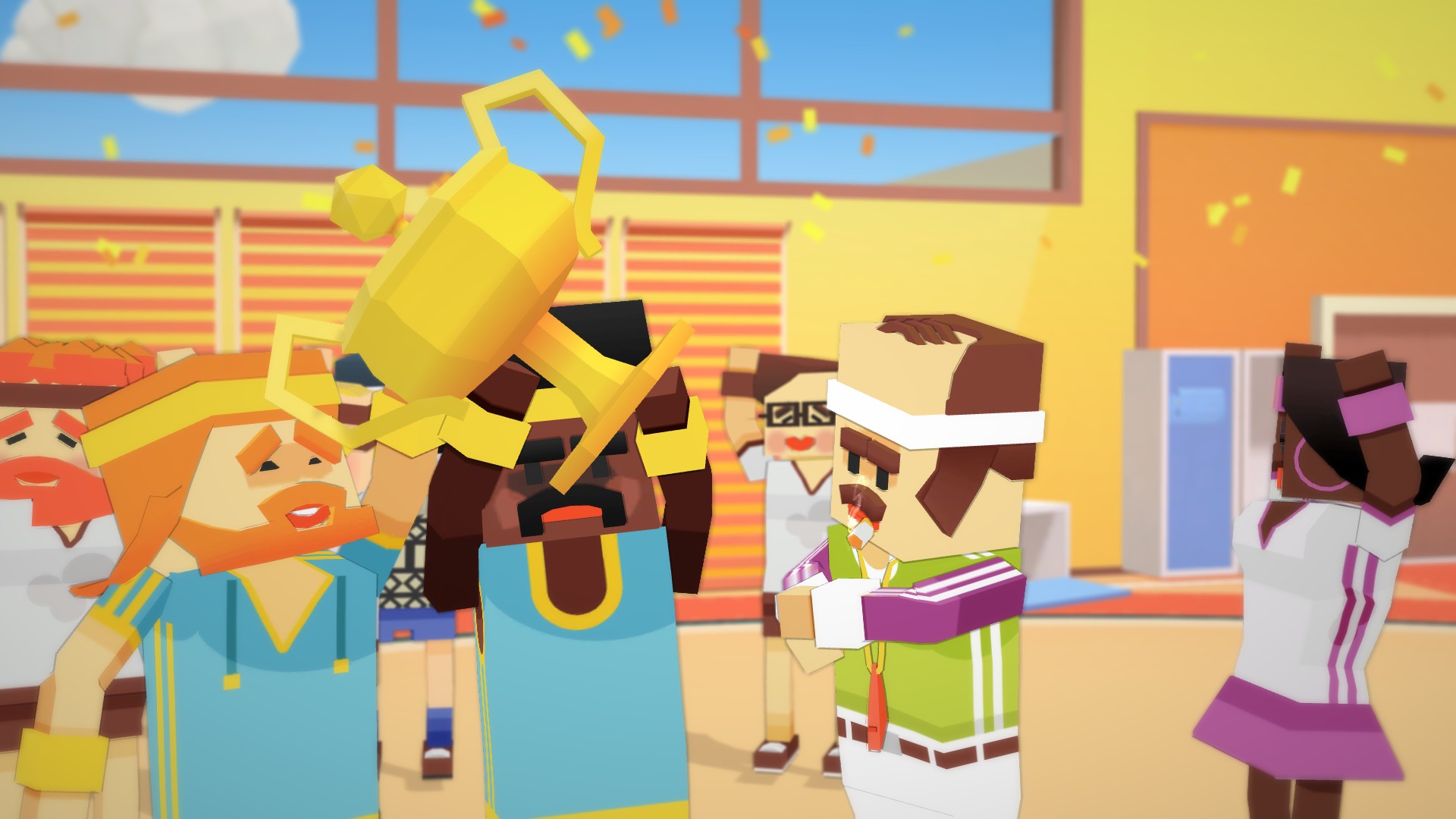