Greenlight > Games > Frenemies's Workshop
Greenlight is being retired. For more information on how to submit games to steam, refer to this blog post.
This item has been removed from the community because it violates Steam Community & Content Guidelines. It is only visible to you. If you believe your item has been removed by mistake, please contact Steam Support.
This item is incompatible with Greenlight. Please see the instructions page for reasons why this item might not work within Greenlight.
Current visibility: Hidden
This item will only be visible to you, admins, and anyone marked as a creator.
Current visibility: Friends-only
This item will only be visible in searches to you, your friends, and admins.
Defend Your Friend
Description Discussions0 Announcements4 Comments186

Frenemies
Offline
See all 12 collections (some may be hidden)
Recent Announcements View All (4)
Updates on Defend Your Friend
September 6, 2016 - Frenemies

We hope you've enjoyed the summer! As it's been a while since we posted anything on this page, we felt an update was in order. We've been posting updates semi-regularly on our Facebook page [www.facebook.com], but to ensure we reach everyone that helped us out with getting on steam, here's a summary of what we have been doing, and where we are now!

What we've been up to
After getting greenlit we still spent quite some time working on DYF as a project for our college. A lot of time has been going into finalizing the level designs, getting them to work in engine, fixing up some unclear elements in the game, and getting rid of bugs that appeared - as well as dressing up some of the levels nicely.

At the end of our schoolyear, we ended up receiving the award for best gameplay design in our year, and had a great time showing our project to potential new students!

We continued working on DYF during the summer holiday with the 7 of us at Frenemies. We managed to, aside from continuing on previously mentioned work, make some properly functioning Mac builds. Although we confirmed we can build for them before, it still took some work - as we had to find a new way of doing our lighting, and were generally unaccustomed to macs.

We also organized our own playtestday during the holiday, which was very useful for feedback on the entirety of our game, as well as it being a lot of fun!

Where we are now
We're still in a pre-beta phase. We're getting very close to having everything playable and tweaked according to the feedback we're getting on playtests - but we're not entirely there yet. At this point the main thing we need to do is fill up a lot of our levels with art, make sure they look as nice as the first part of our game, and fix anything that doesn't behave as it should. In addition to that we're working on the online multiplayer, which is of course also quite a bit of work.

Also, our composer (Mythili Mahendran) has finalized the main theme, and is working on the OST for our game right now.
You can check out the main theme on soundcloud: https://soundcloud.com/mythili/defend-your-friend-main-theme-feat-reckoner27-on-cello

That is, very briefly described, where are are at right now c: 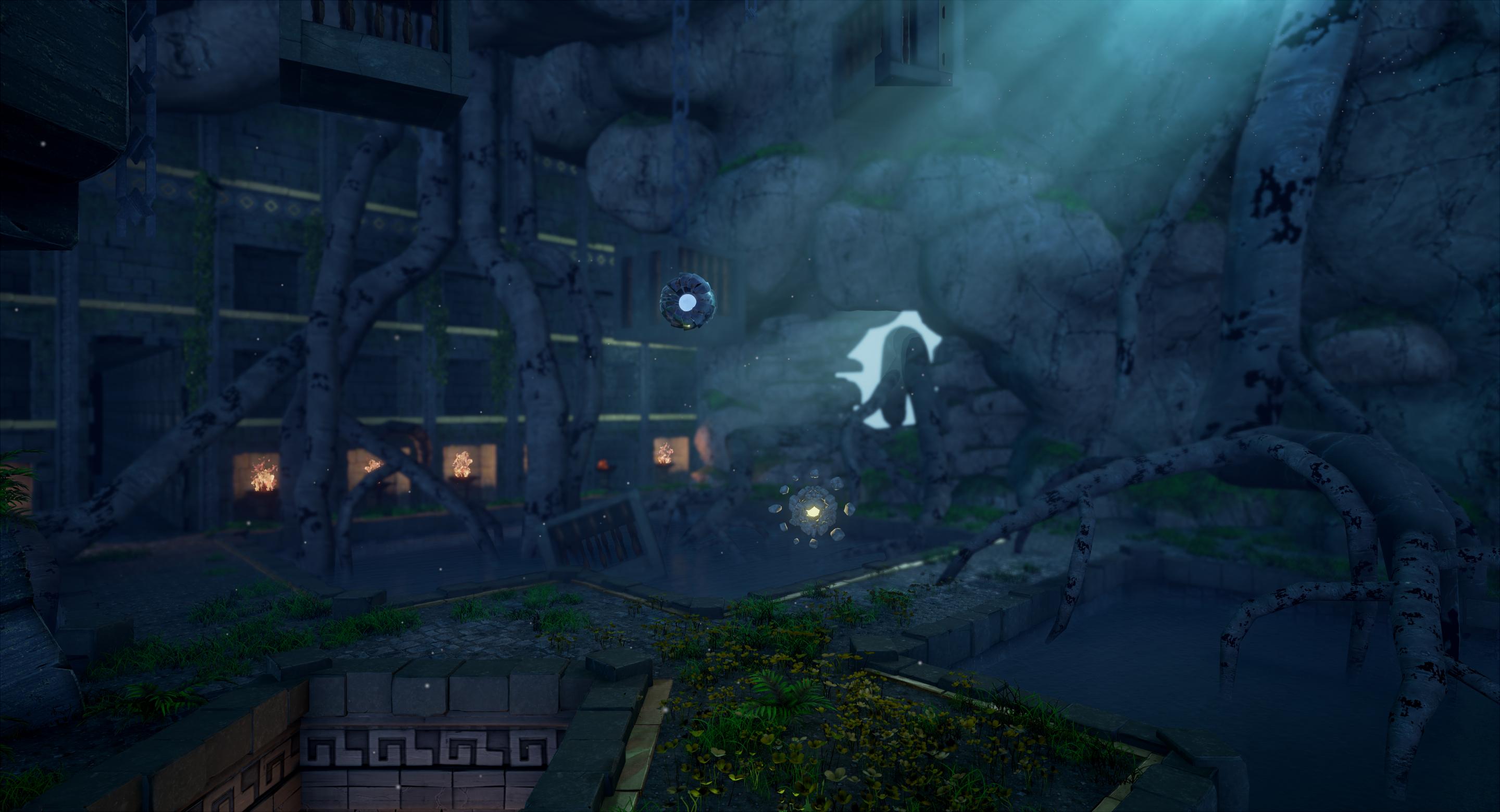 Release date
We initially aimed to release at the end of this year, but we've moved our release date to the second half of 2017.
The reason for this is quite simple: we need more time. As mentioned, the main thing we need to do right now is making things look good and be as bug-free as we can get it. We want to make sure we do it well, and so that is going to take quite some time.
For most of us this is the first game that we went this far with, from scratch to something we love, want to publish and want to share with you guys. And of course we don't want to deliver a half-finished product - we want to give you something awesome :D


Thank you very much for your support, and if you want to stay updated a bit more regularly, please take a look on our Facebook page[www.facebook.com].
And of course thank you for reading, let us know if you have any questions regarding Defend Your Friend, ourselves, or anything else you might be interested in :)

Thank you so much to everyone who voted for us, helped us out, and left us amazing comments!
It's been really motivating to see all the support from you guys.

We'll make sure to keep updating our facebook (Facebook.com/DefendYourFriend) and twitter (@FrenemiesDYF) throughout the development process. For now, we'll be celebrating that we got greenlit!

Again, thank you so much, from all of us at Frenemies.

Read More
Description
Release date: Second half of 2017
Defend Your Friend is a truly co-operative puzzle game.
Both players are not just important, but vital - each with a unique role to fulfill. Through working together, combining their abilities and having each other's back players make their way through carefully crafted puzzles inside an imposing ancient temple. Getting to understand the inner workings of the temple, and hopefully venture off to freedom.

Do you want to play a game with your friend, mom, dad or other relative - but you just cant find a game to easily play together?
Defend Your Friend is made so that it is easy to pick up for anyone new to games, with simple controls and well introduced mechanics. So if you want to introduce somebody to gaming, we've got you covered!

A game that makes sense

Heavily inspired by Portal 2 and Trine, the puzzles in DYF follow a certain logic, that reveals itself through playing the game. The game ensures players have enough resources to figure out this logic by themselves, discovering the rules of the world without lengthy tutorials.

- Something you can use to introduce a non-experienced friend or family member to gaming
- Local co-op to experience working together and high-fiving intensely
- Online co-op to ensure you can play with friends you can't always meet with
- Full controller support
- Challenging and interesting puzzles to solve
- A high concentration of lasers
- A strange and beautiful temple to explore
- The ability to defend your friend!

Defend your friend (DYF) is a 2D side (& up and down) - scrolling co-operative puzzle game where the players have to protect each other using their individual abilities. One player has a shield to block projectiles and reflect beams, while the other has a beam they can use to push away objects and activate mechanisms. Both players need to actively watch each other’s backs to make it through the multiple puzzles and traps, encountered inside the ancient temple they found themselves trapped in.

I'm afraid Defend Your Friend is on a long hiatus for now. We started this as a school project, but all of us are now working at different companies creating different things. So while we'd love to finish it up and release it, we're not sure how long it will take till we can do that.

When release? Or not worth wait?

Ayxs Sep 27, 2016 @ 7:23am
I was able to play the demo at a Dutch Game Garden event called Indigo. I foubd it a good game, i look forward to playing the full version when it comes out. Keep up the good work

BLEIPIONIER Sep 3, 2016 @ 1:21pm
Was able to test this game two weeks ago. It has a very good flow and combined with the asthetics, the games gives you a very satisfying experience while solving the game with you friend.
You can even play the game with people you just met and create a connection with them.

Bulletproof Outlaws Jun 10, 2016 @ 3:57am
Really interesting game concept! And way nicer looking than you could have gotten away with, so props for putting in the extra effort to make it pretty!