Greenlight > Games > HYPETRAIN's Workshop
Greenlight is being retired. For more information on how to submit games to steam, refer to this blog post.
This item has been removed from the community because it violates Steam Community & Content Guidelines. It is only visible to you. If you believe your item has been removed by mistake, please contact Steam Support.
This item is incompatible with Greenlight. Please see the instructions page for reasons why this item might not work within Greenlight.
Current visibility: Hidden
This item will only be visible to you, admins, and anyone marked as a creator.
Current visibility: Friends-only
This item will only be visible in searches to you, your friends, and admins.
The Wild Eight
Description Discussions7 Announcements2 Comments263 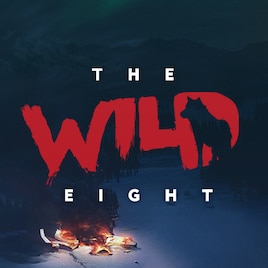 HYPETRAIN
Offline
See all 31 collections (some may be hidden)
Kickstarter

View The Wild Eight in the store

Today, we’ve released the Pre-Alpha Demo for The Wild Eight. This is a big step for us, since it’s the first playable code we’ve shared with the community.

The Pre-Alpha Demo was created to demonstrate some basic in-game mechanics. It’s not a final product in any way :)

We did not include multiplayer in this build, so your character will wake up alone near the crash site. Survival time! After figuring out the controls, don’t run straight away from the wreckage: Try to find something useful there... 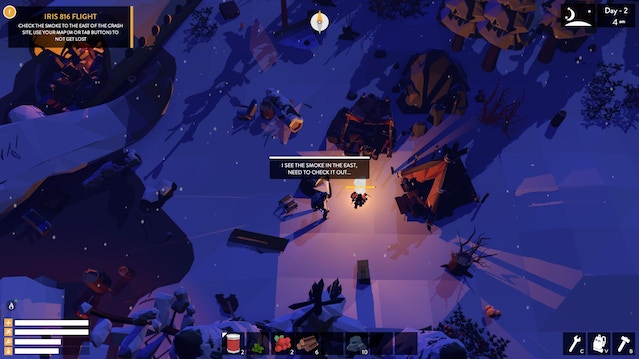 The bonfire is your new best friend. You’ll need it for getting warm and cooking mushrooms and meat. The terrain is full of animals, but hunting them with your bare hands is not that easy; it’s better to craft a heavy stick and some throwing stones. 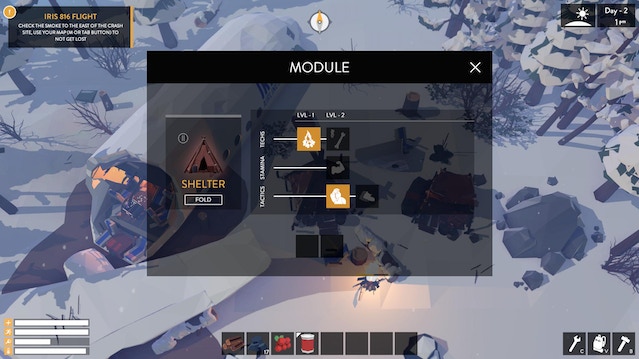 Is your hero not powerful or fast enough? Upgade his skills in the Shelter menu (Shelter Level 2 required). Now, you’re ready to leave the camp in search of rescue. The world is procedurally-generated, so remember to use a map to avoid getting lost. 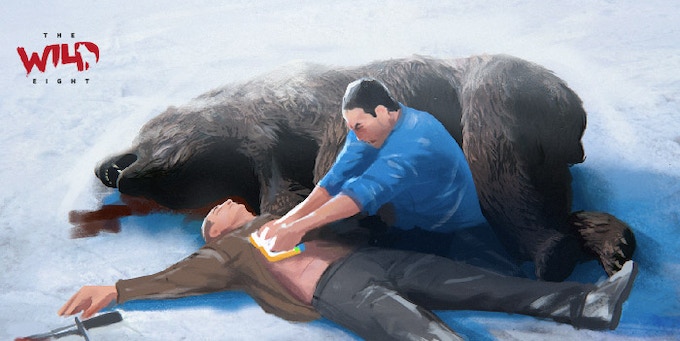 The Wild Eight is going well on Greenlight: only a day left and we have more than 600 "Yes" votes! Is one of them yours? Hope so!

For you funding us on Kickstarter is the only way to get an Alpha/Beta version of The Wild Eight or save some money with the Early Bird tiers. What is more, we have packs with 2, 4, and even 8 keys for you and your friends for a special price!

The Wild Eight is a co-op survival game with a mysterious storyline featuring a procedurally-generated world.

The game tells the story of eight people whose everyday lives are forever changed after a horrific plane crash. They now find themselves stranded in the middle of nowhere, deep in the forests of Alaska. Welcome to a world without civilization, where you and the other survivors are at the mercy of nature — and wild animals starved by the cold!

While the survivors await rescue, their lives are threatened by a number of mysterious entities, unseen creatures and objects that definitely don’t belong in this world. And the deeper you go, the harder it gets to survive. Through the storyline you’ll desperately try to reach help on the radio, but no one’ll answer you. Something is wrong here. In here is no room for mistakes: if you went hunting but forgot to cut some wood for the fire before nightfall, you’re dead. If you didn’t have time to cook your meat, you might have to eat it raw — and if you don’t have medicine, you’ll surely die from food poisoning. To stay alive, you’ll need to scavenge and craft like a pro.

You can play The Wild Eight on your own, but the game fully opens up in co-op mode. Other players are your only backup — either by sharing resources or covering your back! Even if you were mauled by wolves and "you died" appears onscreen, your teammate can still resuscitate you with a defibrillator (which are very rare to find, by the way).

A Mysterious World Outside Time and Space 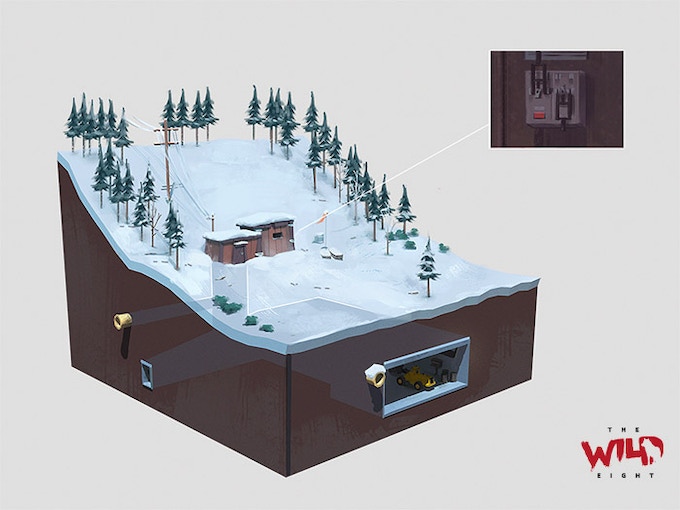 The game world is a little like a chessboard. It’s made out of tiles, and each of them is unique. At the start of the game, every tile is used to randomly generate a new world and distinct locations for each quest.

Time here moves fast: Temperature drops as it gets darker (you’ll need a bonfire!), and you’ll also need to secure some food if you intend to survive until morning. Weather varies from sunny to severe storms, with duration and intensity randomly decided by the game engine.

Are They All Friends? 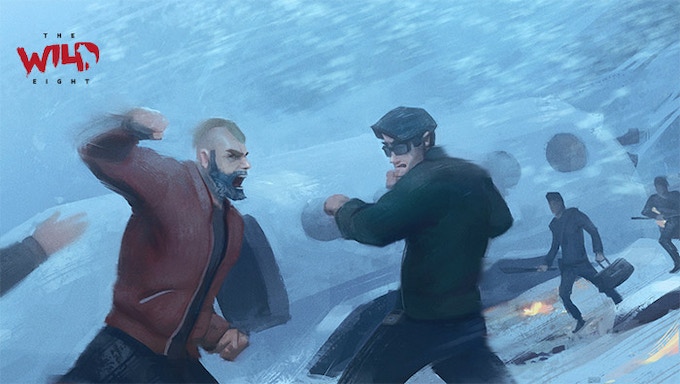 Survive and explore the forest side by side with other players or go solo. Cooperation is the right way to face this harsh world — that is, until a psycho is revealed to be part of the group! Will he or she go for the prize... or taste human flesh?

Survival is Not a Given

Death is at every corner — especially hunger and cold. Make sure to secure a constant supply of food by hunting or gathering, and spend time to cook it so that you stay healthy and warm. 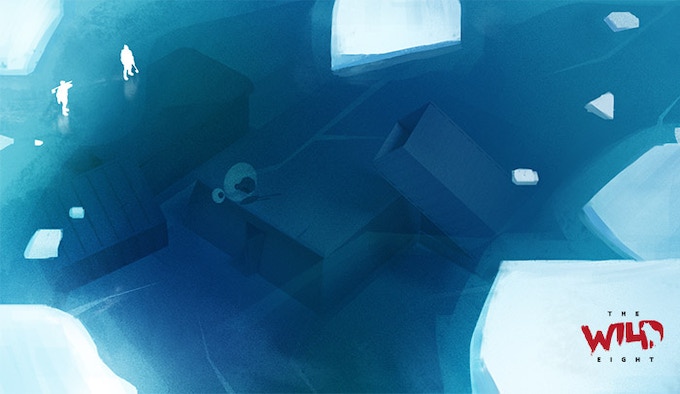 Leveling up is represented by linear categories, which are divided by related quests. Just as in real life, if someone suddenly turns away from civilization, he or she has to start by learning the basics: how to make a fire, how to navigate the woods, and how to craft armor, spears, bows — along with more sophisticated tools and weapons.

Crafting is the Only Way to Stay Alive 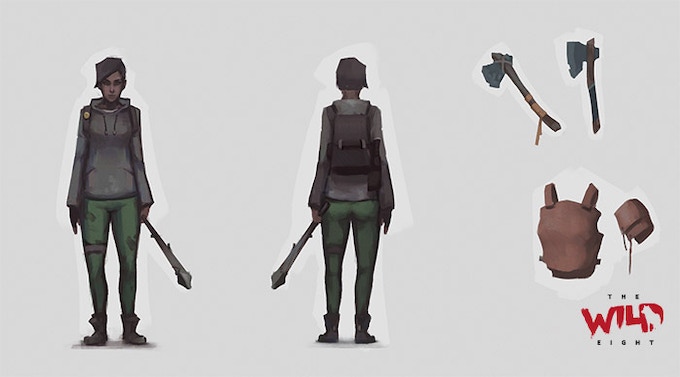 There are two types of crafting: on-the-go, and at the workshop. You can build base equipment like flares or basic weapons on-the-go. At the workshop, you have more resources: it is now possible to create and upgrade complicated objects such as custom backpacks, traps, bandages, and lots of other useful trinkets :) 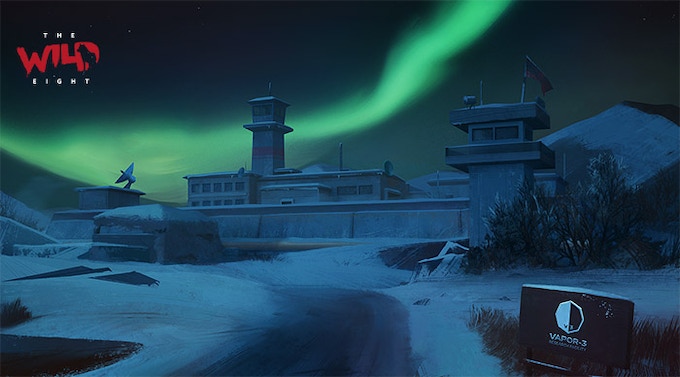 The game’s plot is divided into a main campaign and additional quests. You can finish the game without completing a single side quest; however, side quests are essential if you want to have a shot at a happy ending.

We’ll split the story into three; each one will be associated with the current location. When the location of the main story is initially generated, the location of all side quests will be randomly defined — placing key events in locations equally distant from one another.

Your Choice: Killing Vs. Running 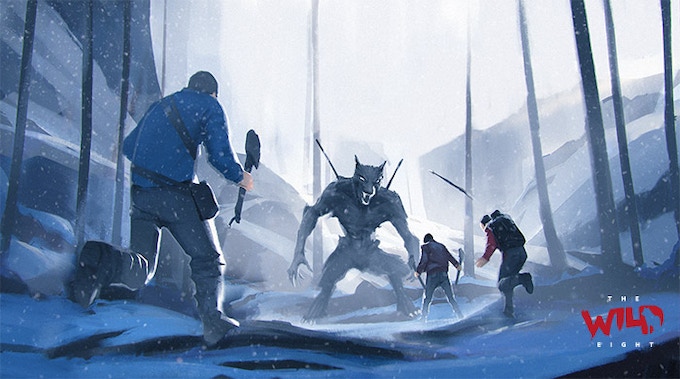 The game features two types of creatures: passive and aggressive. Passive are animals that don’t want to harm you. These are the easiest to hunt for: rabbits, deer, wild boars, etc. Passive behavior can also differ; for example, rabbits run away when you approach, while boars always try to fight back.

Aggressive animals can and will kill you in a head-to-head scramble. You’ll need to run or kill them with a good weapon. Keep in mind that even one bite might ruin everything; you’ll start to bleed immediately and there is only one chance to stay alive: bandaging yourself.

The soundtrack plays a key role in conveying the emotional undertones of the game to players. We are currently working on the main theme, which you'll hear during gameplay at different times.

Here are a couple of tracks hosted on Soundcloud. [soundcloud.com]

FOR MORE INFORMATION
We are constantly working on the game and would love to share some interesting news through our social networks. Looking forward to seeing you take part in The Wild Eight communities on Facebook[www.facebook.com] and Twitter!

We also highly appreciate your questions, comments and support throughout The Wild Eight's development.

Want to see The Wild Eight on Steam? Remember to vote!
Popular Discussions View All (7)

Smoke in the east
AtTheEdge

风天涯L Jan 28, 2017 @ 10:11pm
看起不错，挺期待的。希望游戏性和网络价钱一些方面都不错。Looks great! If it has a appropriate price and a good net environment,i will buy it.

The Wild Eight has been Greenlit and is now listed in the Steam store. For the latest information, purchase options, and discussions for The Wild Eight, please see it on the Steam Store or in the Steam Community.
Visit Store Page
For more details Visit Community Hub
For latest discussions
If you really, really want to, you can continue to the Greenlight page. Information on this page may be out of date, since all the action has moved to the areas noted above.