Greenlight > Games > ValRay's Workshop
Greenlight is being retired. For more information on how to submit games to steam, refer to this blog post.
This item has been removed from the community because it violates Steam Community & Content Guidelines. It is only visible to you. If you believe your item has been removed by mistake, please contact Steam Support.
This item is incompatible with Greenlight. Please see the instructions page for reasons why this item might not work within Greenlight.
Current visibility: Hidden
This item will only be visible to you, admins, and anyone marked as a creator.
Current visibility: Friends-only
This item will only be visible in searches to you, your friends, and admins.
RPG Fighter League
Description Discussions2 Announcements1 Comments106 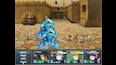 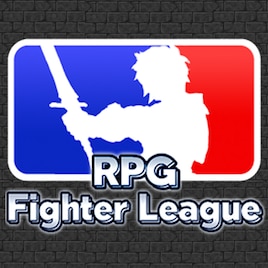 ValRay
Offline
See all 19 collections (some may be hidden)

YAAAAAAAAAYYYYYYY!!! I just wanted to announce that RPG Fighter League was Greenlighted by Valve!! That really a great news and I wanted just to thank everybody over here and this great community. The game is far from over, but with your support and help, I know I can make a great RPG that a lot of people would love to play again and again.

Now I need to understand everything I need to do for the next step, but I'm very happy with the result I have right now with RPG Fighter League. T

Thanks again eveyone and I hope that with your feedback and help with my game, we will craft this unique and great video game experience! Let the fight continue!

See you soon with some new update from the game.

Read More
Description
Release date: Q3 2016
Battle inside the Colosseum with the best team of your choices in RPG Fighter League.

Assemble the best team of warriors and enter in the Fighter League to battle against the greatest monsters and fighters to become the new champion of the Coliseum! Fight and win all the Leagues to acquire Fans and Trophies to earn your place in the Playoffs. Each League features new challenges with new enemies, game mechanics, boss fight, rewards, secrets and characters to uncover.

This game will be weekly updated with more content choose by you, the gamer. Weekly vote pool will be available to choose which new content will enter the game.(New leagues, equipments, characters, secrets and more) A game where the player can choose what will be there next challenge and some other surprises!

Use strategies, great skills and magic to defeat your opponents in this homage to classic RPG Gameplay mechanics with new features from today. Only the strongest and wisest fighters can defeat all the Leagues.

In a world where everything is settled in a good fight, every warrior wants to have a chance to enter the Fighter League. Henry Forge is a member of that league, and a descendant of a great family of fighters. His sole desire is to finish what his family started, and meet the enigmatic Architect, creator of the Colosseum, and be inducted into the Hall of Champions by his own merits.

Fight, train, and meet comrades on your way to the top! Experience an adventure where choosing, and developing, the right members of your team really matter to be victorious in battle! Learn about the creation of the Fighter League and the Colosseum. Unfold the story about Henry and the members of his family with encounters of great characters in a world where everything can be solved by fighting to death!


The game is still in progress. But with your feedback, we'll build a great RPG that will be fun to play and have a great long life! Thank you for your support!
Popular Discussions View All (2)

What is the most important thing for you in a RPG?
ValRay
< >
106 Comments

They are too small in combat and are like ants to the enemies.

ValRay  [author] Mar 9, 2016 @ 3:33pm
@lostchild14K I will try to add a page into my website to give you an update about the lore around the Leagues and the Colosseum. Everything will be reveal in time (if you play the game) ;)

@PbICb hummm Thanks! I dont know what to say ;)

@Rdfinox, thanks for playing the demo I will try to catch up and fix this bugs because it's a bit show stopper in the demo to see the leagues guard by Sylverstre. I hope you liked the overall experience :D
< >

RPG Fighter League has been Greenlit and is now listed in the Steam store. For the latest information, purchase options, and discussions for RPG Fighter League, please see it on the Steam Store or in the Steam Community.
Visit Store Page
For more details Visit Community Hub
For latest discussions
If you really, really want to, you can continue to the Greenlight page. Information on this page may be out of date, since all the action has moved to the areas noted above.