Greenlight > Games > EidolonGames's Workshop
Greenlight is being retired. For more information on how to submit games to steam, refer to this blog post.
This item has been removed from the community because it violates Steam Community & Content Guidelines. It is only visible to you. If you believe your item has been removed by mistake, please contact Steam Support.
This item is incompatible with Greenlight. Please see the instructions page for reasons why this item might not work within Greenlight.
Current visibility: Hidden
This item will only be visible to you, admins, and anyone marked as a creator.
Current visibility: Friends-only
This item will only be visible in searches to you, your friends, and admins.
Aurora Redemptus
Description Discussions0 Comments17 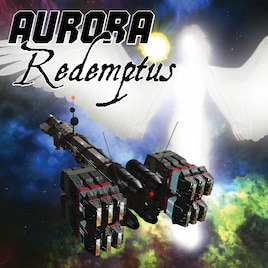 EidolonGames
Offline
See all 3 collections (some may be hidden)
Description
Take command of a squad of starships in tactical turn based combat. Each turn you dictate the course for each of your ships, then watch the battle play out in real time. Plan ahead, outflank the enemy, and keep your ships alive.

Assemble your fleet from a variety of ship hulls and components, then go up against your friends in frenzied multiplayer showdowns.

supernet2 Mar 7, 2019 @ 9:21pm
I have the Early access game through HumbleBundle. I'd like to ask, what is the status of this project, since it's been greenlit on the steam platform?

HellCow (DannyDOA) Nov 25, 2016 @ 10:08am
Hey, if your interested i coud promote your game or/and if you need/want i can test the game.
Also i can get some more testers if necesary, Add me if interested in steam or send me a mail: Liecis19@gmail.com

JimDeadlock Jul 1, 2016 @ 3:46pm
Looks like a less complicated take on Gratuitous Space Battles, I like it! Cross-platform needs to include Linux though!

General_Huven Jun 7, 2016 @ 3:57pm
Hey its me from gaming con the really good guy at this game cant wait till it comes out on steam

EidolonGames  [author] Jun 6, 2016 @ 7:33pm
@Khell That's actually a pretty valid concern. The story asks the question: What if there was a non-mystical event that gave rise to all of the creation myths. Definitely not trying to push an agenda or message.

neophytegod Jun 5, 2016 @ 12:52pm
played this at my local gaming con... it was super fun!
totally captures the idea of easy to pickup but difficult to master.
love this game