Greenlight > Games > Whampi's Workshop
Greenlight is being retired. For more information on how to submit games to steam, refer to this blog post.
This item has been removed from the community because it violates Steam Community & Content Guidelines. It is only visible to you. If you believe your item has been removed by mistake, please contact Steam Support.
This item is incompatible with Greenlight. Please see the instructions page for reasons why this item might not work within Greenlight.
Current visibility: Hidden
This item will only be visible to you, admins, and anyone marked as a creator.
Current visibility: Friends-only
This item will only be visible in searches to you, your friends, and admins.
Gravity Leap
Description Discussions0 Announcements1 Comments14 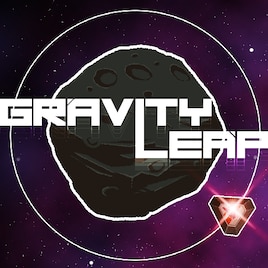 Whampi
Offline
See all 3 collections (some may be hidden)
Recent Announcements View All (1)
Thanks to Everyone!
July 13, 2016 - Whampi

It will take at least a few months until the game is released in Steam, there's quite a lot that need to be fixed and some that needs to be redone, like a better trailer explaining everything the game has to offer, to name one.

Read More
Description
Gravity Leap: An arcade style game where learning how to use gravity to your advantage is your greatest skill.

Gravity Leap started as an local multiplayer game, where there was 2 different modes:

After those two core concepts where done we started playing with the idea of a single player game where we combine those two mechanics into into one, and with that we unified the entire system and change its name, and thus gravity leap was reborn.

The other 2 local multiplayer modes are will still be present where up to 4 players can duke it out, now with more powers and modes.

Long ago there was only chaos and destruction but one person changed it all, and that person was EYES, he conquest and destroyed everythng in its path that contradicted him, until in the end the old system was no more and the galaxy was under his sole supreme rule.

Under its 400 year long reign there has never a longer and widespread peace, but now his last days are aproaching and thus war is in the horizon unlest a child of his can prove to be worthy enought to be his succesor and keep everything under control.

You are one of his hundreds of childs and a candidate to succesion, and you must prove yourself to be the one true succesor of EYES by getting through his defenses and finishing the job, after all there can only be one.

Whampi  [author] Jan 27, 2016 @ 1:42am
Thanks everyone for the support!!
@girlfoxgirl @thelastmonte will try to get a longer just gameplay video in a couple of days, giving a better idea of how it plays.