Greenlight > Games > Badland_Publishing's Workshop
Greenlight is being retired. For more information on how to submit games to steam, refer to this blog post.
This item has been removed from the community because it violates Steam Community & Content Guidelines. It is only visible to you. If you believe your item has been removed by mistake, please contact Steam Support.
This item is incompatible with Greenlight. Please see the instructions page for reasons why this item might not work within Greenlight.
Current visibility: Hidden
This item will only be visible to you, admins, and anyone marked as a creator.
Current visibility: Friends-only
This item will only be visible in searches to you, your friends, and admins.
Zenith
Description Discussions6 Announcements2 Comments333 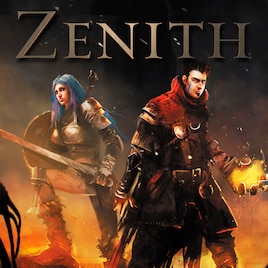 View Zenith in the store

We're happy to announce that in addition to EFIGS Zenith will be fully localized into Russian. Yep, that's right. There's been a lot of interest and hey, we live to serve the fans! So get the word out and tell everyone to come vote for Zenith!

Wow, thanks to the incredible support of the Steam community (aka you guys!) Zenith is already in the top 30 Steam Greenlight games! Keep spreading the word!

Zenith is an action RPG that combines that feel of the golden era RPG games with a generous dose of humor and parody. The game counts with a solid story which unfolds in a fantasy world populated by dozens of unorthodox characters.

Adventuring, exploring ruins, accidentally unleashing the apocalypse, saving the world… you’ve done it all, and so has Argus. And, frankly, he’s a bit fed up with the whole thing. He used to be a wizard, which was fine and all, but he’s in his 30s now, and he wants to settle down, get some peace and quiet.

But that’s not easy to get with all those spike-haired buffoons dragging their giant swords around and ruining the pavement. Specially when you’re trying to keep a dangerous artifact hidden from meddling heroes with a chosen one complex.

Argus may be a scholar, but he's quite nimble when it comes to combat magic. And that's a good thing. Just... don't try to hug the monsters. That... doesn't quite work in here.

A varied range of spells!

Forget about rusty daggers. Argus is a wizard, so he uses spells! Choose and master your preferred element. Or all of them. Some grinding never hurt anyone.

It is a world full of mages. Regular locks are for peasants. And nobody likes lockpicking minigames anyway.

Gear up from head to toe! How fortunate everything you find is your size.

-An actual story that is "really" happening in the game universe. It's not allegorical or oneiric bulls.hit. We swear.

-Tons of dialogue lines. We put some serious effort in them. Yeah, we know you're going to skip them anyway, but at least we'll try to make you feel guilty about it.

-Heavy in humor, but not to the point of "anything can happen because the funnies". The jokes work for the story, and not the other way around. We have some standards! We... may not have seen them in quite a while, but they must be around the office, somewhere.

-Parodies and references. Because poking cruel jokes at successful franchises is a good way to drown our bitter envy. Eh... We mean... Because some well meaning fun will strengthen our fraternity bonds with the fellow creators of the world.

-No multiplayer. Yup. This is a feature these days.

-Some exclusive music pieces by the talented Murray Atkinson. No, we are not gonna make a joke here. The guy rocks.

If you want to know more about us, these may come in handy:

Zenith has been Greenlit and is now listed in the Steam store. For the latest information, purchase options, and discussions for Zenith, please see it on the Steam Store or in the Steam Community.
Visit Store Page
For more details Visit Community Hub
For latest discussions
If you really, really want to, you can continue to the Greenlight page. Information on this page may be out of date, since all the action has moved to the areas noted above.