Greenlight > Games > sadsquarestudio's Workshop
Greenlight is being retired. For more information on how to submit games to steam, refer to this blog post.
This item has been removed from the community because it violates Steam Community & Content Guidelines. It is only visible to you. If you believe your item has been removed by mistake, please contact Steam Support.
This item is incompatible with Greenlight. Please see the instructions page for reasons why this item might not work within Greenlight.
Current visibility: Hidden
This item will only be visible to you, admins, and anyone marked as a creator.
Current visibility: Friends-only
This item will only be visible in searches to you, your friends, and admins.
Visage
Description Discussions14 Announcements10 Comments359 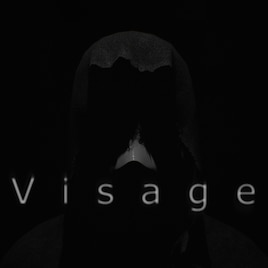 sadsquarestudio
Offline
See all 157 collections (some may be hidden)
Kickstarter

View Visage in the store

To all our wonderful Visage fans,

Thanks to your incredible support, the Visage Kickstarter campaign was a great success!

Visage gets a major game expansion (& a secret side quest)
Our special Kickstarter “$10 on the 10th” pledge-boost rally, held on March 10, was a fantastic success itself, raising $11K CAD in a single day and — more excitingly — helping us to hit the game expansion stretch goal.

Thanks to the awesome Visage Kickstarter community that turned out for the rally, Visage will be getting a major expansion — bigger and more elaborate environments, enhanced animations, and a broader, greater, grander game experience all the way around.

The names of the nearly 500 Kickstarter backers who participated in the rally will be featured within the game as a secret side quest for all Visage game players to discover.

Consoles, VR, & multiple languages
In addition to the game expansion, the other stretch goals we met mean that Visage will feature VR and multilingual support. And besides coming to Steam for PC, Visage will also be released for PlayStation 4 and Xbox One — for all those of you who’d rather be terrified on console. ;)

For VR, our current plans are to support Oculus Rift, Steam VR, and PlayStation VR. (Please note this hardware list is preliminary and may be subject to change.)

For multilingual support, our current plans are to offer French, German, Russian, and Spanish subtitles. Other languages may be added later, depending on demand.

What comes next?
We’re hard at work on Visage every day, and we’ll continue to post updates as we move along in the development and production process.

We’ll post major developments and big Visage news here on our Steam Greenlight page, so you can keep tabs on how things are progressing.

If you’d like more frequent updates — and if you want to get the first look at new Visage trailers, screenshots, and other preview goodies as soon as we put those out — make sure to follow us on Facebook, Twitter, YouTube, and Google+.

Thank you for your support!
With the Kickstarter at a close and Visage on its way to becoming a reality, we wanted to take a moment to say thank you to all of you who supported us —

THANK YOU to each and every single one of you. We’re so grateful for your support, and we can’t wait to bring Visage to you. It’s going to be awesome!

With just over two weeks left to go in the Visage Kickstarter campaign, we wanted to give everyone an update on how the campaign is progressing.

We’re now only about $4K CAN / ~$2.8K USD away from our next stretch goal, which adds more characters to the game.

Visage for consoles & VR
We’ve already met our first two stretch goals: Besides coming to Steam for PC, Visage will also be released for PlayStation 4 and Xbox One (Stretch Goal #1) and will feature VR support (Stretch Goal #2).

Our current plans are to support Steam VR, as well as Oculus Rift and PlayStation VR.

You can find more information about our VR plans in the FAQ section of our Kickstarter page: https://www.kickstarter.com/projects/1058493022/visage-horror-game#project_faq_162264

Upcoming stretch goals
The next stretch goal is at $75K CAN / ~$52.5K USD, adding more characters to the game, to make your journey through the Visage world that much more terrifying.

After that, $85K CAN / ~$60K USD adds multilingual support, and at $110K CAN / ~$77K USD, we expand Visage with a major game extension — bigger environments, enhanced animations, and a more elaborate game world all the way around.

Want to see an expanded Visage with more characters and more environments? Add your support to our Kickstarter and help us keep spreading the word about Visage: https://www.kickstarter.com/projects/1058493022/visage-horror-game

Thank you for your continued support, Visage fans! We’re so grateful to everyone who’s helped us get the word out about Visage and make the Kickstarter a success.

SadSquare Studio
Read More
Description
Release date: TBA 2018
*This video presents the alpha version of the game. The final result will be polished and bug-free.

Environment
The game will be set inside a huge house in which terrible things have happened. You’ll wander through the gloomy corridors, explore every dead room, and get lost in endless mazes, your head filling with memories of the dead families that once lived in this very home. This twisted environment, void of any life other than yours, will take you to places you couldn't even bear imagining.

Storyline
This house is stained with a terrible past. Families were brutally murdered by their own family members, people went insane, many committed suicide, and other grisly events. Each and every room has its story painted on an invisible canvas. As a player, you will relive this dark past, and each of its fragments will leave you restless and terrified. You’ll soon wish you could join the house’s dead in their abyss, but even death won't help you leave this place. Will you run from it, or will you try to uncover the truth behind the shadows?

Gameplay
In Visage, you are defenseless; no weapons could save you from the dreadful entities stalking you from the next corner, the next door, or underneath your feet. You’ll be able to pick up key elements, interact with the environment, and search for things that may help you escape this nightmare or pull you deeper into it.

Dying will be part of the game. You’ll need to avoid terror at all costs, as dark entities are attracted to it. Maintaining your mind as sane as possible will keep you from joining the ranks of the dead. Doing so will not be easy, and you'll have to figure out ways on your own to avoid going insane. There are no tutorials on how to survive such atrocities.

*Note that some of the following features might change; we will keep you updated.

Features
- Most of the events in Visage are randomly activated throughout the game. Each playthrough will be greatly different.
- Choices will lead to different endings.
- Virtual Reality will be supported.
- You’ll be immersed in a cutting-edge 3D environment, thanks to Unreal Engine 4.
- It will be available on PC, Xbox One and PlayStation 4.

Deistandluciddream Jul 16, 2018 @ 9:44am
I look forward to the game with great impatience. we will play when we play and I wish the game sales price to be small

Visage has been Greenlit and is now listed in the Steam store. For the latest information, purchase options, and discussions for Visage, please see it on the Steam Store or in the Steam Community.
Visit Store Page
For more details Visit Community Hub
For latest discussions
If you really, really want to, you can continue to the Greenlight page. Information on this page may be out of date, since all the action has moved to the areas noted above.