Greenlight > Games > RagTagRadical's Workshop
Greenlight is being retired. For more information on how to submit games to steam, refer to this blog post.
This item has been removed from the community because it violates Steam Community & Content Guidelines. It is only visible to you. If you believe your item has been removed by mistake, please contact Steam Support.
This item is incompatible with Greenlight. Please see the instructions page for reasons why this item might not work within Greenlight.
Current visibility: Hidden
This item will only be visible to you, admins, and anyone marked as a creator.
Current visibility: Friends-only
This item will only be visible in searches to you, your friends, and admins.
Laser Lasso BALL
Description Discussions0 Announcements1 Comments65 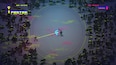 RagTagRadical
Offline
See all 3 collections (some may be hidden)

There's new album by Slothfella, the creator of the awesome music for Laser Lasso BALL!
Check it out SAVAGE MOUNTAIN[slothfella.bandcamp.com]!

(I can't get enough of this track.)

Read More
Description
Release date: 2015
Laser Lasso BALL
Beings from across the galaxy battle in the deadliest sport in the universe in this Local Multiplayer alien Deathsport.

Somewhere... there is the planet Nux. All sentient species are eventually drawn to Nux... to compete in the deadliest sport in the universe. LASER LASSO BALL

STORY
Nux exists as a drifting rogue planet. All sentient species feel an innate draw to it when it is near. It is part of what calls beings to travel the stars. Participating in the arena is a privilege, yet it is open to everyone. The world is dark and empty, but in the arena death becomes an act of creation and color. It is believed that each death in the arena births a new star in the sky. 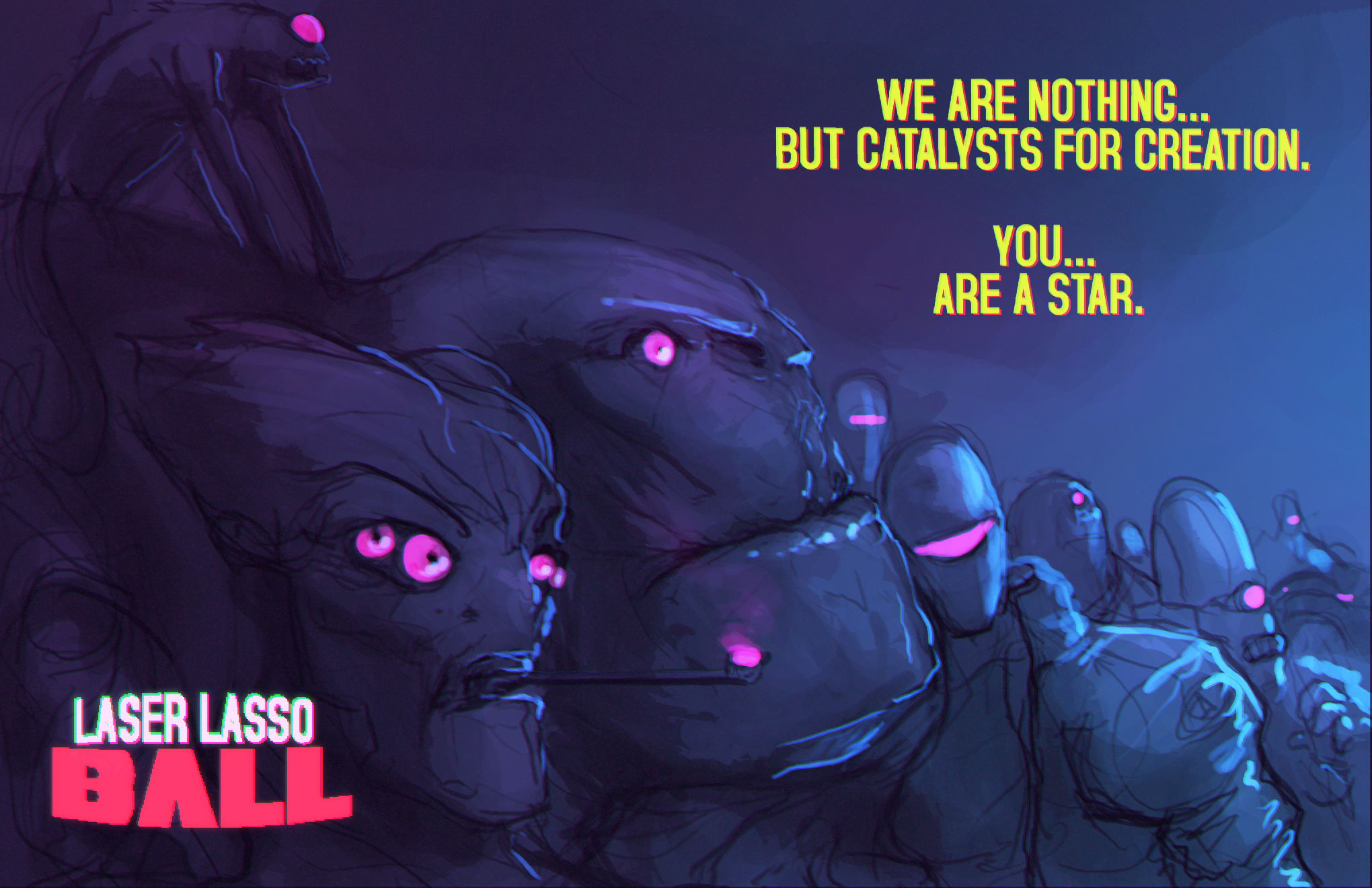 FEATURES
Gameplay
When a player enters the game they are assigned a roster of 13 alien fighters from the crowd.  Fighters lasso themselves to the Pivot and leap into the arena, one after the other.  Each fighter is an individual, with a name and a history.  And when they die, they're lost to the stars.

The BALL
The game is played by hitting the BALL back and forth along a beam.  Each time the BALL is hit its speed increases into infinity.  Being hit by the BALL at any time is death, even when it's on the opponent's beam.

Charging and Stalling
Dashing in and attacking will Charge the BALL.  This increases the BALL's speed and causes damage to the Shield.

Dashing Out and attacking will Stall the BALL.  This reduces the BALL's speed and breaks up the pace.  While Stalled, the player can continually attack the BALL to Charge it, making it more deadly.  Or perform a Burst which breaks the BALL off of the beam and sends it flying at the opponent!

Weapons
Certain actions will cause random Weapons to spawn at the Pivot.  Dash to the center and hit the weapon to fire at your opponent!

Secrets and Sacrificies
The crowd wants to see a good match and may find ways to trigger the infamous DANGER MODE.

Subscribenstein Apr 1, 2016 @ 6:32pm
I played this at Indie Game Con, I think? It was one of my favorites from the show and I am quite excited for the release!

Laser Lasso BALL has been Greenlit and is now listed in the Steam store. For the latest information, purchase options, and discussions for Laser Lasso BALL, please see it on the Steam Store or in the Steam Community.
Visit Store Page
For more details Visit Community Hub
For latest discussions
If you really, really want to, you can continue to the Greenlight page. Information on this page may be out of date, since all the action has moved to the areas noted above.