Greenlight > Games > Vifth Floor's Workshop
Greenlight is being retired. For more information on how to submit games to steam, refer to this blog post.
This item has been removed from the community because it violates Steam Community & Content Guidelines. It is only visible to you. If you believe your item has been removed by mistake, please contact Steam Support.
This item is incompatible with Greenlight. Please see the instructions page for reasons why this item might not work within Greenlight.
Current visibility: Hidden
This item will only be visible to you, admins, and anyone marked as a creator.
Current visibility: Friends-only
This item will only be visible in searches to you, your friends, and admins.
VOID
Description Discussions1 Announcements3 Comments184 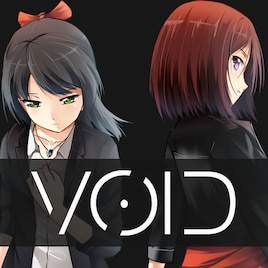 Vifth Floor
Offline
See all 53 collections (some may be hidden)
Indiegogo
Recent Announcements View All (3)
VOID has been released
November 2, 2017 - Vifth Floor

Hello everyone,
After a long delay and multiple changes on story and art aspects, VOID now can be purchased through it's new page.

Looking forward to your comment about VOID!
Happy reading ;)

Through community's feedback, we have revised our price to just $6 for the full game!
Get it now on our indiegogo page ;)
https://www.indiegogo.com/projects/void-visual-novel

Void is a mafia-themed visual novel project from Vifth Floor team.
The story is a mix of dark mafia life with a lot of dark comedy, which is a really unique mix to be read by visual novel experts and also casual readers who want to enjoy story plots with great illustration and beautiful music. It's a dynamic visual novel with route choices and more than 10 hours of gameplay.

Synopsis
The story revolves around Arthur Woods, a young man trapped in his past. When his girlfriend died 5 years ago, time had stopped for him. Seeking revenge, he infiltrated the mafia organization known as "The Syndicate". Armed only by his wits and intelligence, he must climb to the top of the organization and eliminate whoever was responsible for his girlfriend's death.
Arthur was living in the mafia world, but he kept a normal campus life as a facade. Along the way, he met Julie Ross--the vigilante girl, and Ciel Blanchette--an enigmatic girl that could turn into his enemy at any second. 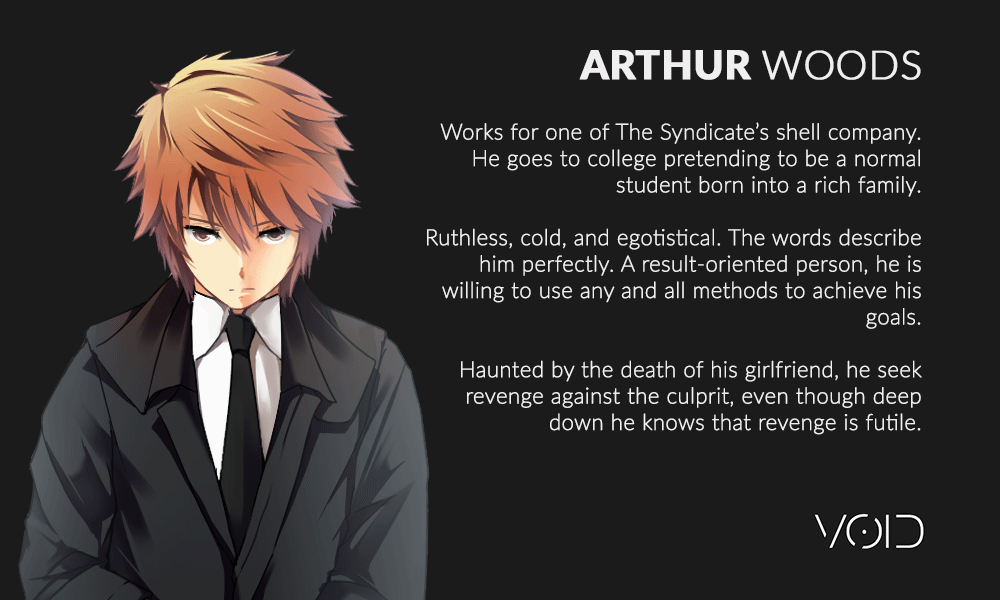 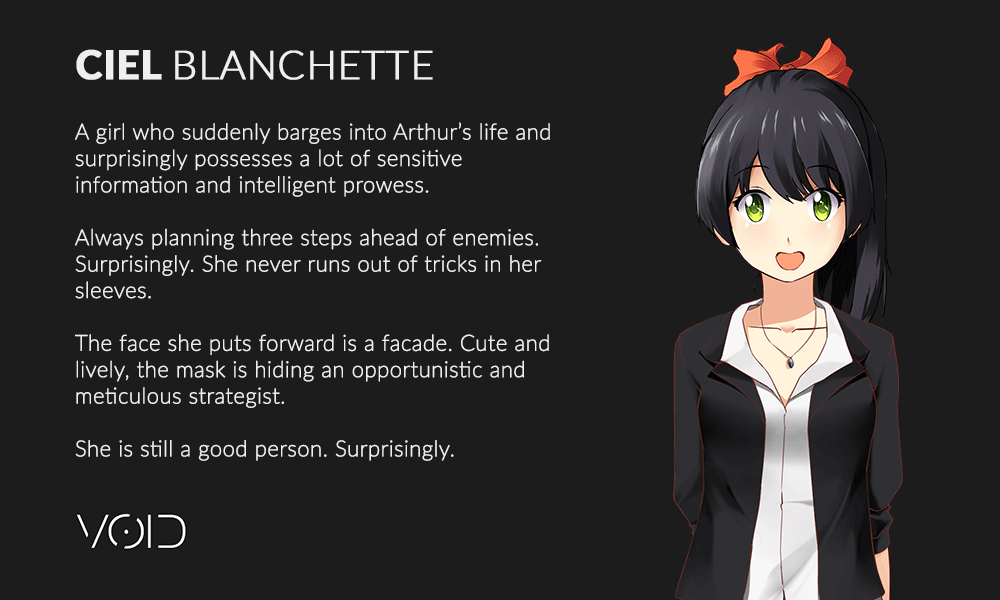 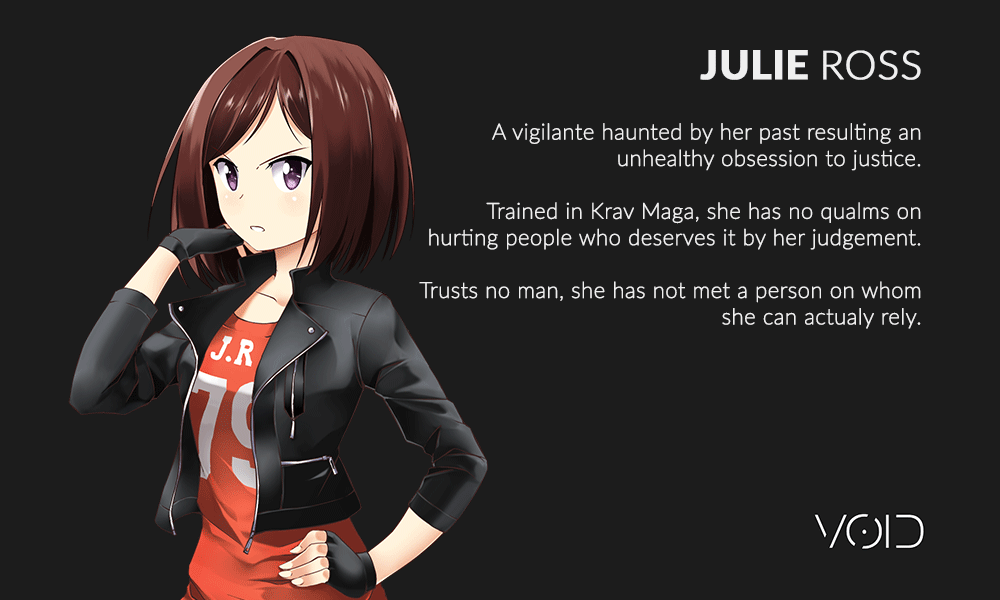 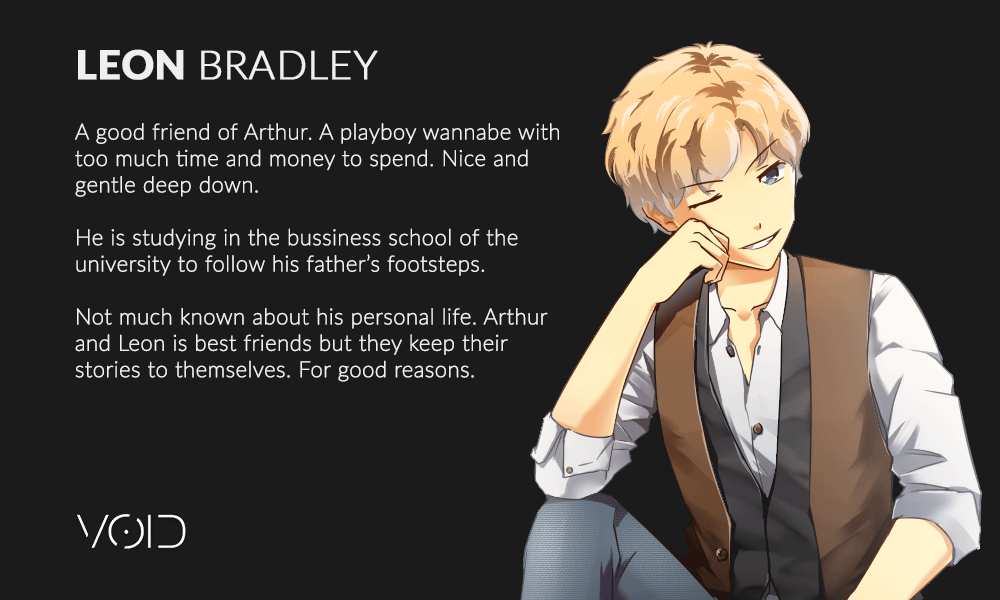 Vifth Floor  [author] Jul 12, 2016 @ 4:06am
@SCP and everyone
We can't say the release date yet, but we will continue the development after Just Deserts title with greater team :)