Greenlight > Games > Warren Smith's Workshop
Greenlight is being retired. For more information on how to submit games to steam, refer to this blog post.
This item has been removed from the community because it violates Steam Community & Content Guidelines. It is only visible to you. If you believe your item has been removed by mistake, please contact Steam Support.
This item is incompatible with Greenlight. Please see the instructions page for reasons why this item might not work within Greenlight.
Current visibility: Hidden
This item will only be visible to you, admins, and anyone marked as a creator.
Current visibility: Friends-only
This item will only be visible in searches to you, your friends, and admins.
Dark Flame
Description Discussions1 Announcements11 Comments85 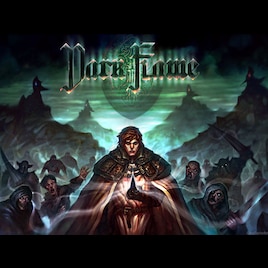 Warren Smith
Offline
See all 35 collections (some may be hidden)
Recent Announcements View All (11)
December 2017 Update
December 6, 2017 - Warren Smith
Hello Steam Community!
It's been a little over a year, so it's probably time for another update on Steam!
...
..
.

Thank you all for your interest in this project. To answer your most important question - yes - this game is still being developed! I had plans to have it finished by October of this year, but things in life happened and caused delays. Unlike a large gaming company, when a life event happens, the game development stops for a bit, so it's caused some delays. Anyways, everything is getting back on track and I'll be doing my best to play catch-up and finish this game as soon as possible while still giving it the love that it needs/deserves. I appreciate all of your patience and I'll try to release before Chasm does!

I hope you all have a great holiday! Thanks for your understanding and support!

I wanted to push out another update on Steam since I don't post on here often.

Anyways, things are going well with development (especially thanks to Patreon supporters[www.patreon.com]). The $1/mo doesn't sound like much, but every bit definitely helps. I'm in the middle of polishing up another build for the start of next month. Much has changed (since the last video was posted on here) for the better! This includes better looking environments, more fluid gameplay, more features, as well as some other stuff. I am truly falling in love with this game because it's turning out to be the game that I've been wanting to play!

This project has come a long way and I can't wait to show you all what's in store!

Read More
Description
Release date: TBD
A beautiful 2D ARPG throwback to retro greats. Dark Flame brings you the perspective of a knight who must battle the horrific conveyance of unknown evil that has overtaken his order. Featuring large, hand-crafted environments, tailored gameplay, and an armoire of weapons, armor, and magic, the game blends classic with new to bring a unique experience!

**This game is currently in a Pre-Alpha stage**
**There is a Pre-Alpha demo available at the IndieDB page**
Story:
You play the role of Taharial; a crusader in the midst of the Batlic Crusades. Upon discovering a mysterious onset of insanity by unknown causes among his brothers, Taharial set's forth to purge the area of evil and persevere through the dark possessive powers before all is lost in chaos.

Hyperbog Sep 15, 2017 @ 8:32pm
I have been wanting to play a game like this since SotN which I actually owned and played back in '97. I've purchased many "metroidvania" platformer style games on Steam, and the Dark Flame demo I played from the Patreon page had me entertained more than any of the other games I've played. I will certainly pay full price for this when it's released.

Fans would like to know what is going on. At least some words every month would be appreciated. :O)

夜月禅星Ver.陆战型 Jun 5, 2017 @ 5:44am
I am a fan of Castlevania, you create this game is great, because it reminds me of my childhood playing FC (NES) period, this game is the best, thank you for your efforts, I published the text meaning is to tell you that, in the same amount of China, several let you imagine this type of game player