Greenlight > Games > Armor Games Studios's Workshop
Greenlight is being retired. For more information on how to submit games to steam, refer to this blog post.
This item has been removed from the community because it violates Steam Community & Content Guidelines. It is only visible to you. If you believe your item has been removed by mistake, please contact Steam Support.
This item is incompatible with Greenlight. Please see the instructions page for reasons why this item might not work within Greenlight.
Current visibility: Hidden
This item will only be visible to you, admins, and anyone marked as a creator.
Current visibility: Friends-only
This item will only be visible in searches to you, your friends, and admins.
BunkerSIM
Description Discussions12 Announcements6 Comments340

Greetings, bunker builders! As BunkerSIM gets closer to release, we're moving towards a monthly update system to keep you in the loop on its progress. This month, you can read a bit about how moving to Unity has changed the game's capabilities, the team's plans for the game's legacy, some world mechanics, and more! Watch this space, and help us spread the news!

Francis and I have been working on Bunker Sim for more than a year. Last week, at PAX East, it felt like it was worth every hour of our lives we put into it. We were showing off the game for the first time at the Armor Games booth. We finally got the chance to meet face to face with other team members we have been in contact for years over the internet. 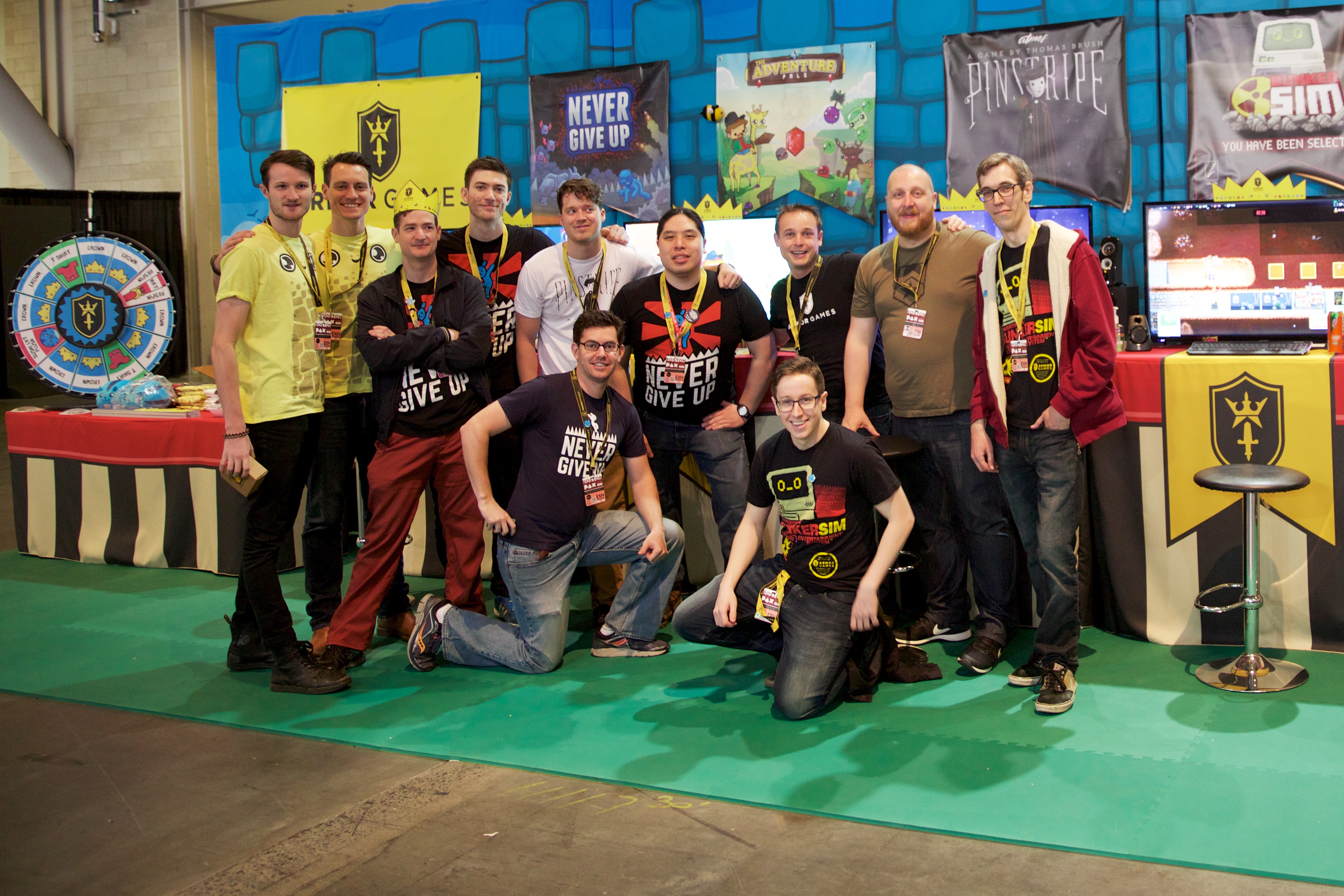 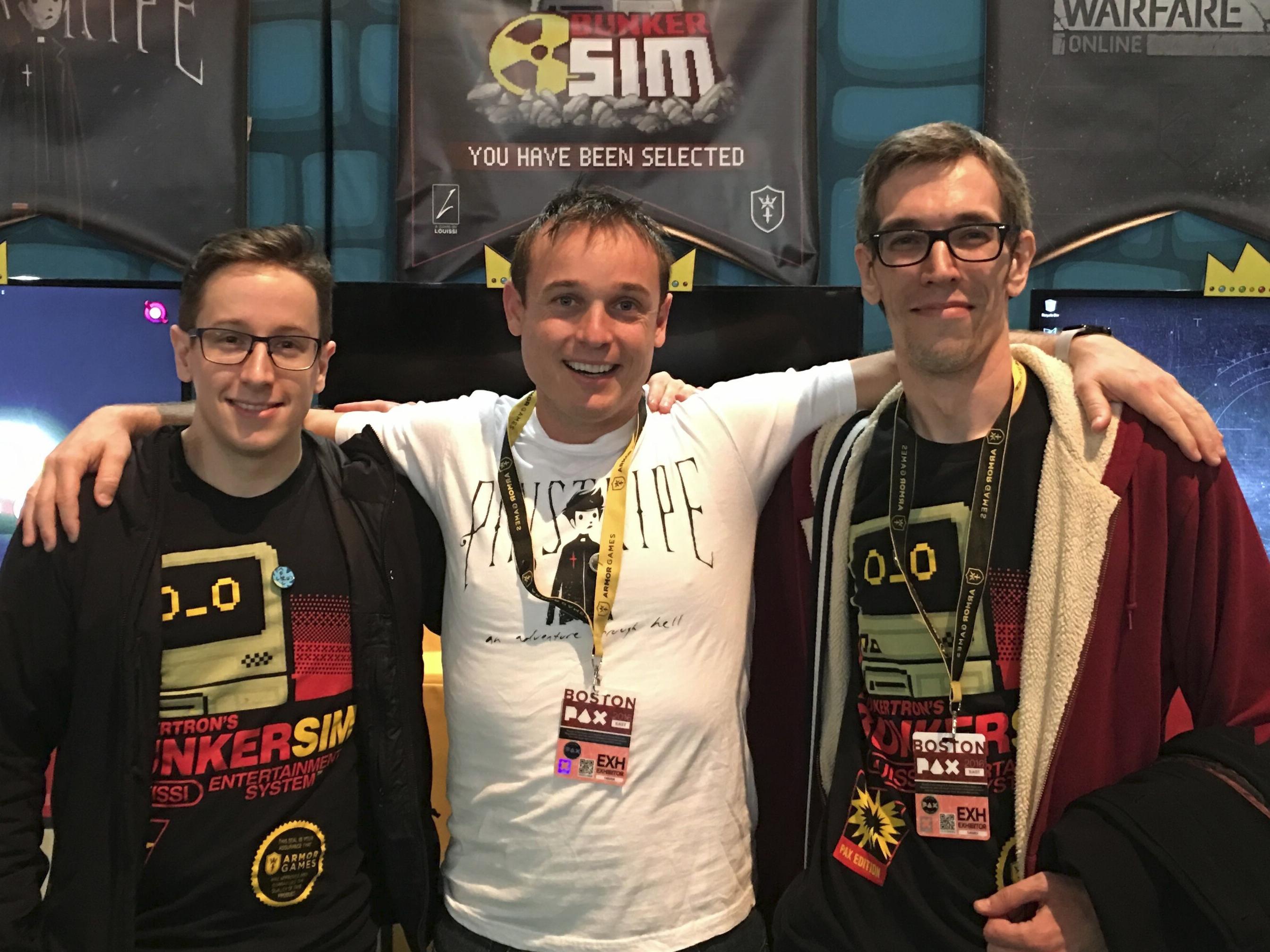 Everyone was awesome and genuinely friendly. The amount of passion in these people and the whole gaming scene is just so inspiring. I couldn’t believe this was the first time they were building a booth because they just rocked it. We had a 10 feet tall castle wall! 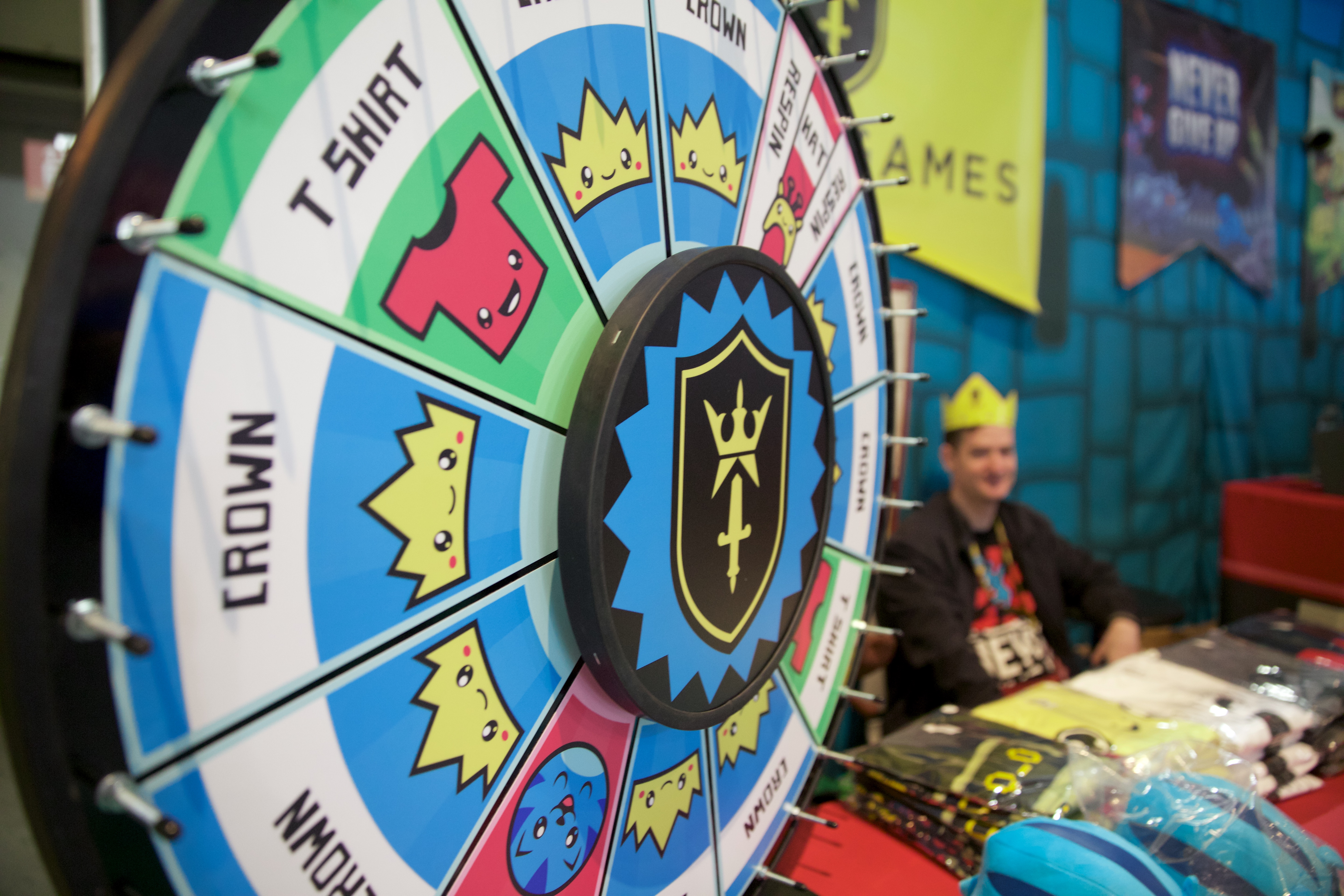 The prize wheel brought so many players it was insane! We had smiles all around. Standing near the wheel just filled my batteries between demos. 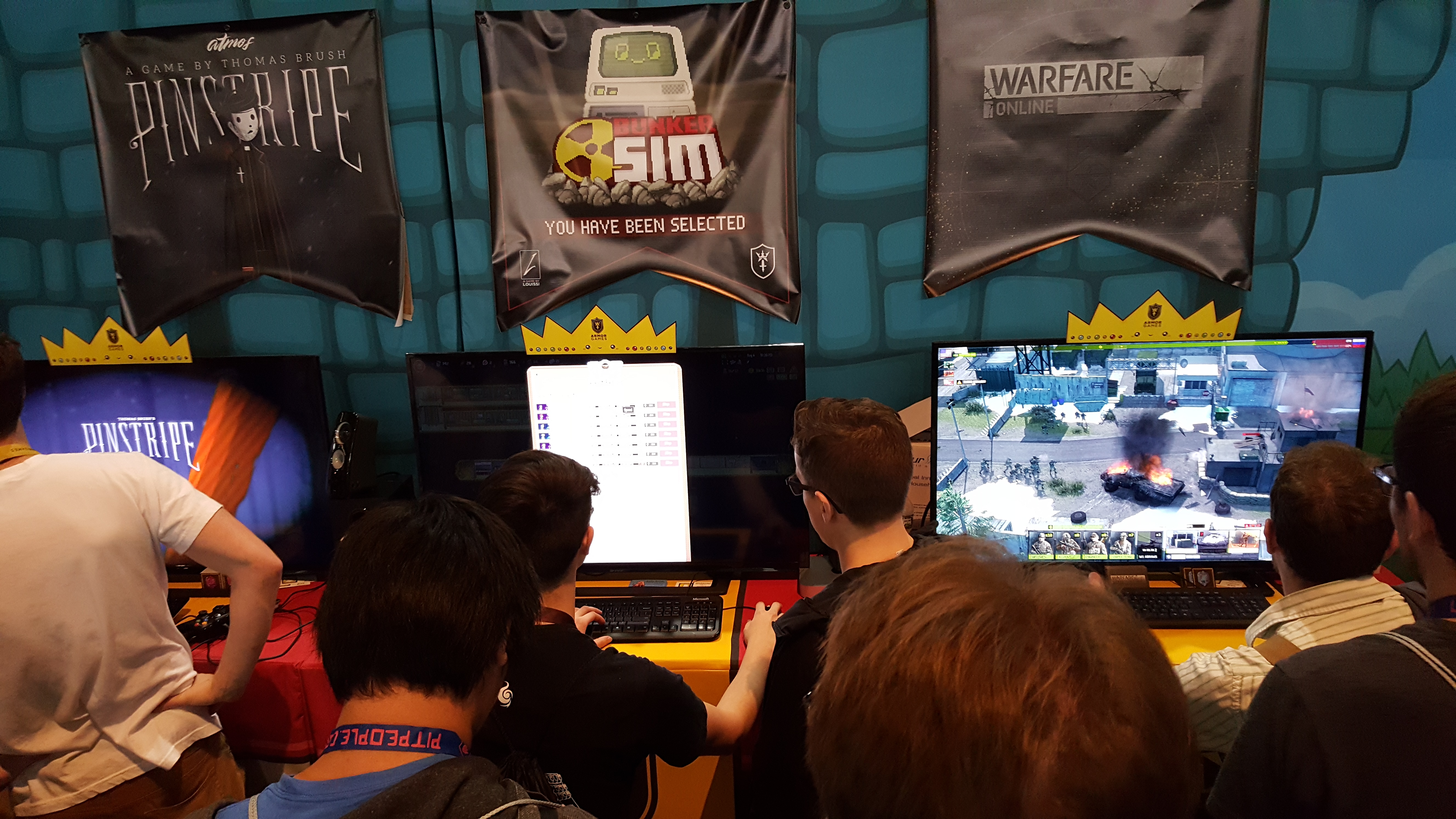 The real reward was to meet with the players. It felt simply amazing! We shook so many hands because we wanted to thank everyone for waiting so long to try the game. The amount of smiles we got from people filled us with motivation and assurance that the game will be amazing when completed. Things seemed to make sense to everyone :D. One of my good memories is one little girl, maybe 6 years old, that actually sat in front of the game and did all the objectives. She was so clever. 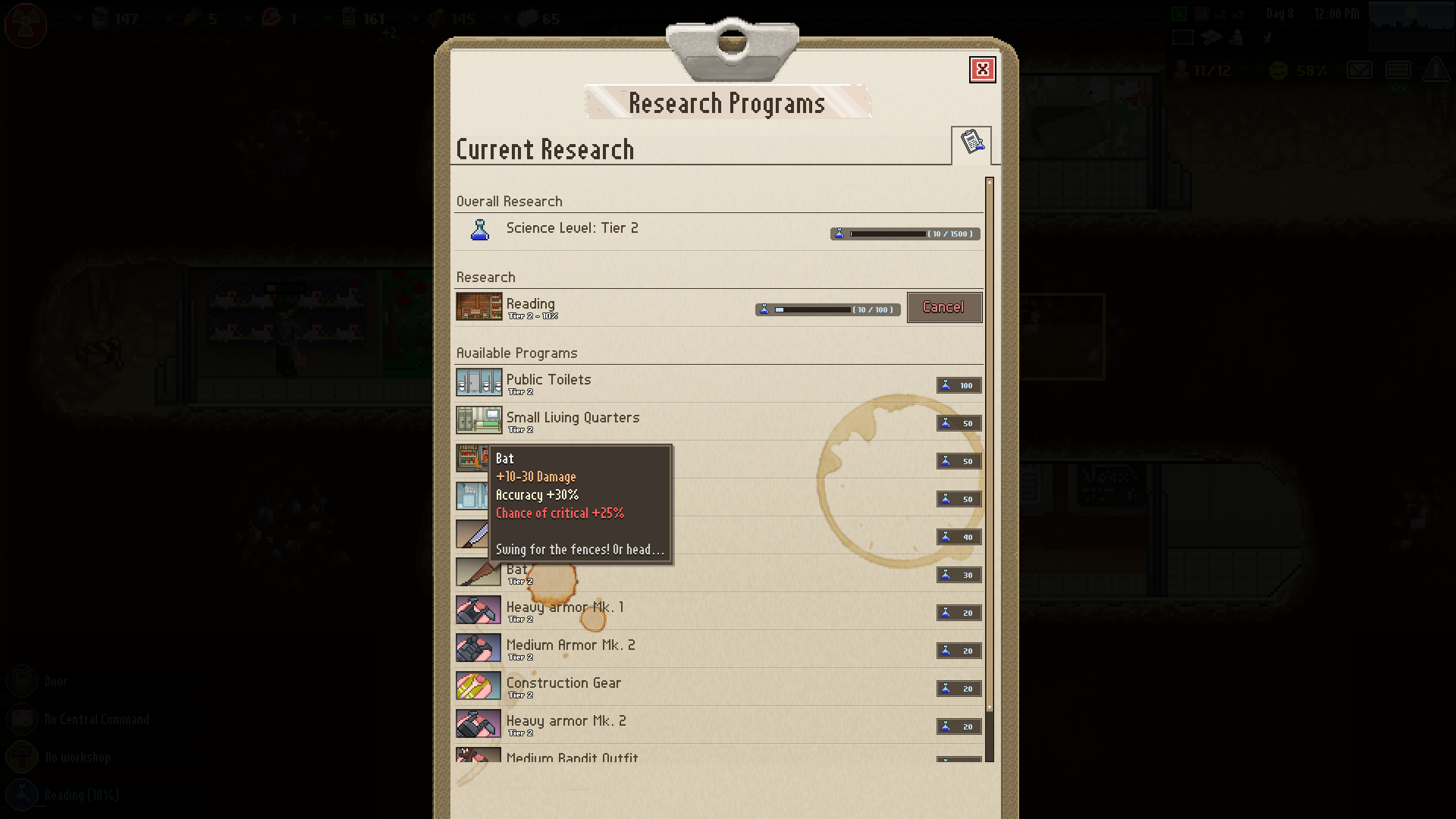 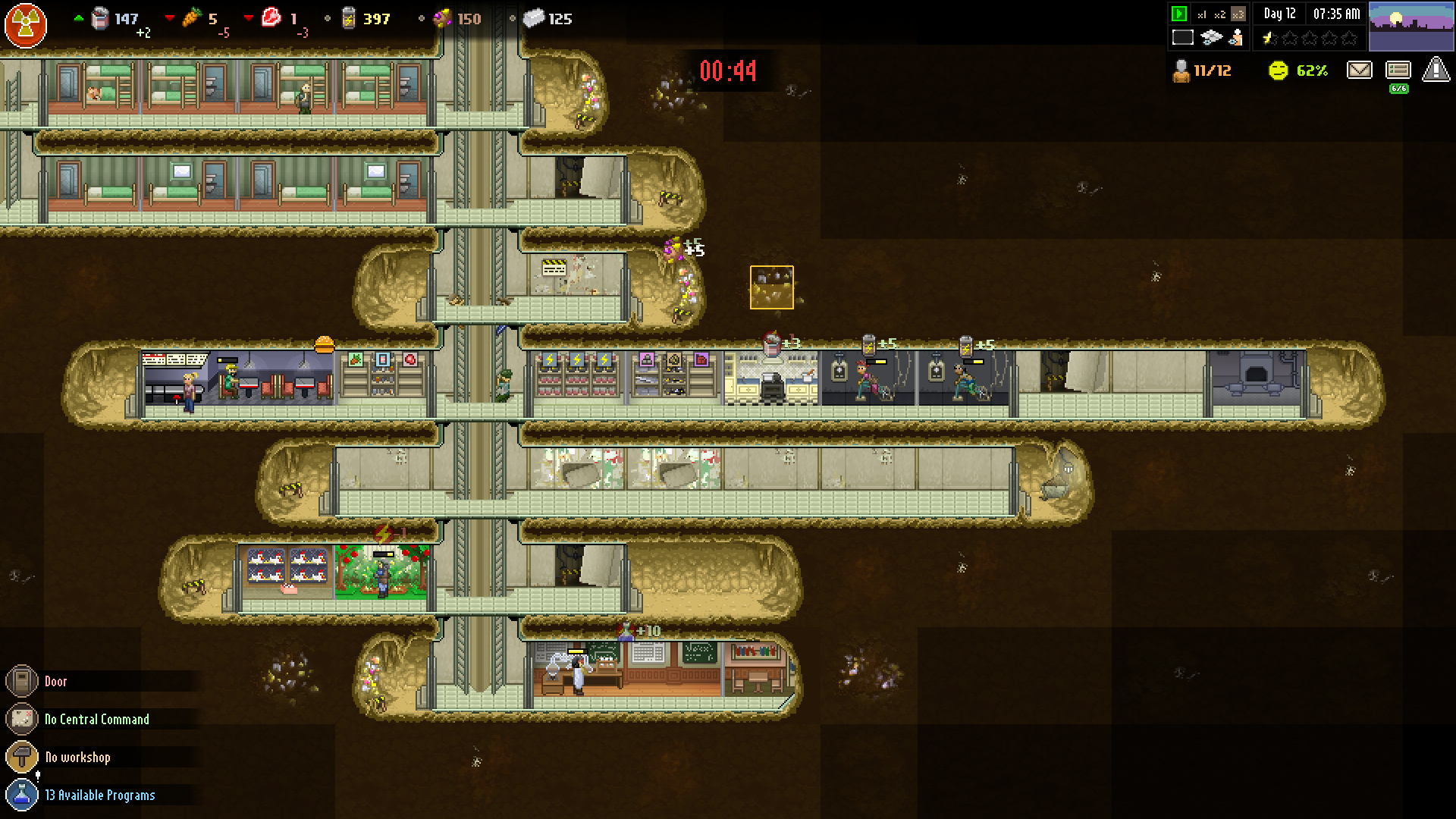 We kept getting asked if the game is available, which felt great! It’s good, because not only is it a real motivator, but it also means our next decision is the right one.

When the project started, in December 2014, it was supposed to be a mini-game, releasing on a flash portal. The whole game, right now, is built in ActionScript 3 and could run in a browser. Sure, the design document contained a huge list of “nice to have”, but it was supposed to be a 4 months project. Things we could maybe add, you know.

As usual, I sort of went crazy with it, it kept growing and growing, and mid-way we decided to release on steam. I added all the “nice to have”, and then added some. To me, selling the game meant quality and performance, and I’ve put a huge amount of work to raise all my standards and to make it my best game yet.

Basically, Flash kept limiting us, and we want to release something up to standards with traditional Tycoon games we all love. We are simply asking too much out of it.

The game will be ported to Unity in order to fully realize our vision. We can only see bonuses to that decision. It’s what we should have done from the start. Having the whole game already designed, architectured, and most of the art made will really help.

Moving to Unity will allow:

I leave you with a preview of what our environments will look like for combats and expeditions. Francis made a lot of those ( so far, around 80 ), so expect some variety :) 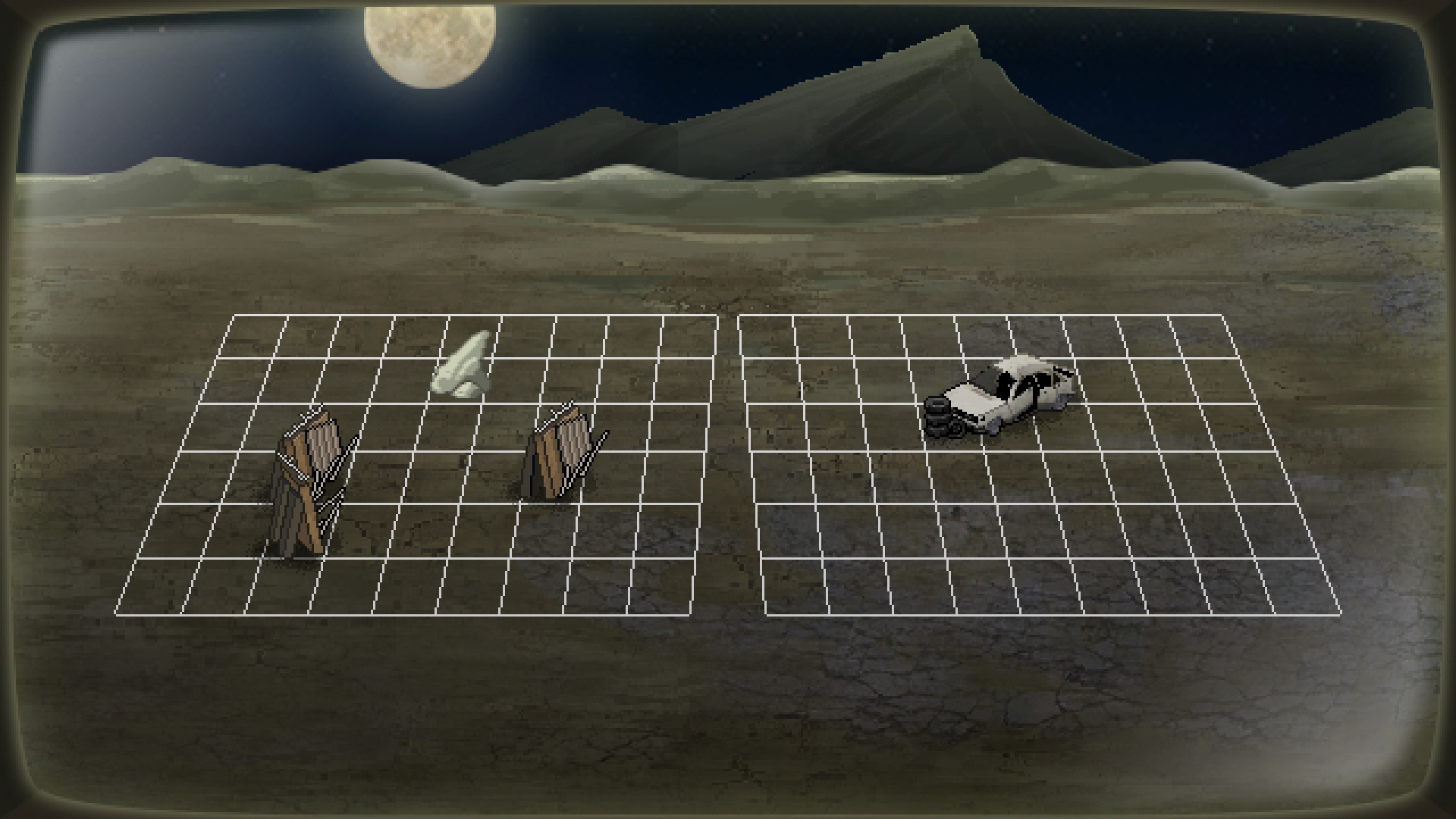 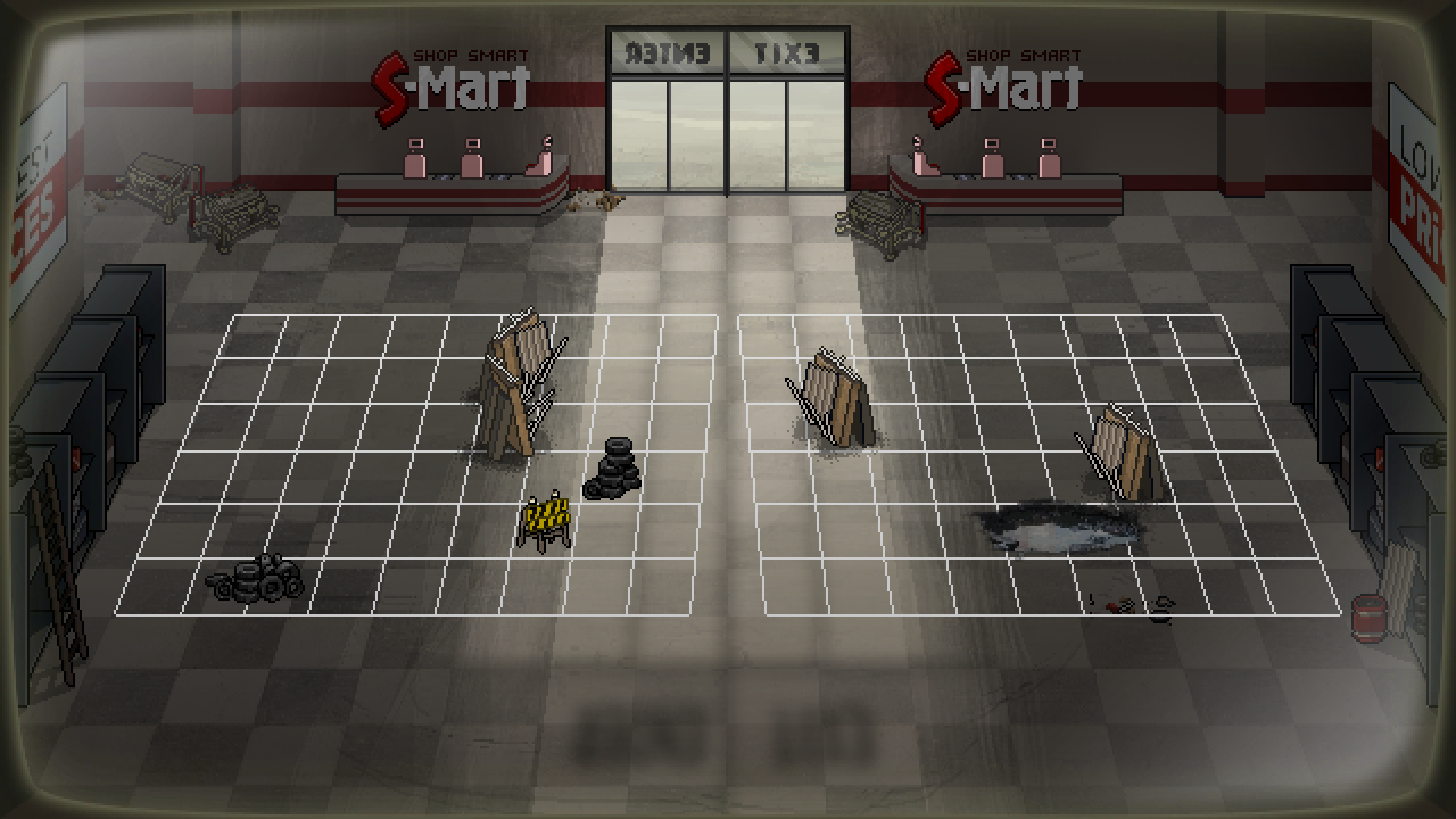 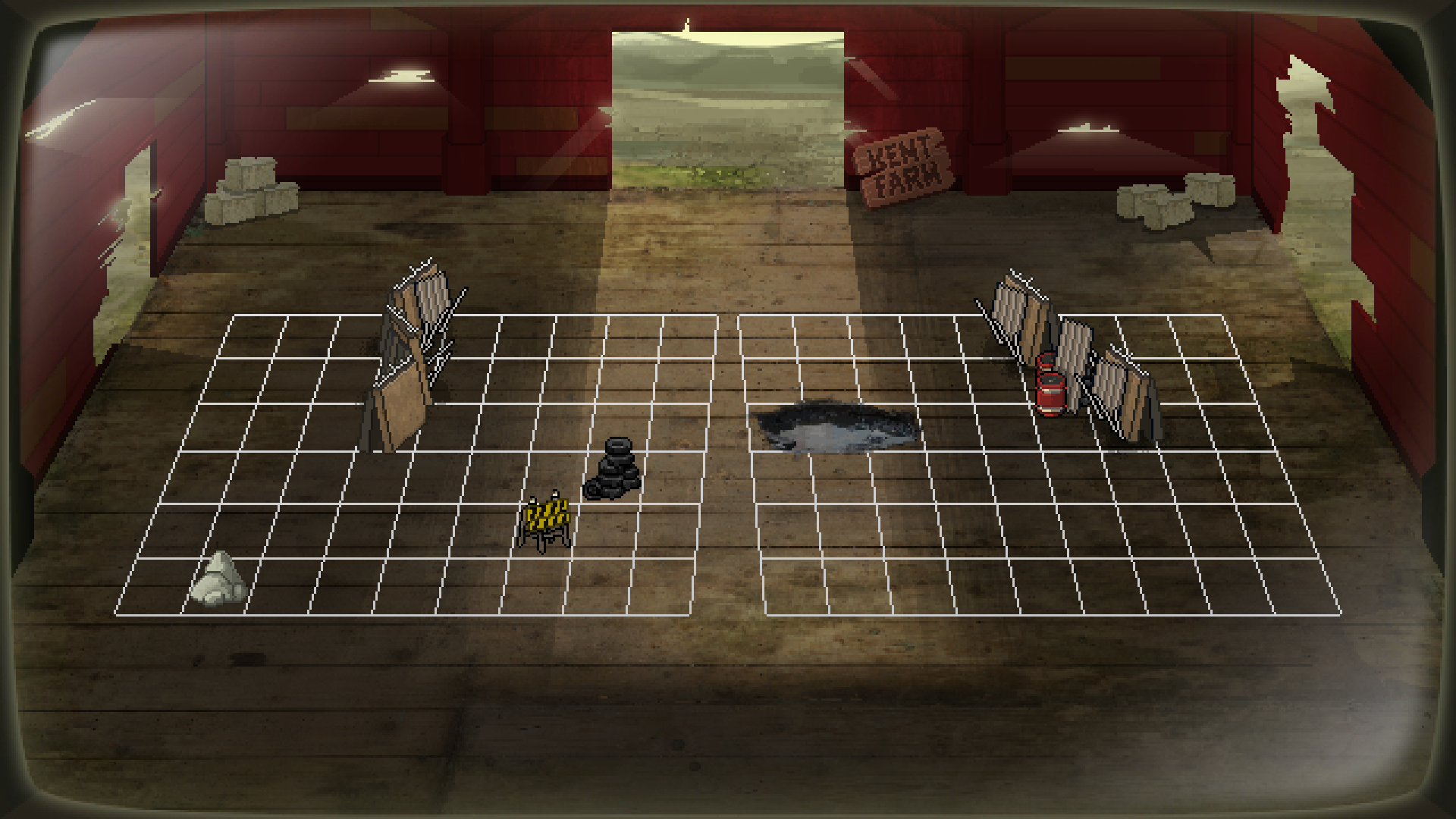 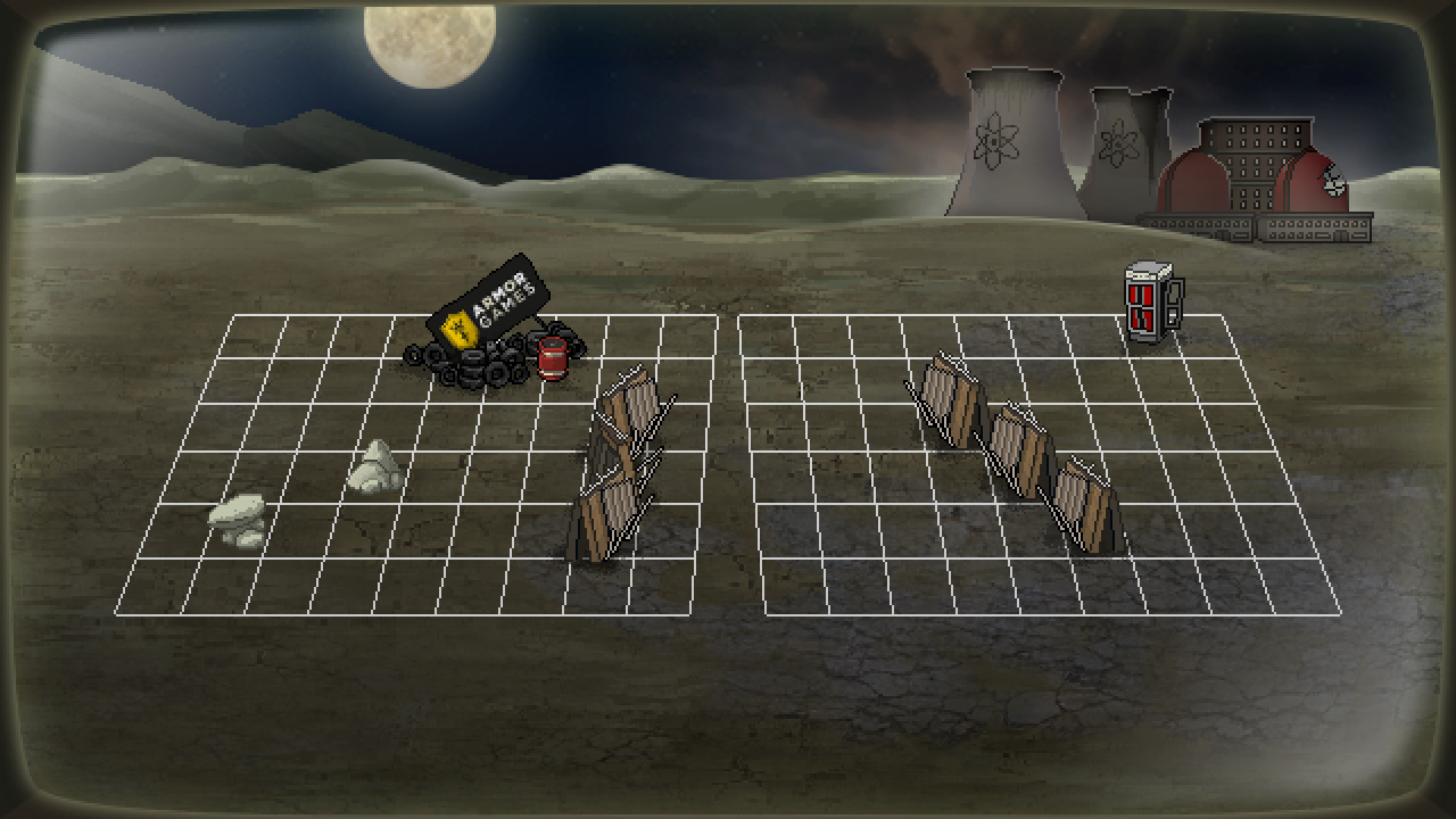 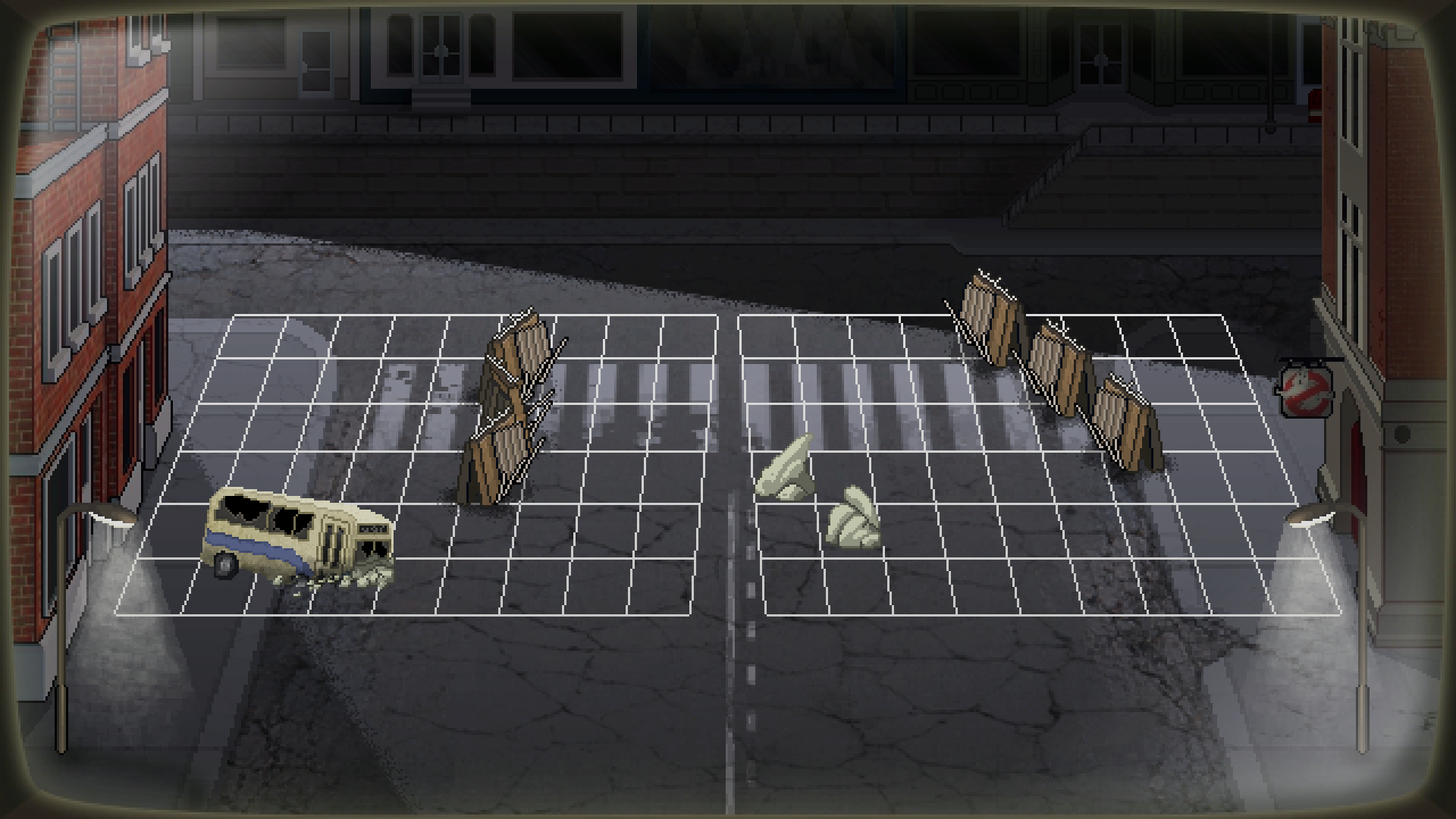 See you in a couple of months! 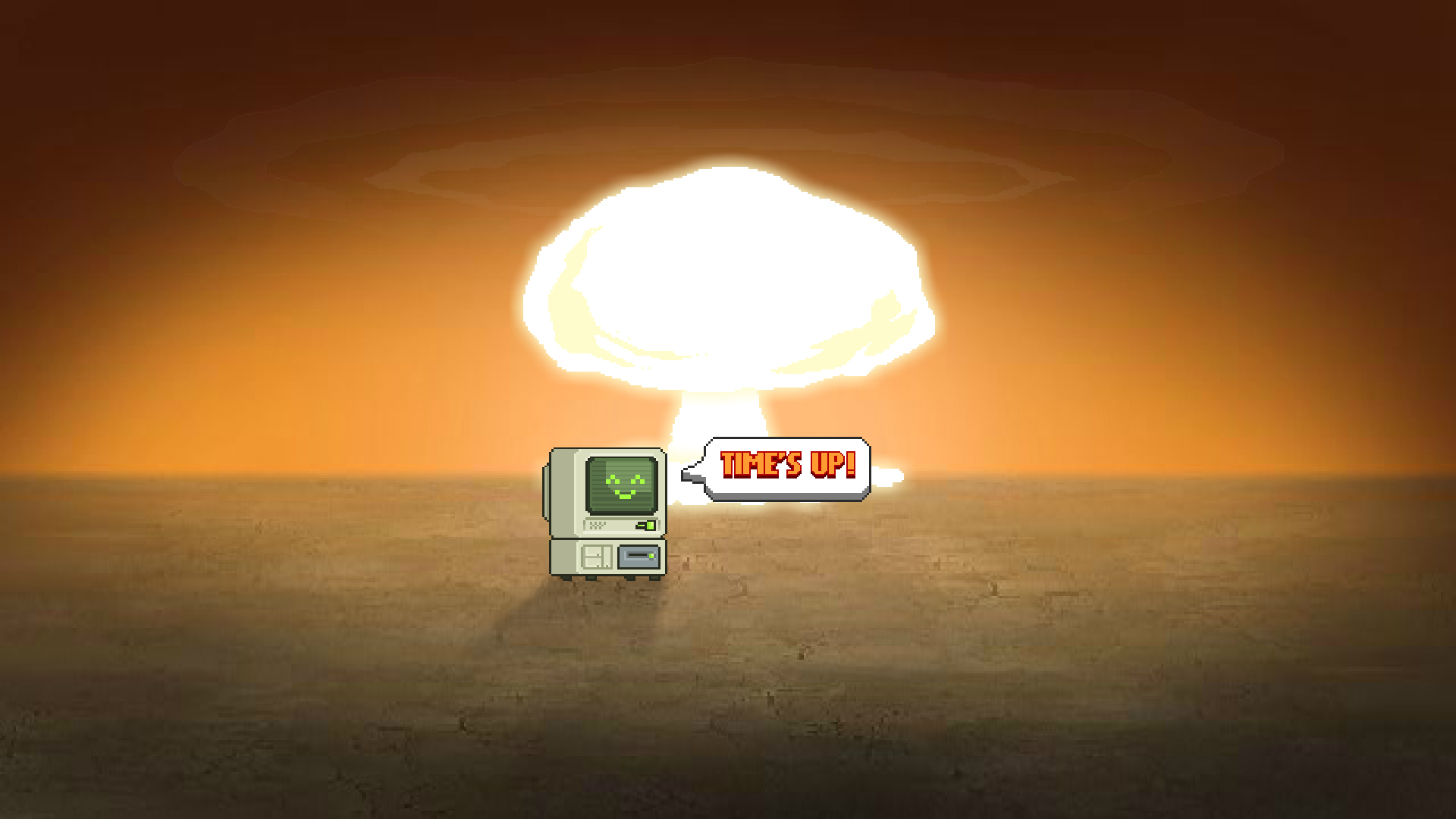 Read More
Description
Humanity is at a low point. Nuclear war destroyed everything. Anything not touched directly by a blast is now covered in radioactive dust and dead. You are a survivalist, an expert in survival. You went as far as giving classes, but most people called you paranoid; especially for building that fallout shelter in your backyard. From it, you will expand and create a safe haven for survivors and travelers of the wasteland.

Once you’ve taken control of your home region, you will fight bandits and establish other shelters around the country. Just like resilient little rats, the last members of humanity now live underground and are hoping for salvation. It is time to seize the day and bring it to them!

Survive & Expand
Bunker Sim is all about building a fallout shelter underground, ideally making it self-sustainable. Dig, build, research, craft, expand and explore! Bandits, merchants and beggars will knock at your door.

Simulation
Every inhabitant of your bunker is simulated! Inspired by the pyramid of needs, all decisions are based on many factors. We worked hard to find the best compromise between fun and depth. A friendly alert system and daily reports provide a look at your inhabitants.

Micromanagement
Craft or find clothes and items for your characters. Manage their self-improvement goals and job to create the most efficient society.

Exploration
Gear up and roll out! Gamble your life and resources to explore the wasteland. You might find loot, but watch out for the bandits roaming around.
Popular Discussions View All (12)