Greenlight > Games > HexWar Games's Workshop
Greenlight is being retired. For more information on how to submit games to steam, refer to this blog post.
This item has been removed from the community because it violates Steam Community & Content Guidelines. It is only visible to you. If you believe your item has been removed by mistake, please contact Steam Support.
This item is incompatible with Greenlight. Please see the instructions page for reasons why this item might not work within Greenlight.
Current visibility: Hidden
This item will only be visible to you, admins, and anyone marked as a creator.
Current visibility: Friends-only
This item will only be visible in searches to you, your friends, and admins.
Infection: Humanity's Last Gasp
Description Discussions1 Comments40 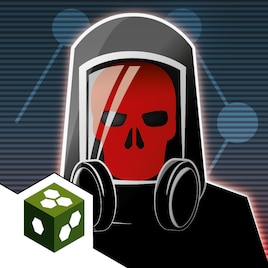 You’ll soon discover you are working with an eccentric group of scientists who don’t always work well together — and one very resourceful lab rat named Marvin. As the casualties increase, so does the stress and mistakes made, as you try to complete your vaccine before time runs out for all of mankind!

Infection: Humanity's Last Gasp uses simple mechanics in a multitude of combinations to create engaging, deep gameplay as you try to eliminate an evolving virus that could spell the end of the human race. While random events from the Status Reports might throw a wrench in your plans (or occasionally help you out), you’ll use the Lab Personnel and Equipment you’ve hired to piece together randomly generated proteins into the different parts of a vaccine, all while managing dwindling funding resources as the Death Toll Track climbs.

Each time that your Containment fails you come one step closer to losing this battle, so make sure that you push everyone to their limits before the infection reaches critical levels.

The game features 14 challenging viruses to cure as well as a custom game mode to play with optional game rules.

Thanks for considering voting for us! :)

Infection: Humanity's Last Gasp has been Greenlit and is now listed in the Steam store. For the latest information, purchase options, and discussions for Infection: Humanity's Last Gasp, please see it on the Steam Store or in the Steam Community.
Visit Store Page
For more details Visit Community Hub
For latest discussions
If you really, really want to, you can continue to the Greenlight page. Information on this page may be out of date, since all the action has moved to the areas noted above.