Greenlight > Games > deadsetbit's Workshop
Greenlight is being retired. For more information on how to submit games to steam, refer to this blog post.
This item has been removed from the community because it violates Steam Community & Content Guidelines. It is only visible to you. If you believe your item has been removed by mistake, please contact Steam Support.
This item is incompatible with Greenlight. Please see the instructions page for reasons why this item might not work within Greenlight.
Current visibility: Hidden
This item will only be visible to you, admins, and anyone marked as a creator.
Current visibility: Friends-only
This item will only be visible in searches to you, your friends, and admins.
Banzaiman
Description Discussions0 Comments45 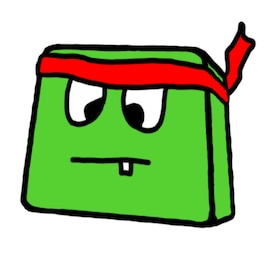 deadsetbit
Offline
See the collection (may be hidden)
Description
Release date: Summer 2015
You have been bitten by a radioactive bandana and your unfortunate superpower is to charge forward without being able to stop!

Banzaiman is a pretty tough action platformer with some light puzzle elements. The game features over 90 hand-drawn levels of varying difficulty. Everything in the game has been made from scratch by one man (me!) over the span of the last 5 years, down the multiplatform game engine it runs on!

DISCLAIMER: I originally designed this game for mobile platforms and don't want that you feel like I'm leading you on. However, during development I put in the effort to make it run on PC platforms, and ended up playing the game myself mostly on PC while developing it. I had a lot of fun with it, so I don't feel like it's hampered by it's origins either. But just so there is no confusion (especially now that Steam is overflowing with quick mobile ports), I want you to know that the gameplay was designed to also work on a touch screen, and that it plays like something between a Jumper and a Bit.Trip: Runner.

If you are looking for the other games mentioned in the trailer, you can (and should) check them out for free at:
Jumper series: http://www.mattmakesgames.com/
N: http://www.thewayoftheninja.org/
I Wanna Be The Guy: http://kayin.moe/iwbtg/
< >
45 Comments

imelman Jun 25, 2015 @ 11:19pm
Its...heavily uninspired. I guess i pass on this. Sorry, but you need more creativity and uniquess to be accpected into the new gaming.