Greenlight > Games > Meat Name Games's Workshop
Greenlight is being retired. For more information on how to submit games to steam, refer to this blog post.
This item has been removed from the community because it violates Steam Community & Content Guidelines. It is only visible to you. If you believe your item has been removed by mistake, please contact Steam Support.
This item is incompatible with Greenlight. Please see the instructions page for reasons why this item might not work within Greenlight.
Current visibility: Hidden
This item will only be visible to you, admins, and anyone marked as a creator.
Current visibility: Friends-only
This item will only be visible in searches to you, your friends, and admins.
Iron Fish
Description Discussions3 Announcements2 Comments186 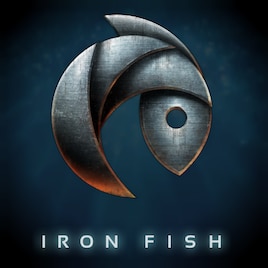 View Iron Fish in the store

Hi everyone! Sorry for the lengthy radio silence. Just wanted to post an update to let you know a few new bits and pieces about Iron Fish!

- The game will be playable for the first time at EGX in Birmingham, UK, this September.

We're really excited by how all of this is shaping up and can't wait to have more to show you in the coming weeks...

Hi everyone! Thanks for checking out Iron Fish! We're really thrilled by the early response - we only announced today and already we've seen loads of lovely comments and articles.

Here are a few pieces we've seen so far.

A couple of in-depth interviews with creator Dean and producer Lottie:

And a handful of news posts too:

We're really pleased at the response so far, with the majority of votes here a 'yes'. Thanks so much for your support! If you like the look of Iron Fish, remember to spread the word.

Read More
Description
Release date: Q4 2015
What will a simple mayday call bring to the surface?

Iron Fish is a psychological deep-sea thriller that challenges players to navigate the dangers that lurk at the bottom of the ocean, where humans no longer have the upper hand.

Discover what lies forgotten in the abyss. Play as Cerys, a deep sea investigator for an elite British Naval group, and use her state-of-the-art, government-funded equipment to submerge as far as we can go. But seven miles under the surface is dangerous territory for humans, especially when only five per cent of Earth’s oceans have been explored so far.

Cerys’s missions will lead the player to uncover mysteries of the deep and survive its harsh and perilous environment. Come face to face with creatures that have never seen the light of day, question what is science or myth, and solve the unanswered questions of Cerys’s past.

"An unexplored world full of danger and intrigue [...] It's definitely different." - Gamespot

"I'm certainly up for encountering things that should not be in the black depths." - Rock, Paper, Shotgun

"Iron Fish certainly looks atmospheric, and there’s no denying that the isolation and claustrophobia of being deep under the ocean is something that’s a perfect fit for the horror genre." - Continue Play

Anyone see the humor in this?

javierucu Feb 5, 2016 @ 12:18am
hi, i think Iron Fish looks fantastic. I love horror, hehe. Now i´m finishing the soundtrack in other game and it would be great to work beside such a promising team. I think my music could fit well in your project. You could listen here: https://www.youtube.com/watch?v=pA7fQzZ9gUU What do you think? my email is: cga.sound@gmail.com Thank you. Good Job.

craig.beresford Sep 27, 2015 @ 3:12pm
Looked and played great at EGX, and looking forward to the final product.

Jenko90 Sep 27, 2015 @ 1:50pm
Played at EGX and completed the version they had there. Amazing game, looking forward to it's development and release!

Iron Fish has been Greenlit and is now listed in the Steam store. For the latest information, purchase options, and discussions for Iron Fish, please see it on the Steam Store or in the Steam Community.
Visit Store Page
For more details Visit Community Hub
For latest discussions
If you really, really want to, you can continue to the Greenlight page. Information on this page may be out of date, since all the action has moved to the areas noted above.