Greenlight > Games > SolarFall Games's Workshop
Greenlight is being retired. For more information on how to submit games to steam, refer to this blog post.
This item has been removed from the community because it violates Steam Community & Content Guidelines. It is only visible to you. If you believe your item has been removed by mistake, please contact Steam Support.
This item is incompatible with Greenlight. Please see the instructions page for reasons why this item might not work within Greenlight.
Current visibility: Hidden
This item will only be visible to you, admins, and anyone marked as a creator.
Current visibility: Friends-only
This item will only be visible in searches to you, your friends, and admins.
Umbra (PC and Linux)
Description Discussions48 Announcements12 Comments725 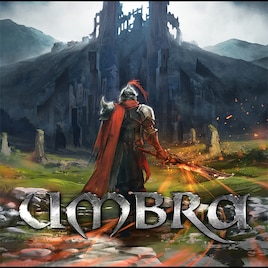 View Umbra (PC and Linux) in the store

You can pledge on Kickstarter :
https://www.kickstarter.com/projects/1062682568/umbra

We just reveal details about the Apocalyptic Form!
Check it out!

The Game
An Isometric view open world Action-RPG taking place in a corrupted world falling apart. You are a former officer of army of the Human Republic, forced to flee the death penalty because of the magic powers you have unwillingly developed. Being tracked down by humans and hunted by the monsters of the Wild, you are recruited by a mysterious group of Templars. And thus an epic adventure begins in which you will wander the world to fight inhuman, mutated monsters and discover the terrible secret of the extinguishing mankind.

The game features a unique mechanic called Apocalyptic Form that allows players to shape shift into a highly customized character! You’re free to mold your character thanks to a deep and rich customization system. And thanks to our complex crafting mini-game and our housing module you will be able to make your adventure feel as YOUR adventure!

As you can see from our video, the detailed environments, intense action and impressive effects are beautifully created thanks to the next-gen technology of the CRYENGINE.

Features
Umbra aims to deliver many features that will differ from the classic games of the genre:

The Story
The corrupted Human Republic is falling apart: Starvation and disease are ravaging mankind, leading to violent riot everywhere.

In order to maintain their grasp on the population, the Republic is using vicious tactics, poisoning the population to weaken it and removing all children from their parents to better mold their mind. Newborn babies are rare, and few are born healthy.

An unknown curse has made men lose their memory, provoking a limbo that has eaten their own history and technological knowledge.

Rumors say that the leaders of the Republic signed pacts with occult entities, and monstrously mutated humans are appearing in the wild, leading raids against cities and villages.

Food becomes rare, leading to an extreme measure. In the name of survival, the Republic declared that anyone over the age of 50 should be killed. The same rule applies to anyone presenting mutation.

The Hero
You are a former officer of the Republic who developed magical powers. You tried to hide it, but your hierarchy found out. Instead of directly killing you, they tried to capture you and lead experiment on your body.

You managed to escape and take refuge in the wild. There, you were attacked by a large pack of the monstrous creature. Outnumbered, you were about to fail when the mysterious order of the Templars saved you.
Popular Discussions View All (48)

Sinistar Mar 23, 2016 @ 6:56pm
Nerfed: Community guild for progressive players who want to have fun and play the game a lot is available for applications. (It's just general questionnaire so it should be relatively easy to complete.) www.nerfedguild.com , we also have a team speak channel up: ts3.nerfedguild.com join and chat and find out more information there or just hang out!

Bacitoto Mar 10, 2016 @ 7:23am
Keep in mind peeps
SolarFall Games is changing it’s name to Wolcen Studio and Umbra is now being called Wolcen : Lords of Mayhem

Umbra (PC and Linux) has been Greenlit and is now listed in the Steam store. For the latest information, purchase options, and discussions for Umbra (PC and Linux), please see it on the Steam Store or in the Steam Community.
Visit Store Page
For more details Visit Community Hub
For latest discussions
If you really, really want to, you can continue to the Greenlight page. Information on this page may be out of date, since all the action has moved to the areas noted above.