Greenlight > Games > Wispfire's Workshop
Greenlight is being retired. For more information on how to submit games to steam, refer to this blog post.
This item has been removed from the community because it violates Steam Community & Content Guidelines. It is only visible to you. If you believe your item has been removed by mistake, please contact Steam Support.
This item is incompatible with Greenlight. Please see the instructions page for reasons why this item might not work within Greenlight.
Current visibility: Hidden
This item will only be visible to you, admins, and anyone marked as a creator.
Current visibility: Friends-only
This item will only be visible in searches to you, your friends, and admins.
Herald
Description Discussions0 Announcements9 Comments68

Wispfire
Offline
See all 8 collections (some may be hidden)
Kickstarter

View Herald in the store

Store page
Recent Announcements View All (9)
Steam Store Page Online! / Join the PC Beta!
October 21, 2016 - Wispfire
Whoohoo our Steam Page is online!
With Herald nearing its release, we thought it'd be a good idea to have the steam page already online. You can now wishlist our game!

Also, if you'd like to take an active part in polishing the game, you can join our PC Beta by posting on our brand-new forum![wispfire.com]

Sorry for the slight delay! We had a very busy week, and it involved showcasing at events, releasing a new trailer, giving a talk about diversity, releasing another trailer and preparing for the next event!

So, to start off, we have a new trailer!


We'll be introducing the entire cast of Herald in the coming weeks. The first cast intro is already online:

We finished all the backer portraits. A big thanks to Lake, Matlock, Shai, Joshua and Wim for their support. We were humbled by your contributions! 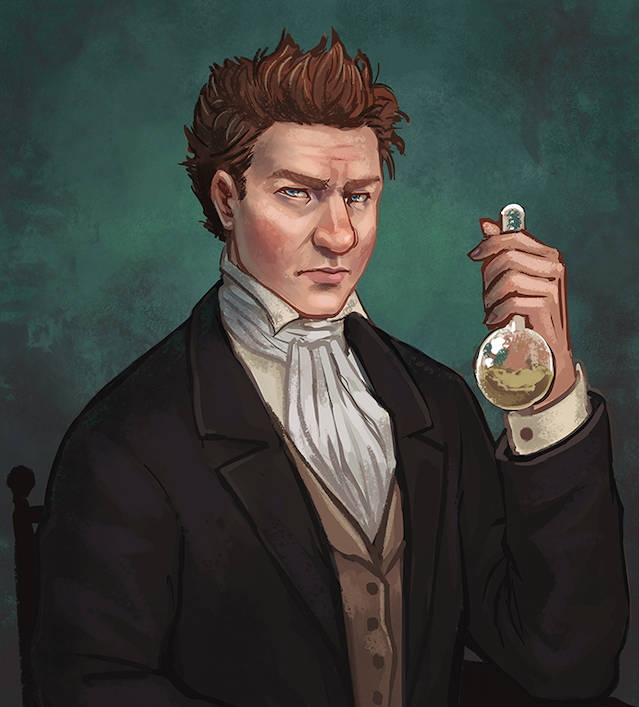 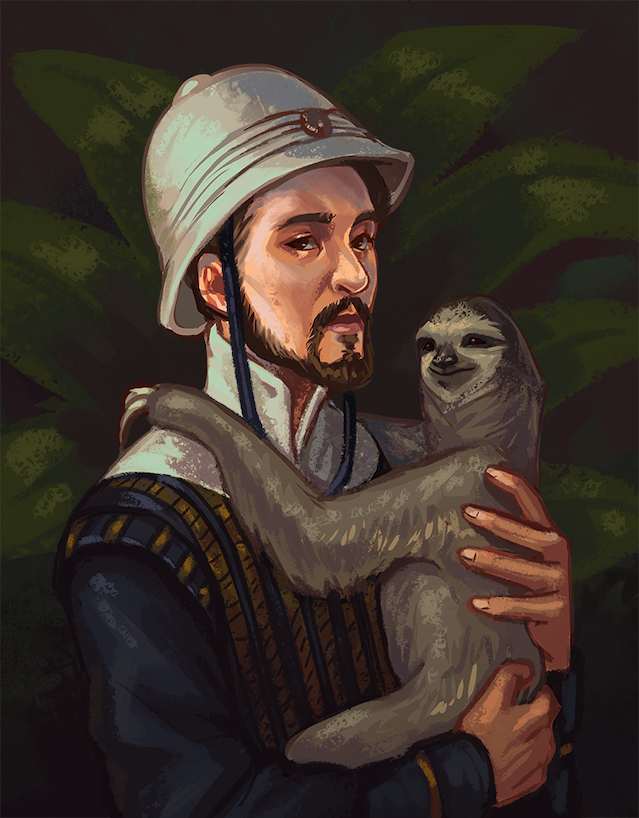 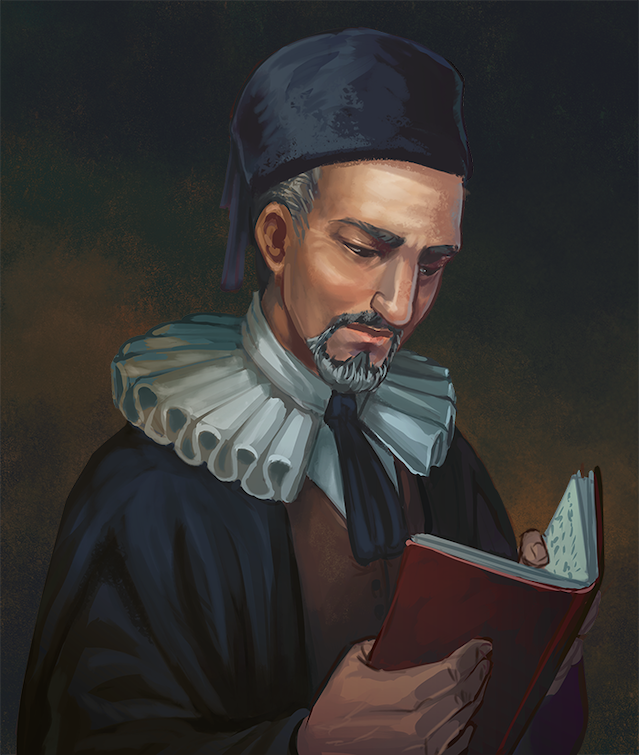 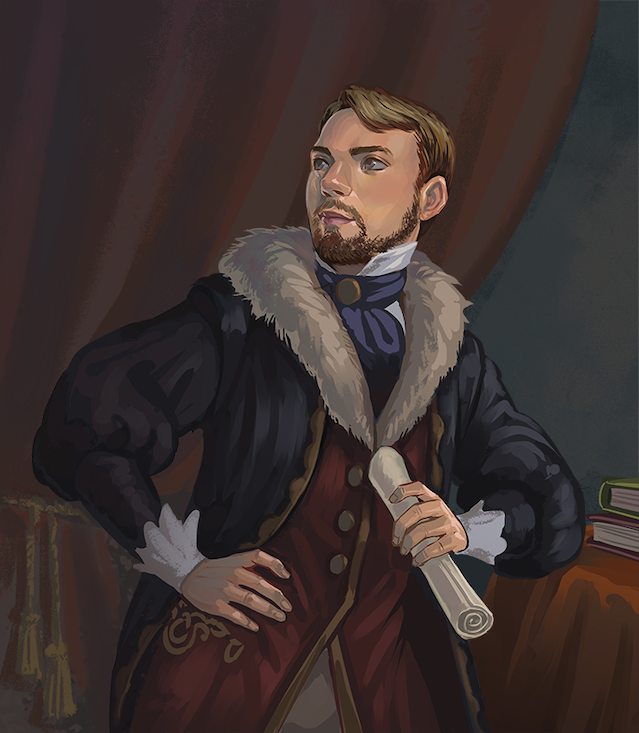 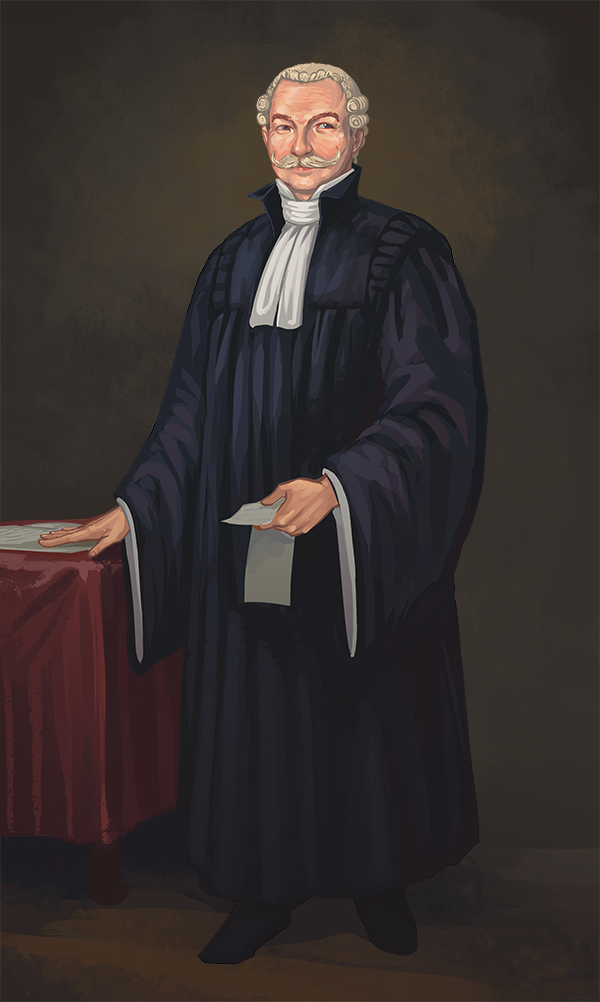 All of these portraits will be placed in the game, somewhere on board of the Herald...

Past week we showcased at INDIGO 2016, an indie game showcase in Utrecht. It was very busy, and we met a lot of students eager to do an internship at our office.

Our lead writer, Roy van der Schilden, also gave a talk about diversity in game design at Control Conference, the day after. 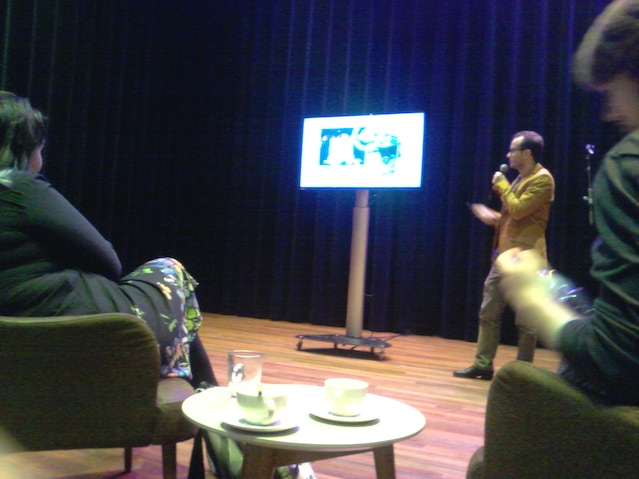 Joined by Sherida Halatoe (Beyond Eyes) and Rami Ismail (Vlambeer) we discussed the many angles of promoting diversity in the games industry. It was especially interesting to chat with filmmakers who were also present.

Upcoming weekend we will also be showcasing at Firstlook Festival, the biggest gaming event in the Netherlands. When we showcased last year, it was a great succes. We'll also be bringing our super huge banner with us: 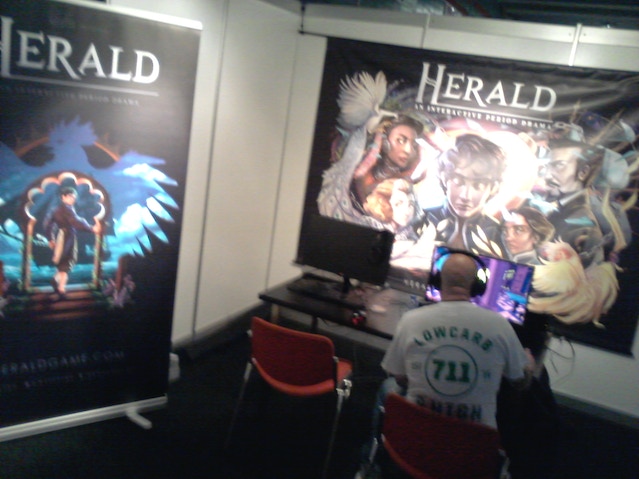 Due to all the overwhelming amount of stuff going on this week the beta ended up a little delayed. We're planning to have it playable by Friday, and will probably launch it around that time. But for now, let us introduce you to the HLV Herald's newest passengers:

This month, were doing two shout-outs:

The Uncertain is an episodic story-driven adventure game set in a world were mankind has long gone extinct but robots are still up and about. It's got point & click gameplay, moral choices and an interesting concept. We like it.

Virginia is a single-player first-person thriller set in a small town with a secret. Experience a missing person investigation through the eyes of graduate FBI agent Anne Tarver. It's very light on the gameplay, but heavy on the mood and storytelling. Check it out if you're interested in something little different from the norm.

Herald is a two-part interactive period drama for PC, Mac and Linux that plays as a mix between a visual novel and a 3D point and click adventure game. You are Devan Rensburg, a man of mixed heritage, assigned to work as a steward aboard the merchant ship HLV Herald.

As a steward, you are responsible for the well-being of all passengers on board, be they rich or poor, important or downtrodden. Your job is best done without anybody noticing, so if a conflict should arise, you are well-served to solve it before the captain gets wind of it.

Which side of morality will you be on? Are you going to stand up for the oppressed, or will you stand idly by as those in authority abuse their power? Either way, you are responsible for your choices, and you will carry the consequences.

In an alternate 19th century, the West stands united as a single empire: the Protectorate.
As a republic with colonies, the Protectorate is ruled by an elected leader: the Lord Protector.
Each colony of the Empire is a potential new province, but to earn membership, a colony must adopt Protectorate law and customs.

In the year 1857, things are amiss in the realm. With the onset of modernity, the Protectorate is struggling to maintain order, as great inequality and prejudice give rise to tension between the colonizers and the colonized. Colonial governments are slowly losing their grasp on their territories, and rumors of a coming rebellion run rampant. 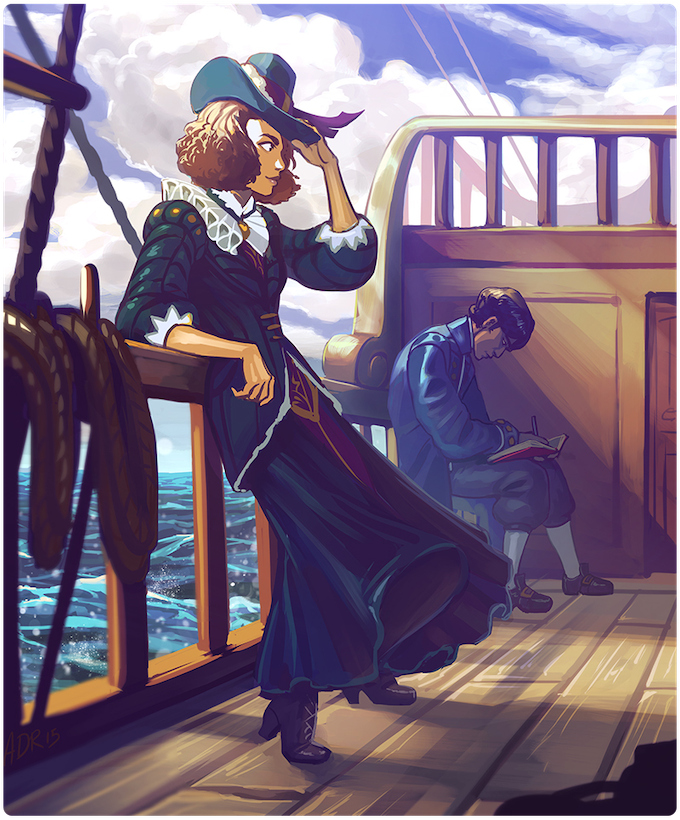 Held captive in a tower looking out over the sea, Devan Rensburg has no other choice but to tell his story to the woman holding him prisoner. The Rani, as she calls herself, has acquired Devan's journal and demands to know everything about his journey aboard the Herald.

Reluctantly, Devan tells her he was born in the East, but was adopted and raised in the West, a proud citizen of the Protectorate. As a man of mixed heritage he always yearned to know more about his past and one day return to his roots in the Eastern Colonies.

When Devan stumbled upon a recruiter in the Capital harbor, the man took a liking to Devan and granted him a position aboard His Lordship's Vessel Herald. Devan saw this as perhaps his only opportunity to finally discover more about his past, so he eagerly accepted the offer.

The HLV Herald was tasked with an important mission: to take an influential politician and his niece to the Eastern Colonies. But there was more to this voyage than Devan realized when he took this job; more than he ever bargained for...

Founded in 2013 by Roy van der Schilden, Bart Heijltjes, Aïda de Ridder and Remko Haagsma, Wispfire is an indie developer that makes video games that let you think about the world around you.

From the very beginning we knew one thing for sure: we wanted to make story-driven video games with moral choices, that would challenge players to think about their position in society. At the same time, we wanted to use our knowledge of dramaturgy to make games that resonate with a broad audience and feel distinctly different in tone from most other story-driven games on the market.

Wispfire is currently based in Utrecht, the Netherlands. As part of the incubation program of Dutch Game Garden we hold office among other Dutch indies such as Vlambeer, Ragesquid and Self Made Miracle. Since March 2014 we've been busy developing our first commercial title, Herald.

Download our demo to check Herald out for yourself!
https://docs.google.com/document/d/1yVfg1303jE7Zw_nkFxXGO554r8scVFdjfiajq-1nVr0/pub

thiruda Jun 18, 2016 @ 4:44am
Hey guys just checked out your project and its amazing . Very nice work best of luck! Thank you for supporting our project too! Will be following your development cheers

Wispfire  [author] May 19, 2016 @ 9:10am
Hey there! Sorry for the long wait! Herald is still 100% in development, but we've mostly been posting about it on our other channels, our apologies! We've posted an announcement (and updated the screenshots) with some news for everyone to read, and we'll be posting more announcements from here for on out. ;)

Herald has been Greenlit and is now listed in the Steam store. For the latest information, purchase options, and discussions for Herald, please see it on the Steam Store or in the Steam Community.
Visit Store Page
For more details Visit Community Hub
For latest discussions
If you really, really want to, you can continue to the Greenlight page. Information on this page may be out of date, since all the action has moved to the areas noted above.