Greenlight > Games > Skunkwerks Games's Workshop
Greenlight is being retired. For more information on how to submit games to steam, refer to this blog post.
This item has been removed from the community because it violates Steam Community & Content Guidelines. It is only visible to you. If you believe your item has been removed by mistake, please contact Steam Support.
This item is incompatible with Greenlight. Please see the instructions page for reasons why this item might not work within Greenlight.
Current visibility: Hidden
This item will only be visible to you, admins, and anyone marked as a creator.
Current visibility: Friends-only
This item will only be visible in searches to you, your friends, and admins.
MEG 9: Lost Echoes
Description Discussions3 Announcements7 Comments211 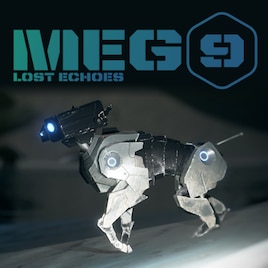 Skunkwerks Games
Offline
See all 19 collections (some may be hidden)

We are proud to announce the new MEG 9: Lost Echoes trailer.
If not already please follow us @SkunkwerksGames on Twitter for the latest news.
http://skunkwerkskinetic.com https://youtu.be/TOS9PfKFVSc

On November 5th, MEG 9 Devs will be participating in Extra Life to help out kids at our local children's hospital! We will be broadcasting live from our studio for 25-hours starting from 8 AM PST and ending at 8 AM PST the following day. We will be playing a wide variety of games throughout the day, so check back with us to see what's new!

You can donate to our cause on our Extra Life page here[www.extra-life.org], and come chat with the devs on our Twitch Stream here[www.twitch.tv]!

Within the hostile environment of the Probability Aperture, a high-tech research complex called Horizon vanishes from the grid. In the darkness, surrounded by nano-mutated derelict bots, a lone AI triggers a distress call.

Take control of the Rig, a massive ten-ton remote-operated vehicle outfitted with the latest in military hardware, as you uncover the secrets that lie within the walls of Horizon.

The Probability Aperture; a dimensional disjunction generated by the multinational corporation Quantum Multiphasics: your employer. Alien technology, eerie structures and formations, and conflicting biomes are only a few of the strange phenomena that surface within the Aperture. When Horizon, one of Quantum's high-end research complexes within the Aperture vanishes from the grid, it becomes your job to uncover what went wrong, and restore the facility if possible. 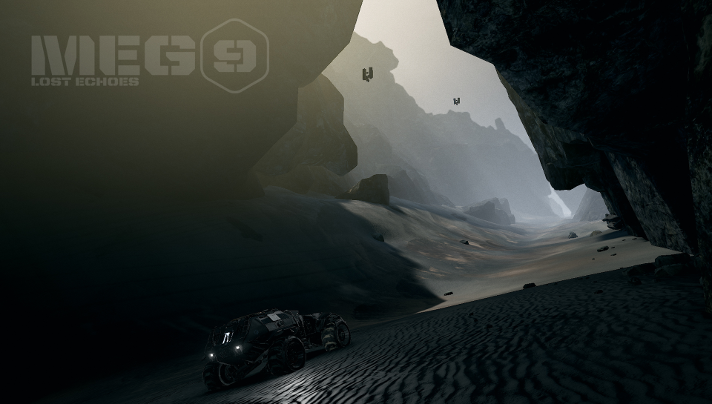 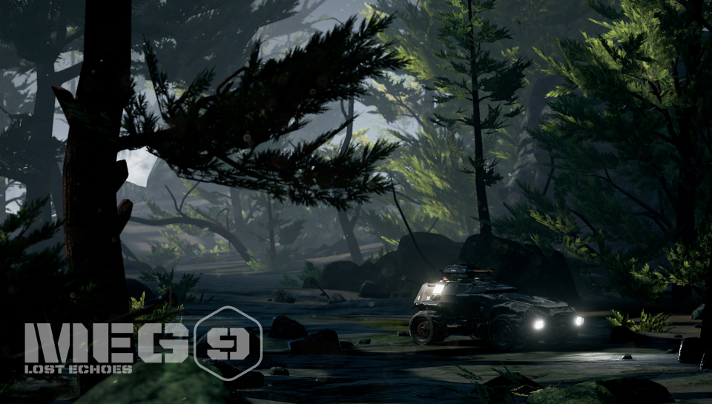 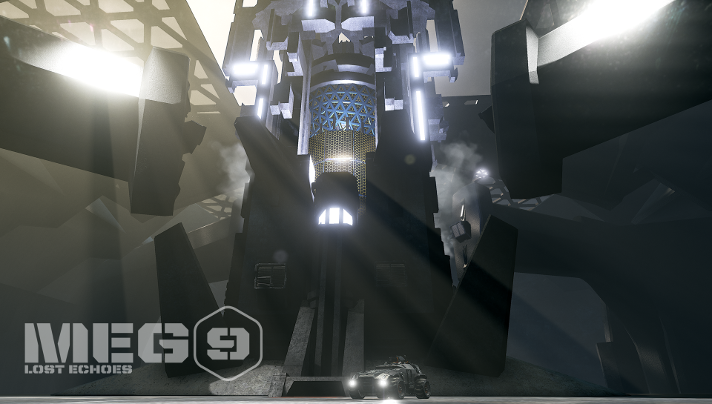 The Aperture is home to many dangers, the deadliest of which takes the form of a synthetic parasite called Corruption. As equipment and power sources are left exposed within the Aperture, mutations begin to take place. Material is gradually taken over by Corruption and transformed into monstrous bio-mechanical creatures. Intelligent and incredibly lethal, the Corrupted pose the biggest threat to operations within the Aperture, and need to be dealt with extreme caution. 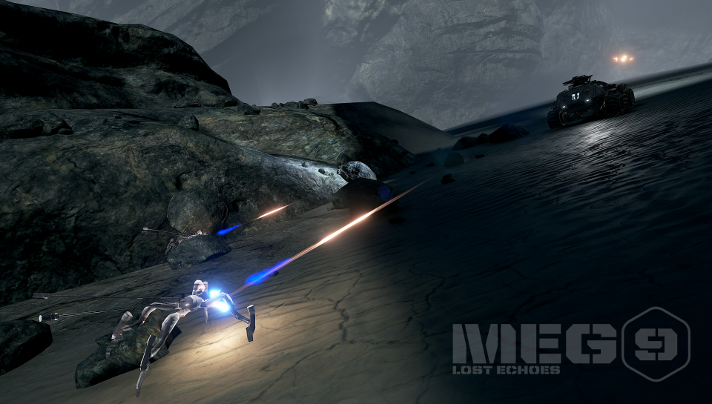 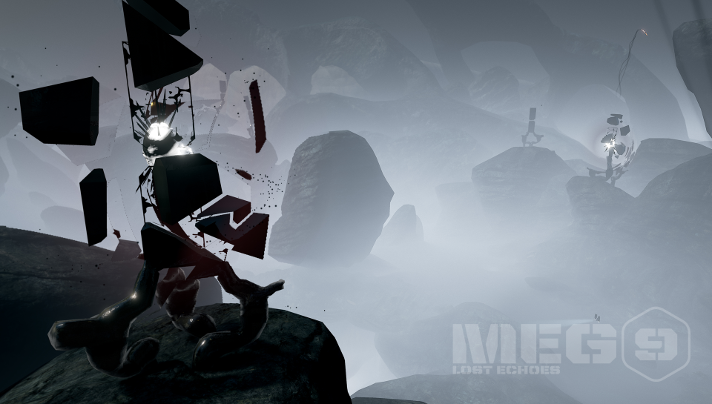 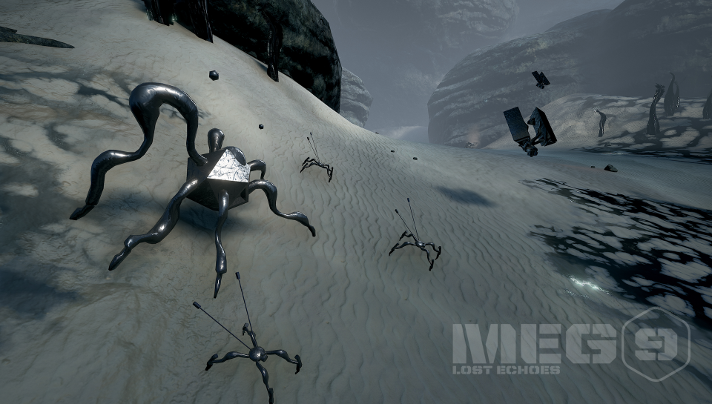 As a freelancer working for Quantum, you will be remotely conducting operations within the Probability Aperture via the Rig, one of the most advanced military vehicles ever developed. Recent improvements have eliminated the need for pilots to physically operate the vehicle, and now all functionality can be controlled remotely, with visuals being transmitted by the Hover-POV, a small drone that follows the Rig at all times. 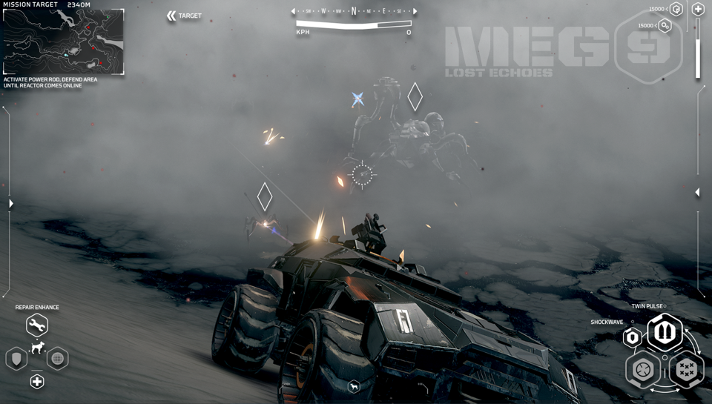 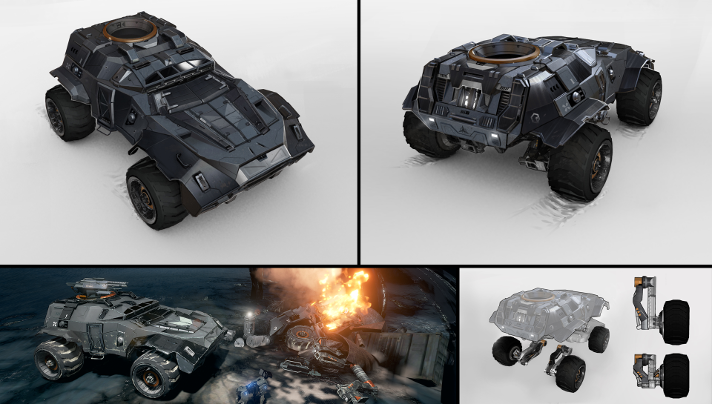 The Rig is an incredibly versatile vehicle, capable of being modified to suit the needs of any particular encounter. Three weapons can be simultaneously mounted, ranging from the powerful Plasma Cannon to the devastating Lightning Projector. Defence mechanisms, such as a kinetic shockwave or EMP pulse can also be installed for added protection. Individual Rig components such as radar, inventory, and armour can also be enhanced. Making sure the Rig is outfitted and fully prepared for the dangers that reside within the Horizon facility is a key component to survival.

The latest in a line of Multi-function Extraction and Gathering units, MEG is a dependable robot tasked with assisting remote operators with tasks that they are unable to perform with just the Rig. They are capable of scouting terrain and identifying dangers and useful objects, repairing and enhancing deployable units, and even disrupting enemy attacks. MEG can also interact with a wide variety of access points within Horizon, whether it be opening doors or even hacking basic machinery. 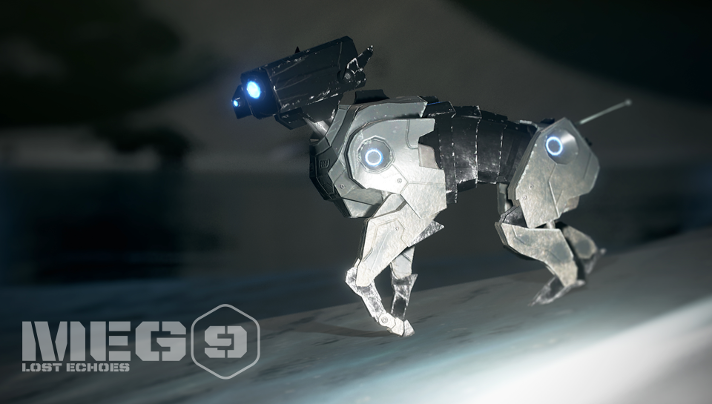 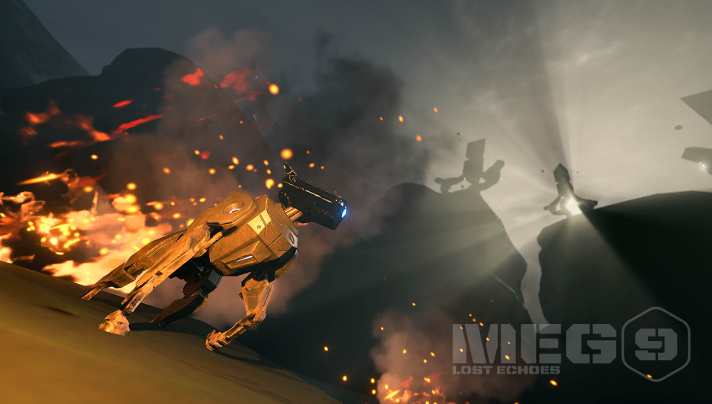 Destroyed hostiles and can be salvaged for Mimetic Particles, also simply known as Parts. These tiny clusters of nanomachines can be reprogrammed and assigned to construct versatile deployable units at any time. These units, which include sentry guns, proximity mines, and energy walls, are instrumental in securing areas and holding back hordes of hostiles. Several new forms of deployables can be unlocked by pushing deeper into Horizon and uncovering new schematics. 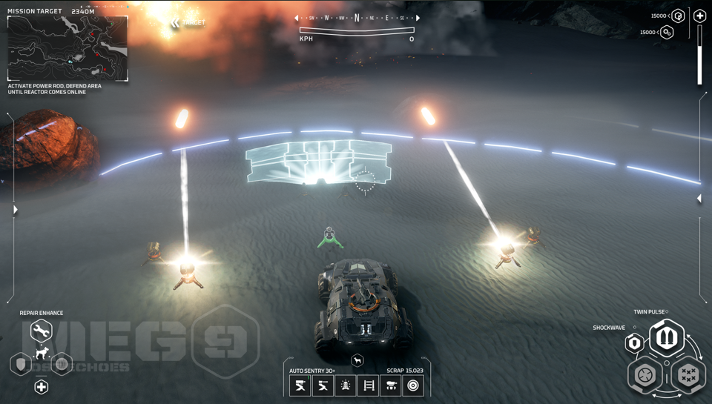 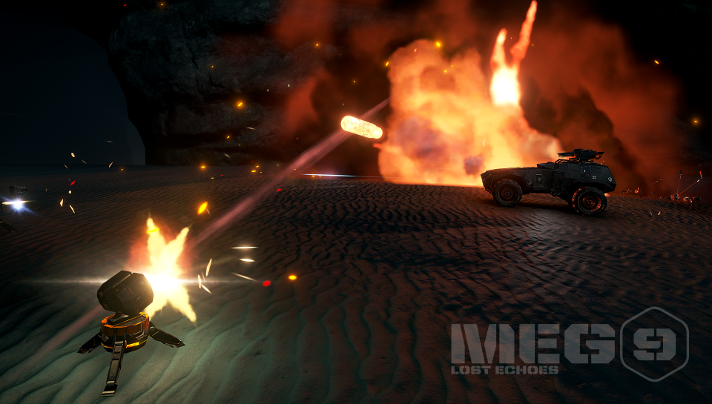 Will be achievements?
Atlaimond
< >
211 Comments

riv3rbird Jan 6, 2016 @ 3:22am
Hyped to see what the final product will be. Big fan of WG and all his writing, so much anticipation to play this game.

Duehat Aug 13, 2015 @ 4:14pm
Make the robots look cooler. Like car assembly line robots. Man there better be some good sci fi in this.

MEG 9: Lost Echoes has been Greenlit and is now listed in the Steam store. For the latest information, purchase options, and discussions for MEG 9: Lost Echoes, please see it on the Steam Store or in the Steam Community.
Visit Store Page
For more details Visit Community Hub
For latest discussions
If you really, really want to, you can continue to the Greenlight page. Information on this page may be out of date, since all the action has moved to the areas noted above.