Greenlight > Games > StormBringerStudios's Workshop
Greenlight is being retired. For more information on how to submit games to steam, refer to this blog post.
This item has been removed from the community because it violates Steam Community & Content Guidelines. It is only visible to you. If you believe your item has been removed by mistake, please contact Steam Support.
This item is incompatible with Greenlight. Please see the instructions page for reasons why this item might not work within Greenlight.
Current visibility: Hidden
This item will only be visible to you, admins, and anyone marked as a creator.
Current visibility: Friends-only
This item will only be visible in searches to you, your friends, and admins.
MagiCraft : Swords and Sorcery (VR)
Description Discussions2 Announcements6 Comments132 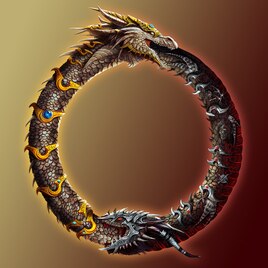 This is our entry to Leap Motion 2015 Contest.

Spell casting is way more polished and way advanced in this demo.
You can download, play and rate if you have LeapMotion and DK1/2:

Features:
Have you ever tried to cast fireballs with you bare hands in VR?! Once you do there's no way back!

Roadmap:
We have first game of series ready: Magicraft : Balance. It will set mood for whole series and establish world balance.
After we will intro 4 DLCs and 2 more titles: Magicraft: Elementals and Magicraft: Arena.

"Storm Bringer Studios’ Magicraft lets you play as a powerful mage in a land of swords and sorcery. While Magicraft is designed with VR in mind, a desktop version is also available – download it from our 3D Jam site"

Is this VR only?
Wholley Seasons

StormBringerStudios  [author] Jun 20, 2017 @ 4:11am
We released another VR title meanwhile and getting back to Magicraft title after that:

StormBringerStudios  [author] May 28, 2016 @ 10:07am
We are using SteamVR So it will work on Oculus as well except controllers. Original game was made using DK2 + Leap Motion. For ultimate experience either Vive or Oculus + Touch controllers are recommended.

StormBringerStudios  [author] May 28, 2016 @ 10:01am
We got Vive pre 2 month ago and its amazing controllers. Now we are talking! This is what we was waiting for, search for perfect controllers are over!

StormBringerStudios  [author] Jan 9, 2016 @ 12:47am
Hi thanks for your patience. You may play demo we've posted as update last month here. http://abnormalia.itch.io/warlock-vr

VR and new controls are "Terra incognita", with so many headsets and different control schemes. We want to deliver BEST experience possible and not another puzzle game. If you got Oculus DK + Leap, Try demo its amazing experience. We've seen many player who did not believed this was possible on LeapMotion, it feels so natural to cast spells like that. Also there will be MP demo soon online!
< >