This software has been Greenlit by the Community!

The community has shown their interest in this software. Valve has reached out to this developer to start moving things toward release on Steam.

Greenlight > Software > MadSkin Studios's Workshop
Greenlight is being retired. For more information on how to submit games to steam, refer to this blog post.
This item has been removed from the community because it violates Steam Community & Content Guidelines. It is only visible to you. If you believe your item has been removed by mistake, please contact Steam Support.
This item is incompatible with Greenlight. Please see the instructions page for reasons why this item might not work within Greenlight.
Current visibility: Hidden
This item will only be visible to you, admins, and anyone marked as a creator.
Current visibility: Friends-only
This item will only be visible in searches to you, your friends, and admins.
Glue Engine - The First Game Engine For Everyone
Description Discussions1 Announcements9 Comments99 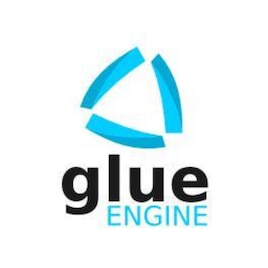 MadSkin Studios
Offline
See all 5 collections (some may be hidden)
Recent Announcements View All (9)
Glue Engine - BETA 1.8 has been released!
August 9, 2015 - MadSkin Studios
Glue Engine is the first game engine for everyone. Glue Engine is very easy to use and it helps you to create games very fast.
We just launched our next BETA version. This version has a lot of bugs fixes and the engine works like a charm now.

Your feedback is very important to us because only in this way we will make the best product out there!
Our team works very hard now to implement the new graphics technology and also to add more features.

You will see the changes on the next release so stay close !

Download the new BETA version from our website: http://www.gluengine.com/download/beta
Read More
Glue Engine - BETA 1.7 Released !
May 30, 2015 - MadSkin Studios
This version is best BETA we had ever released. The engine works like magic!
We have a tone of new features and tools to play with! Enjoy!

Our mission is to develop high quality innovative games and applications and to play an important role in this market.

Glue Engine – The 1st class engine for everyone. Glue Engine is very easy to use it marks casual and professional developers and regular users.

No lightmapping calculations the graphics are rendered instantly just one click and the executable will be created with all the levels and elements required for the game.

Glue Engine has the easiest editor layout designed especially for developers and regular users that really want to focus on the game mechanics and not dealing with complicated engine design. The main buttons that lets you create the game are in front of the layout and the rest in Tools Section!

We have great news.

Thanks to everyone who voted and who wanted to get this product on Steam.

All the best,
Glue Engine Team

Thank you very much for your feedback. We just launched BETA version 1.8 .

Test it and leave a feedback after.

Our engine si dedicated also to the regular users that never created a game before. Professional and casual developers can program if they want.

Soon we will make contests where we will award with hardware prizes the best level created in Glue Engine.