Greenlight > Games > bcampolo's Workshop
Greenlight is being retired. For more information on how to submit games to steam, refer to this blog post.
This item has been removed from the community because it violates Steam Community & Content Guidelines. It is only visible to you. If you believe your item has been removed by mistake, please contact Steam Support.
This item is incompatible with Greenlight. Please see the instructions page for reasons why this item might not work within Greenlight.
Current visibility: Hidden
This item will only be visible to you, admins, and anyone marked as a creator.
Current visibility: Friends-only
This item will only be visible in searches to you, your friends, and admins.
Starship Empire
Description Discussions1 Announcements4 Comments49 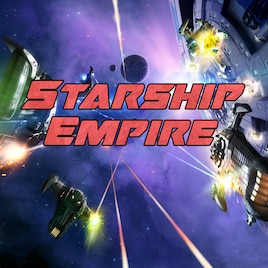 bcampolo
Offline
See all 7 collections (some may be hidden)

View Starship Empire in the store

It's been 4-5 years since I abandoned the game, but I am back at it again and live streaming my progress this time. Check out the new Twitch live stream here:
https://www.twitch.tv/bjcampolo

I was understandably a bit disappointed that the project didn't get the traction it needed to reach its goal on Kickstarter, but the show must go on and development will continue.

The majority of the money being raised was for art work and while the art work is not ideal and even missing in some places, I will make due with what I have and eventually I will release a beta copy to the community.

Thank you for your ongoing support. I will post updates here as the game progresses.

Read More
Description
Release date: When it's done
Starship Empire is an intense PvP-filled space MMO where you not only lead your ship into epic battles, but manage the entire crew inside.

It takes place in a persistent universe where thousands of players are all interacting with each other at the same time, talking, trading and blasting the hell out of each other in ship-to-ship combat! Inside the ship you can do things such as command one of your engineers to fix a broken shield generator or order one of your security officers to attack intruders that are boarding the ship. There’s just as much fun inside the ship as there is outside!

Picture a world where you can soar through the galaxies, captain of your own ship, in command of your own crew, exploring the unknown, solving the mysteries of the universe, and fighting those who threaten your freedom, ideologies and livelihood.

Real-time crew-to-crew combat
When an enemy ship's shields are down and it has been damaged enough, you can board their ship, sending selected crew members over. The boarding player can loot the boarded player's cargo and bring it back to their ship. Both players will control individual crew members, and can shoot at each other, injuring or even killing each other.

Hybrid Permadeath
When your ship is destroyed, there are two options. You can decide to salvage your ship and recover whatever wasn't looted by pirates or permanently scrap your ship, collecting an insurance payment that you can use to start a new game.

Inner-ship Experience
As captain of the ship, you can select crew members and assign them to repair shields, hull plating, and other damages. Crew members that are injured during an attack can recover in sick bay or you can assign medical officers to heal them. Throughout the ship there are various crew stations including Navigation, Tactical, Engineering, Medical and Command. When crew members are assigned to these stations they earn experience in a specific skill. These skills have a direct impact on how well a ship fairs in battle and solving problems. For example, if a crew member assigned to a tactical station is a level 2, the player will have a better chance of hitting an enemy during battle than if that same player assigns an officer with level 1 tactical skill to the station.

Fuel/Power System
Every ship has a certain amount of engine slots. Each slot can hold an engine that will burn fuel and produce energy. This energy will be used to power shields, weapons and other devices. Engines can be upgraded for increased fuel efficiency and power production. In addition to engine slots, each ship has a certain amount of energy cell slots that can be filled to increase a ship's energy storage capacity, thereby allowing ships to recover shields and fire weapons more quickly.

Starbase Shop
Each galaxy has one or more starbases where you can dock your ship for safety and upgrade your ship's shields, hull plating, weapons, scanners, crew and more. You can also sell acquired items and raw materials that were mined from asteroids and ship remains.

Player Reactions
I recently presented a pre-alpha demo of Starship Empire at PAX East in Boston. I met a lot of great people and here are some of the highlights:

Players were having a lot of fun shooting other ships and blowing things up in the outer-ship view, but my favorite part was the reactions on their faces when they saw that you can go inside the ship and control individual crew members. When they found out it was an MMO on top of it they were psyched.

I got a lot of "This looks like Star Control meets FTL plus multiplayer!" Some people replaced Star Control with Escape Velocity (or a few other games I've never heard of) and one guy said it looked like a real-time Gratuitous Space Battles, but no matter which game they quoted, one thing was for sure, they were excited! Another comment I received was, "This is a little like EVE but really easy to get into," which was reassuring to hear.

Tweets during the show
Fairlight ?(@FairlightEx) Support good games! Starship Empire looks impressive and is being made by literally one guy. Definitely my favorite so far @BantamCityGames

Charlotte Armstrong (@scifichar) Really impressed with @BantamCityGames Starship Empire demo at #PAXEast2015. Check it out and help make it a reality

Chris Plath (@name404) Definitely check out @BantamCityGames Starship Empire. Twas very awesome and I must have it. #PAXEast

bcampolo  [author] Apr 20, 2021 @ 6:03am
It's been 4-5 years since I abandoned this game, but I am back at it again and live streaming my progress this time. Check out the new Twitch live stream here:
https://www.twitch.tv/bjcampolo

bcampolo  [author] Jan 5, 2018 @ 6:41am
Development has been non-existent lately. Unfortunately I'm going through some hard times in my personal life, but I haven't lost hope of getting back to this.

Dag Nov 5, 2017 @ 8:32am
With the advent of shows like the Orville and all the re-runs of Star Trek The Next Generation, Deep Space 9, and Voyager on daily basis.. as well as TOS, and others.. I believe it is time to re-do another "Kickstarter" like fundraiser. I am willing to bet that this time, the goal will not only reach the desired amount, but will surpass it by hundreds of thousands.

The Interest in a game such as this is enormous due to games like Star Citizen and Elite Dangerous being extremenly popular. Someone will just need to post about it on their forums, i.e. proper P.R. campaign is needed prior to launch of the new "fundraising" campaign.

Never give up, never surrender... this project will succeed!

bcampolo  [author] Oct 16, 2016 @ 6:06pm
@Customgame there is not currently a plan for that, but it's been mentioned by a few people so I'll add it to the "after release" backlog. Thanks for your interest.

bcampolo  [author] Apr 23, 2016 @ 6:34pm
@Black Rain, that is great to hear! You can also register on the official site starshipempire.com and you'll be added to the waiting list and should receive an email as soon as we have something worth playing.
< >

Starship Empire has been Greenlit and is now listed in the Steam store. For the latest information, purchase options, and discussions for Starship Empire, please see it on the Steam Store or in the Steam Community.
Visit Store Page
For more details Visit Community Hub
For latest discussions
If you really, really want to, you can continue to the Greenlight page. Information on this page may be out of date, since all the action has moved to the areas noted above.