Greenlight > Games > Voice of Steel's Workshop
Greenlight is being retired. For more information on how to submit games to steam, refer to this blog post.
This item has been removed from the community because it violates Steam Community & Content Guidelines. It is only visible to you. If you believe your item has been removed by mistake, please contact Steam Support.
This item is incompatible with Greenlight. Please see the instructions page for reasons why this item might not work within Greenlight.
Current visibility: Hidden
This item will only be visible to you, admins, and anyone marked as a creator.
Current visibility: Friends-only
This item will only be visible in searches to you, your friends, and admins.
Voice of Steel
Description Discussions15 Announcements2 Comments447

Voice of Steel
Offline
See all 46 collections (some may be hidden)
Recent Announcements View All (2)
Good news, everyone!
July 21, 2016 - Voice of Steel 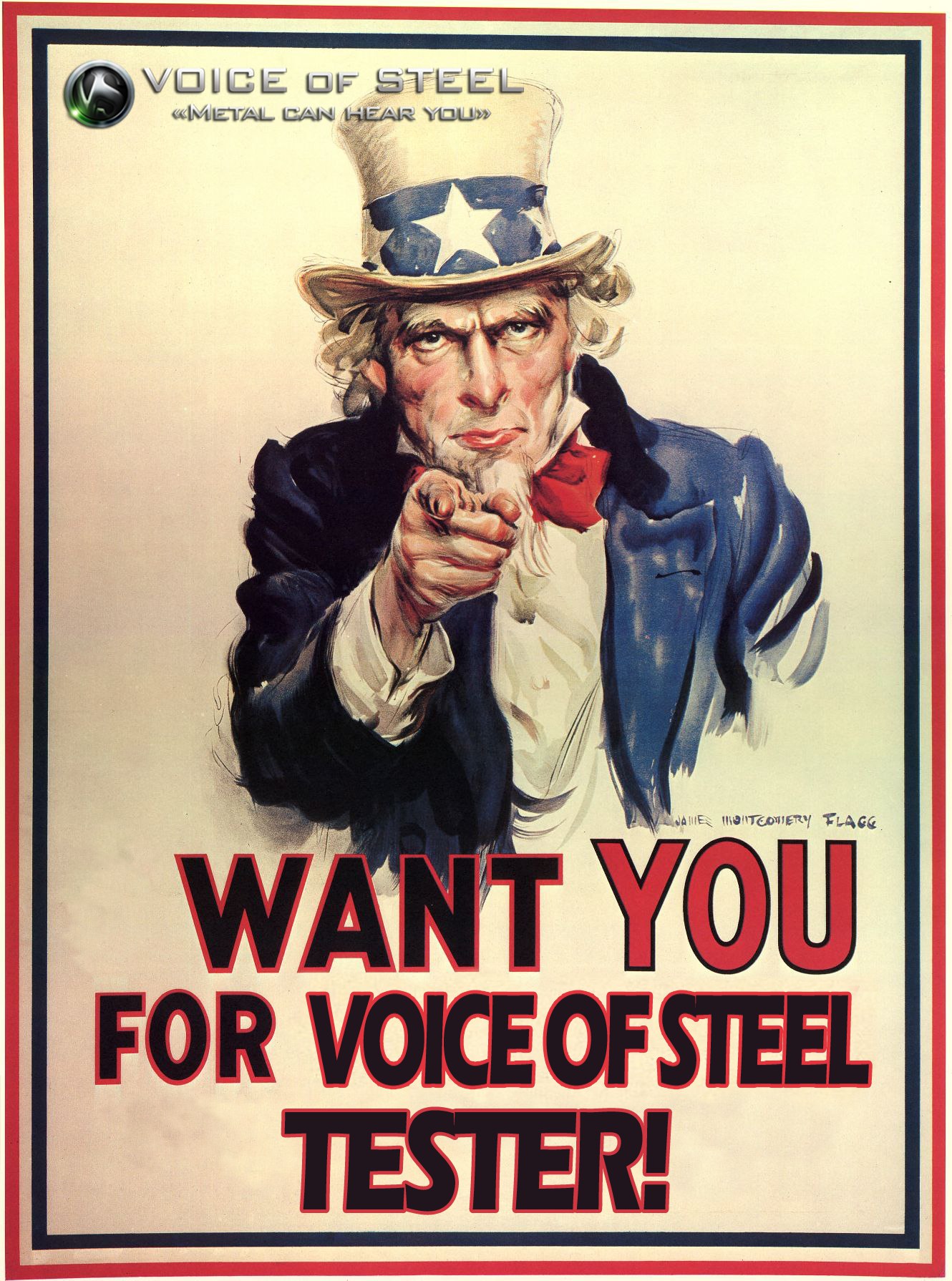 We've started a booking for a closed alpha and beta testing of our project - game Voice of Steel at Indiegogo! You can become a tester, buy a game with a huge discount and just to support our project here!

We thank you kindly! We made it thanks to you!

Voice of Steel - is an online physics-based simulator of robot fights, where You create movements and strokes for your robot, which is composed out of 16 different modules. Your role is to be an operator, coach, manager and mechanic of all your robot-fighters.

What will you choose: to become a famous champion or a leader of underground arenas? Will you create your own fight club or fight alone? Will you find a sponsor or will you rely only on yourself?

That's only your decision!

1. This is something new! We have developed a unique physical system, which allows you to animate the robot, create movements and strikes for them. It also determines the outcome of the battle as well.
The skeleton of the robot has more than 2000 connections; it is simulating rigid structures, joints, tendons and muscles. No ragdolls! The collision system runs in a full contact with physics.
During rendering of a stroke, close to reality model is used. It is taking into account the mass and the velocity of each collider from head to heel. Properly delivered blow is the key to a victory. Adaptive algorithms are used for simulating both - the robots and the environment without appreciable loss of performance. Physics frequency is 60 ticks per second without FPS failures. All that is possible at the stage of tech-demo! Do not worry about the fact that a game will not work with a slow computer - our approach is to simulate the battle on the server side, what is also largely eliminates cheating.

2. Create your own fighter! Each robot consists of 16 items, which carry different characteristics. Now more than 100 thousand combinations of robot assembling is assessable, without taking into account painting. That allows the player to create both internally and externally unique fighter!

3. Movement freedom! Each player can create any movement or stroke and use it in a battle. That gives everyone the opportunity to create his own fighter with a unique fighting style. After all, "the frog stroke" or "double stroke to the head" at a special angle can give a great advantage when your opponent does not expect this.

4. Maximum control! The game has a traditional keyboard and gamepad control, and we develop a unique voice control system, which will allow you to manage your fighter by voice, because remembering and pronunciation of the name of the blow that he came up with is easier than finding a needed button among dozens of options.

Game development team is a part of Point Cloud Studio, where every member is a highly qualified and enthusiastic expert in his field.

Point Cloud Indie Studio started its work in 2007, they worked on various projects that allowed them to get the necessary experience to be ready for this one.

They have noticed that the fighting games industry was in crisis as the games have become boring and there seemed to be no trends in the development. Being true fans of fighting games, the team has come up with their own project - Voice of Steel - which promises to become a real breakthrough in the online games industry.

This has crazy potential
source
< >
447 Comments

ooowwwooo Aug 9, 2016 @ 4:38am
You can download a tech demo for the game from the kickstarter page, if anyone didnt know. https://www.kickstarter.com/projects/1741122202/voice-of-steel/description

NationalAlien May 10, 2016 @ 1:12pm
Yoo! Congrats on getting greenlit, looking forward to playing this!