Greenlight > Games > BISBOG SA's Workshop
Greenlight is being retired. For more information on how to submit games to steam, refer to this blog post.
This item has been removed from the community because it violates Steam Community & Content Guidelines. It is only visible to you. If you believe your item has been removed by mistake, please contact Steam Support.
This item is incompatible with Greenlight. Please see the instructions page for reasons why this item might not work within Greenlight.
Current visibility: Hidden
This item will only be visible to you, admins, and anyone marked as a creator.
Current visibility: Friends-only
This item will only be visible in searches to you, your friends, and admins.
Astro Lords: Oort Cloud
Description Discussions1 Comments64 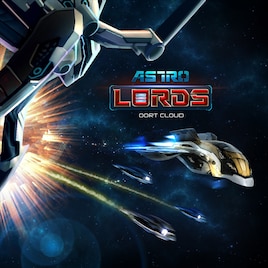 BISBOG SA
Offline
See all 8 collections (some may be hidden)

You will take on the role of an Astro Lord, leader of your own asteroids in the Oort Cloud on the fringes of the solar system. As well as vying against other players for dominance in PVP combat, you must also face off against a mysterious alien race which has invaded the Cloud.

Build!
Asteroids are at the heart of your Empire. You begin the game with a home asteroid which you must develop through the construction of facilities such as mines, power plants, factories and laboratories. Resources must be gathered, or stolen, to construct ammunition and cyborgs to fuel your expansion. Secondary asteroids can be added through colonising empty ones, or capturing developed asteroids from your enemies.

Astro Lords: Oort Cloud is the first MMORTS to feature moving bases on a spherical map, putting you in the driving seat. Will you manoeuvre your asteroid in pursuit of your enemies, flee from hostile foes, or explore vast nebulae and alien ruins?

Shoot!
Leading the charge against your enemies are the Captains. You can recruit up to 6 Captains from 7 different classes. Will you recruit a Warrior and focus your efforts on combat? A Scientist, to boost your research output? A Spy, to keep tabs on other Astro Lords and alien bases? With over 50 different skills to develop, you can tailor your Captains to suit your gameplay style. Each Captain can be fully controlled in battle against other players and AI alien enemies, and will fight to defend your base while you're offline too.

Captains and starbases can be improved through skills, runes, artifacts and officers, giving you complete control over your combat style and abilities. The click-and-drag Artillery style combat in Astro Lords: Oort Cloud provides fast-paced real-time combat – think Worms, but without having to wait your turn! Players can choose between a number of different battle modes including Team Deathmatches, Duels, Boss Fights and Alien Challenges.

Raid!
To maintain your power in the Oort Cloud, you'll need to have strong friends and rich enemies. Forge alliances with other players and help defend each other’s asteroids, and send your spies to infiltrate and sabotage enemy bases. Lead daring raids against other players to steal their resources for yourself. Deploy Explorer cyborgs into the Cloud to discover ancient technology and mysterious artifacts. In the Oort Cloud, it's up to you whether you want to be the hero or the villain...

As an MMO in constant development, Astro Lords: Oort Cloud receives free regular updates containing new game features and improvements. We'd love to welcome the Steam Community to the Oort Cloud as the game continues to grow and evolve, pushing the sci-fi MMO to the next level. Your support, questions and comments would be greatly appreciated! If you'd like to give Astro Lords: Oort Cloud a try, visit https://astrolords.bisbog.com/
Popular Discussions View All (1)

Astro Lords MMO May 23, 2015 @ 5:43am
Russian version of Astro Lords: Oort Cloud is on Steam GreenLight, you can support it now http://steamcommunity.com/sharedfiles/filedetails/?id=447049780

BISBOG SA  [author] May 18, 2015 @ 6:06am
Thanks for all of your support! We're very excited to have been greenlit, and we're looking forward to bringing Astro Lords: Oort Cloud to the Steam community as soon as possible.

Astro Lords: Oort Cloud has been Greenlit and is now listed in the Steam store. For the latest information, purchase options, and discussions for Astro Lords: Oort Cloud, please see it on the Steam Store or in the Steam Community.
Visit Store Page
For more details Visit Community Hub
For latest discussions
If you really, really want to, you can continue to the Greenlight page. Information on this page may be out of date, since all the action has moved to the areas noted above.