Greenlight > Games > orlygift's Workshop
Greenlight is being retired. For more information on how to submit games to steam, refer to this blog post.
This item has been removed from the community because it violates Steam Community & Content Guidelines. It is only visible to you. If you believe your item has been removed by mistake, please contact Steam Support.
This item is incompatible with Greenlight. Please see the instructions page for reasons why this item might not work within Greenlight.
Current visibility: Hidden
This item will only be visible to you, admins, and anyone marked as a creator.
Current visibility: Friends-only
This item will only be visible in searches to you, your friends, and admins.
Commander Cool 2
Description Discussions0 Announcements9 Comments285 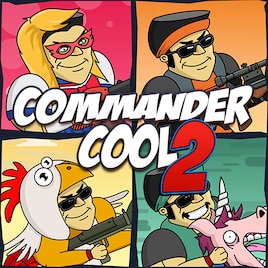 orlygift
Offline
See all 35 collections (some may be hidden)

View Commander Cool 2 in the store

Commander Cool 2 will be available on April 23th 2015 :D (Coming Soon - Add us to your wishlist)
We have to thank you all for the support!!!

Big thanks,
The Commander Cool Team

We are happy to announce that we got greenlit.

After 21 days of being on Steam Greenlight Commander Cool has finally been greenlit! Thanks to everyone, who supported us all this time and for telling about Commander Cool to your friends and campaigned them to vote! Thank you for being with us!

But greenliting is not the reason to relax. We have still some work to do, but we’ve already crossed the important boundary with all of you.
Thank you so much for your support!

Commander Cool 2 is a four player local coop retro-styled adventure that is destined to be one of coolest game in 2015!

IT WILL BE FUN THEY SAID, PLAY CO-OP WITH FRIENDS!
And they were right! You need not travel through time alone to find the scoundrel who took off with the time traveling technology! Play in local co-op with up to 4 friends as you battle everything from dinosaurs to the demented death dealers of the future!

Time Travel
Time travel is the order of the day for Commander Cool and yourself if you can handle the excitement!
When an evil genius, err...curious janitor, gets his hands on a time travel device in a secret lab, the scientist loses his mind and calls in Commander cool to use the rickety prototype in order to hunt down the thief through three different ages from the distant past to the future!

Weapons? You say... But of course! And many of them!
You will be issued up to 9 crazy weapons of doom and destruction as you adventure through the dangerous eras of the stone age, the golden age of piracy to battle the scurvy pirates, and a mysterious future time. Use weapons like RS-182 Rainbow Spitting Unicorn and the formidable VW-21.2 Volcano Weapon to annihilate all threats! 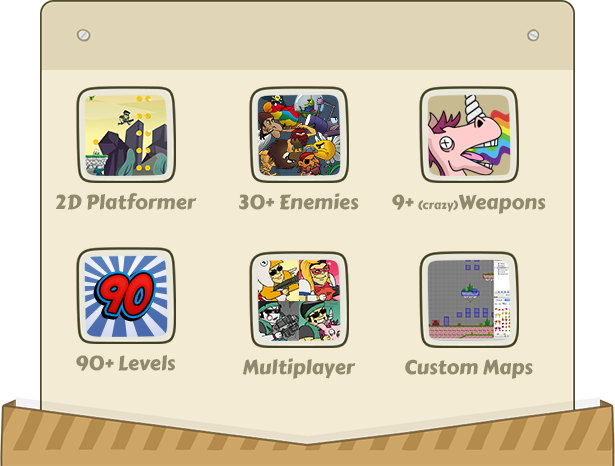 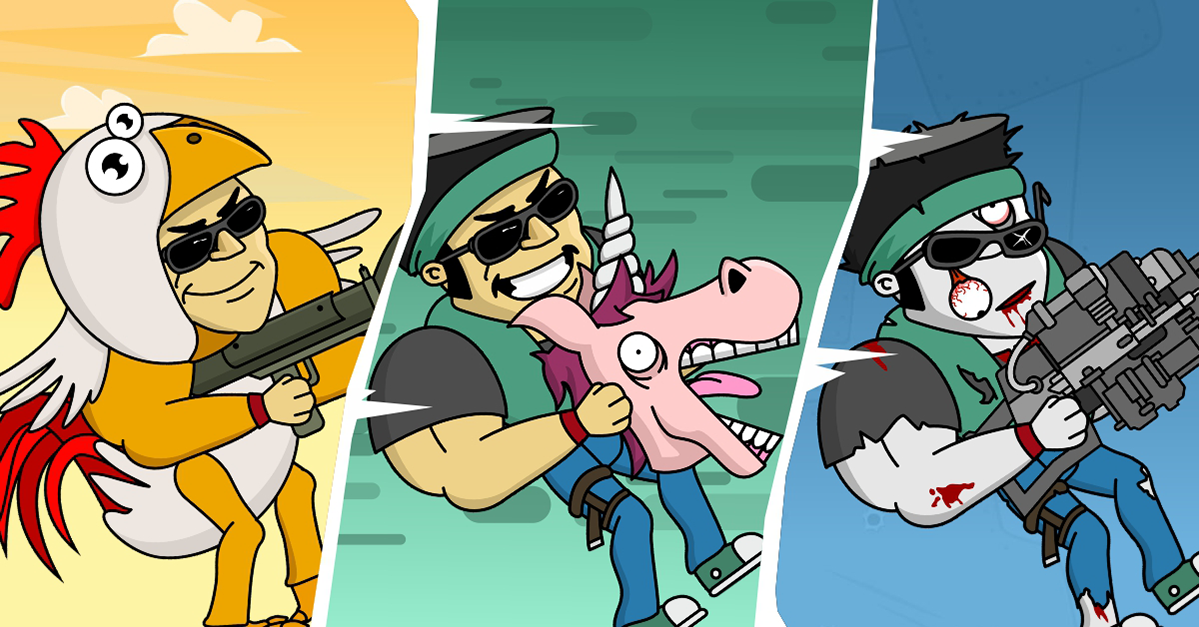 Custom Maps
With the desktop version everyone has the opportunity to create their own maps and edit existing ones. With the free map editor Tiled, everyone can set their imagination free!
We will later release a documentation how to create custom maps.

Available for
Controls
Play as you like! Feel comfortable to use your keyboard or controller. Or get yourself the mobile version and play on the go!
We invested many hours of fine tuning these controls so it just feel right.

Originally posted by When will the game be available?:
We are aiming for a release with the first episode in spring 2015.

Originally posted by How does the payment model for the game work?:
Pay once & play, no ads and no pay to win

We have been working on Commander Cool 2 for over 2 years now. Most of the code and game mechanics are done as well as the art. Now we’re working hard on assembling all parts together and creating awesome content. We hope we can release a beta build around march 2015.

Made by Orlyapps with a lot of love and heavy metal ♥

Commander Cool 2 has been Greenlit and is now listed in the Steam store. For the latest information, purchase options, and discussions for Commander Cool 2, please see it on the Steam Store or in the Steam Community.
Visit Store Page
For more details Visit Community Hub
For latest discussions
If you really, really want to, you can continue to the Greenlight page. Information on this page may be out of date, since all the action has moved to the areas noted above.