Greenlight > Games > Wanderer's Workshop
Greenlight is being retired. For more information on how to submit games to steam, refer to this blog post.
This item has been removed from the community because it violates Steam Community & Content Guidelines. It is only visible to you. If you believe your item has been removed by mistake, please contact Steam Support.
This item is incompatible with Greenlight. Please see the instructions page for reasons why this item might not work within Greenlight.
Current visibility: Hidden
This item will only be visible to you, admins, and anyone marked as a creator.
Current visibility: Friends-only
This item will only be visible in searches to you, your friends, and admins.
Voidrunner
Description Discussions11 Announcements9 Comments527 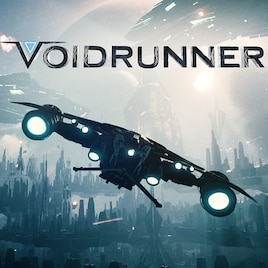 Wanderer
Offline
See all 74 collections (some may be hidden)

View Voidrunner in the store

Hello everyone! The time is coming to play together at last! We have started taking Close Beta Sign Ups. We are planning to go for Close Beta in late July so head over to our official site to have your free reservation.

And by the way, here is our latest gameplay video!
https://www.youtube.com/watch?v=_T1VvBvdDXU

Our social media followers are always up to date about our process but we sometimes forgot to update our news here so we're sorry for it. So.. Let's get to the news then!

Voidrunner is not a simple speed & reflex game anymore. Now it's a Multiplayer Shooter Game which combines FPS (First Person Shooter) controls with MOBA modes. It's the first of its kind. Apart from classic modes such as Deathmatch or Capture the Flag, you'll be fighting in competitive modes such as Destroy the Base or Attack the City.

These modes will be similar to popular MOBAs and will feature team bases, structures and abilities system.

We are also integrating Class system into Voidrunner. First, you'll select your class, then your in-game abilities, then you'll select a preset ship or create your own.... And enter the fight!

More information, screens and videos will be released very soon. Our Close Beta is expected to begin on May.

And of course we are not forgetting our other supporters; Conn Computers, Nvidia Turkey, MSI Turkey and Microsoft Turkey. Together we are creating something good, something big!

Follow us for up to date screenshots, videos and news!

This is the Void... Forever and never, alive and dead...

Voidrunner, developed by RealityArts and made in stunning Unreal Engine 4, Targeted for PC and next generation consoles, expected to be released in Steam Early Access on Q2 2016.

The visual design is one of a kind for a flying game as the whole design is being created like an RPG with incredible attention to detail for the psychedelic design of the Void.

There will be more to be announced at a later date.

Wanderer  [author] May 14, 2017 @ 2:39pm
Hey KIMOLiang, we have put a difficulty settings and a new host game interface for the single player. We think that will be great for everyone to choose their difficulty:) thanks

Voidrunner has been Greenlit and is now listed in the Steam store. For the latest information, purchase options, and discussions for Voidrunner, please see it on the Steam Store or in the Steam Community.
Visit Store Page
For more details Visit Community Hub
For latest discussions
If you really, really want to, you can continue to the Greenlight page. Information on this page may be out of date, since all the action has moved to the areas noted above.