Greenlight > Games > Rich Pine's Workshop
Greenlight is being retired. For more information on how to submit games to steam, refer to this blog post.
This item has been removed from the community because it violates Steam Community & Content Guidelines. It is only visible to you. If you believe your item has been removed by mistake, please contact Steam Support.
This item is incompatible with Greenlight. Please see the instructions page for reasons why this item might not work within Greenlight.
Current visibility: Hidden
This item will only be visible to you, admins, and anyone marked as a creator.
Current visibility: Friends-only
This item will only be visible in searches to you, your friends, and admins.
Rescue Love Revenge
Description Discussions0 Comments38 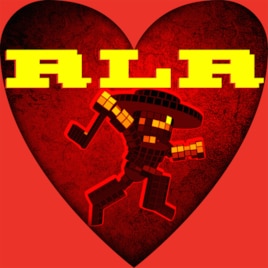 Rich Pine
Offline
See all 2 collections (some may be hidden)

Rescue Love Revenge is a rapid-iteration feature game, delivering new chapters, scenes, and episodes constantly, almost like a tv show but not really, just some nextlevel episodic stuff. Like if you were watching a movie like Die Hard but then you grabbed the controller to change what happens. There's a turn that takes place, a shift in vibes, somehting is about to happen. Well make it happen...

Currently, the concept of the story is somewhat available in mobile form (iOS here at http://appsto.re/us/kdgBK.i, Android and other platforms coming soon) and that version acts as a sort of crowdfuning system for developing this whole Rescue Love Revenge experience. That mobile version was built in Unity3D in about 2 months time and about 5 devs so far through Hatchlight, an offshoot of Trepid. If you want to support development directly while waiting for it to be greenlit, play the mobile version and give us feedback. That mobile version isn't just a mobile version, it's just the only platform it's available on. That retro style game will be on Steam right next to the next iteration of the game, like a sequel but not really, with a more modern style. Two games in one, sort of. All will become more clear when you play the full game on Steam.

The Steam version of RLR will be avilable on PC, Mac, and Linux and will be a nextgen game built and released from prototype to alpha to beta through Early Access and beyond through the entire Steam Universe to the full release when it's ready to lose the beta and Early Access tags. The Steam platform will be the primary focus of development, so Early Access will partially be a bit of a playground in terms of adding content like levels, modes, and trying innovative things like asymmetrical multiplayer along with extensive Workshop integration.

Feel free to visit the official website at http://RescueLoveRevenge.com and watch how that grows changes too.

* The initial video and screenshots were captured from a standalone PC build as well as inside the Unity3D editor, although the pause button remains from the iOS version (something that will be addressed for sure considering the mobile game isn't made like the current iteration of RLR to be on Steam).
< >
38 Comments

CrispyCoin Jan 12, 2015 @ 6:08pm
Looks pretty sweet. And like Deer God, I love these kinds of graphics. By the way is the name a nod to RDR since it's also in a Western setting?

trepid_jon  [author] Jan 10, 2015 @ 4:46pm
Thank you all for the support. I'm currently working on getting android and web player versions ready within the next couple days to at least get a little taste while waiting for the Steam version. The iOS version will also be updated soon with new content that will be in all of the versions.

Rescue Love Revenge has been Greenlit and is now listed in the Steam store. For the latest information, purchase options, and discussions for Rescue Love Revenge, please see it on the Steam Store or in the Steam Community.
Visit Store Page
For more details Visit Community Hub
For latest discussions
If you really, really want to, you can continue to the Greenlight page. Information on this page may be out of date, since all the action has moved to the areas noted above.