Greenlight > Games > jbdodson's Workshop
Greenlight is being retired. For more information on how to submit games to steam, refer to this blog post.
This item has been removed from the community because it violates Steam Community & Content Guidelines. It is only visible to you. If you believe your item has been removed by mistake, please contact Steam Support.
This item is incompatible with Greenlight. Please see the instructions page for reasons why this item might not work within Greenlight.
Current visibility: Hidden
This item will only be visible to you, admins, and anyone marked as a creator.
Current visibility: Friends-only
This item will only be visible in searches to you, your friends, and admins.
Starship Rubicon
Description Discussions0 Announcements3 Comments58 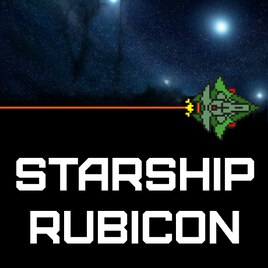 wickworks
Offline
See all 10 collections (some may be hidden)
Kickstarter

View Starship Rubicon in the store

We launched Starship Rubicon on our website and a few stores and so far the game is getting great feedback. It hasn't been Greenlit yet but that will come and if you help, it will come faster!

Share the Greenlight page with your friends and if you want to checkout www.starshiprubicon.com for more news about the game launching on our site, do so. If you buy it off our site you will get a Steam Key when it's launched. That said, many of you want to wait to pick it up when it launches on Steam and I don't blame anyone for that.

The Let's Plays and Twitch streams are coming in from all over and I wanted to share one that Wick and I found really amazing by StreamFriends. It paints a good picture of how awesome the game is and also shows some of the bugs we will smash in an upcoming patch!

Thanks for being awesome and voting!

Read More
Description
Release date: 12/15/2014 - Game is out now
Starship Rubicon is a space shoot-em-up that modernizes the physics and mechanics of Asteroids combined with the ship modification and roguelike elements of FTL.

In Starship Rubicon, Earth has been casually destroyed by a mysterious race of space-faring invertebrates. You are a fighter pilot whose cryopod has been collected by a possibly-insane AI, who has placed you in the unenviable position of being humanity’s savior. Shanghaied and alone, you must gather the remaining human survivors and traverse the surprising biodiversity of deep space to find a new home.

The footage in the trailer is from the beta, so keep in mind some of the art will change (for the best).

The game is out now on our website and if you get it there you will get a Steam key when we are Greenlit!

Starship Rubicon has been Greenlit and is now listed in the Steam store. For the latest information, purchase options, and discussions for Starship Rubicon, please see it on the Steam Store or in the Steam Community.
Visit Store Page
For more details Visit Community Hub
For latest discussions
If you really, really want to, you can continue to the Greenlight page. Information on this page may be out of date, since all the action has moved to the areas noted above.