Greenlight > Games > Tequilabyte Studio's Workshop
Greenlight is being retired. For more information on how to submit games to steam, refer to this blog post.
This item has been removed from the community because it violates Steam Community & Content Guidelines. It is only visible to you. If you believe your item has been removed by mistake, please contact Steam Support.
This item is incompatible with Greenlight. Please see the instructions page for reasons why this item might not work within Greenlight.
Current visibility: Hidden
This item will only be visible to you, admins, and anyone marked as a creator.
Current visibility: Friends-only
This item will only be visible in searches to you, your friends, and admins.
Sumoman
Description Discussions7 Announcements5 Comments488 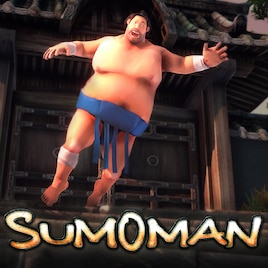 Tequilabyte Studio
Offline
See all 29 collections (some may be hidden)

View Sumoman in the store

Hi everybody!
We have finished Sumoman development!
So, here is the link to our Steam page:

And here is the launch trailer:

So, we have been greenlit!
Thank you guys for your votes and interest in our game. It is a very important for us.

And we keep on working.
We just have finished new level for co-op. It is a Ninja Dojo Racing. How do you think? Is it hard for Sumoman to do the same things that ninjas do? 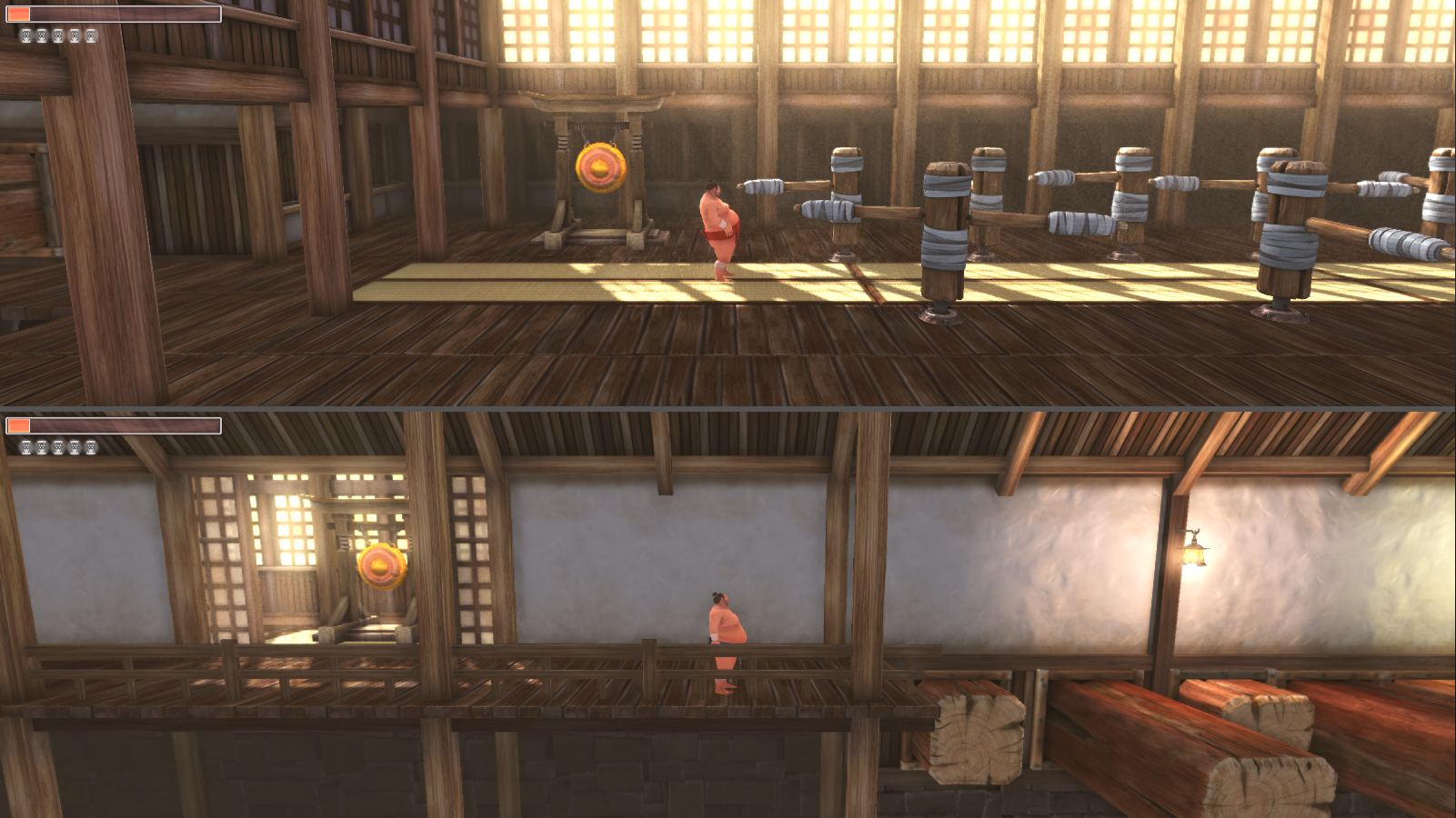 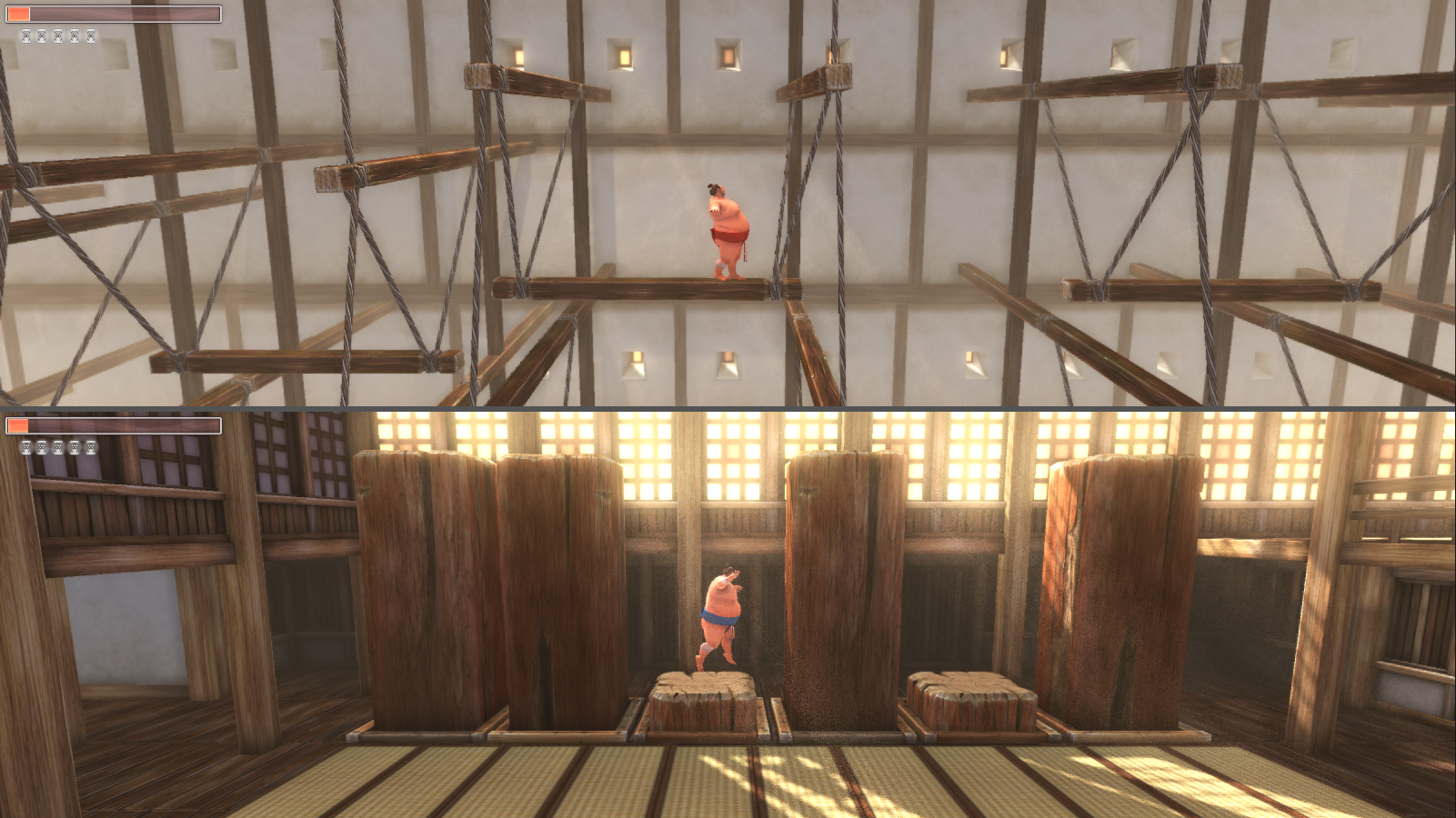 Read More
Description
Sumoman – is a horizontal arcade puzzler with an advanced physics, destructible objects and ability to reverse time. The players will solve various physical puzzles, trying to keep a sumoman on his feet in the challenging environments.

Sumoman has been chosen as one of the 8 finalists in Main Competition of the 6th Independent Games Festival China (IGF China). The game is powered by UNIGINE engine.

Story
A young Sumoman returning home from the sumo tournament finds his fellow countrymen in a dramatic peril. An Evil Mage has enchanted the inhabitants of the island, including the magnificent Daughter of the Daimyo, putting them to the eternal sleep.

Our clumsy yet fearless hero starts his journey across the stony islands, dark mountain caves, mysterious haunted mansions, deserted flotilla of merchant ships and many other scenic environments to reach the Daimyo’s castle. He will have to overcome the puzzling contraptions and threatening surroundings to face the Evil Mage. Sumoman makes no haste, because nothing can be worse for a noble hero than to fall over and lie helplessly.

Features
At the current stage of development we’ve already implemented:
We plan on adding the following features:

About Us
Tequilabyte Studio - is a very little indie studio which consists of 2 developers (two brothers) + 2-3 part-time developers. We are developing Sumoman for 2+ years and are determined to release it as soon as it's ready.

Please, support our game by hitting “Yes” and spreading the word on Facebook, Twitter and anywhere else. We’d like to hear your suggestions and feedback in the comments below.

Cool or not?
Ace

Getting a release date or store page anytime soon?
SpongeBong!

When is the release schedule?
MuNeNiCK
< >
488 Comments

Sumoman has been Greenlit and is now listed in the Steam store. For the latest information, purchase options, and discussions for Sumoman, please see it on the Steam Store or in the Steam Community.
Visit Store Page
For more details Visit Community Hub
For latest discussions
If you really, really want to, you can continue to the Greenlight page. Information on this page may be out of date, since all the action has moved to the areas noted above.