Greenlight > Games > PunkDrifteR's Workshop
Greenlight is being retired. For more information on how to submit games to steam, refer to this blog post.
This item has been removed from the community because it violates Steam Community & Content Guidelines. It is only visible to you. If you believe your item has been removed by mistake, please contact Steam Support.
This item is incompatible with Greenlight. Please see the instructions page for reasons why this item might not work within Greenlight.
Current visibility: Hidden
This item will only be visible to you, admins, and anyone marked as a creator.
Current visibility: Friends-only
This item will only be visible in searches to you, your friends, and admins.
nin
Description Discussions4 Announcements3 Comments568 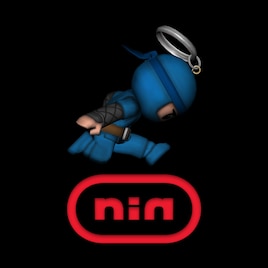 PunkDrifteR
Offline
See all 25 collections (some may be hidden)
Kickstarter
Recent Announcements View All (3)
The Future of nin
November 29, 2016 - PunkDrifteR

We’d first like to sincerely apologize for the lack of updates which have been sparse and far in between. Rest assured, Nin’s development is still underway and we will do our best from here on out to communicate our progress more efficiently.

With that said, we’d like to make 2 very important announcements:

After months and months of endless work and sleepless nights we finally put together a playable demo! In no small part thanks to your support, we are sharing a downloadable link exclusively for the Steam community:

We're very excited for everyone to try out this sneak peak of Nin! It's important to note that the build does not include platforming mechanics since it's still under heavy development. Its purpose is to demonstrate basic gameplay such as exploration and puzzle-solving. Hopefully it will clear up questions about the game's intended design.

KICKSTARTER
It's been a long road since Nin's debut on Steam and we’ve finally reached a critical point in development. Unfortunately, our personal funds can no longer support this project, so we're taking the plunge to launch Nin's Kickstarter campaign! With your help we'll be able to finish what we started, and also bring you new possible content and features:

This feature is literally a game changer! The game currently supports the use of Oculus Rift, so if you ever wondered what it's like to be in the movie - Honey, I Shrunk the Kids - then you'll probably want to check this out:

Nin was originally a much bigger game that was split into 3 parts. The one you see now is actually part 1, and since this may be our last development update, we wanted to share some of the new levels and interesting characters you'd encounter in the later parts:

Also, thanks very much to everyone who are still with us and reading this message. We haven't been the best at keeping you all in the loop about our progress, especially since we're making an announcement like this out of nowhere. If the Kickstarter is indeed successful, then it would be our duty - as official indie developers - to inform you on a reasonable basis. If you're still interested in seeing this project come to life, then please check Nin's Kickstarter page below:

We're excited to announce that Nin will be made available on the Steam store! Thanks very much to everyone who supported us and helped make this happen!

If you're curious about what we've been up to, then please check out these screenshots:

As you can see we did a HUGE graphics overhaul to the game. Not only did the visuals improve but the game runs faster as well!

The release date is still tentative, so be sure to check back for updates!

Read More
Description
Nin is a 3D survival-adventure game set in modern times. It follows the life of a discarded toy key-chain that takes refuge in a secluded shoebox. After many years of solitude, the tiny castaway sets off on a journey to see how the outside world has changed. Experience realistic environments and brutal physics as the littlest ninja makes the best of every situation he encounters.


- Explore real life like never before.
Waddle through parodies of American pop culture, such as 90's memorabilia, snacks, and even video games!

- Be resourceful with everyday items.
Gear up from a crafty selection of makeshift tools, each playing a different role to Nin's survival!

- Overcome challenges of all sizes.
Test both your wits and agility against intricate platforming action and unique puzzles!

This game looks cool though. So much clever stuff in it.

Akasha Heart Mar 22, 2015 @ 8:16am
Gimme gimme i like the details of the misc things I a room especially that sonic boom vcr and them choppers candy box