Greenlight > Games > Laboratory's Workshop
Greenlight is being retired. For more information on how to submit games to steam, refer to this blog post.
This item has been removed from the community because it violates Steam Community & Content Guidelines. It is only visible to you. If you believe your item has been removed by mistake, please contact Steam Support.
This item is incompatible with Greenlight. Please see the instructions page for reasons why this item might not work within Greenlight.
Current visibility: Hidden
This item will only be visible to you, admins, and anyone marked as a creator.
Current visibility: Friends-only
This item will only be visible in searches to you, your friends, and admins.
Judo
Description Discussions0 Announcements2 Comments53 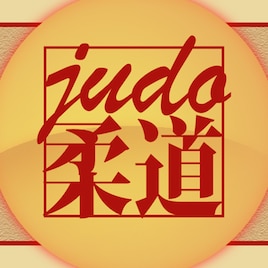 Laboratory
Offline
See all 9 collections (some may be hidden)
Recent Announcements View All (2)
Judo is LIVE on Kickstarter!
February 2, 2015 - Laboratory

We've officially launched the campaign for Judo on Kickstarter![kck.st] Come show everyone your support and get the game 50% off. The first few days of a campaign are always the most important; help us make Judo a success[kck.st]!

We're in the process of prepping for the upcoming Kickstarter campaign for Judo. We'll announce here when the project launches. We're getting things together, so stay tuned!

Read More
Description
Release date: June 2014 (Projected)
Master the art of judo in the ultimate fighting game for home computers.
The PAX Prime sensation is coming home! Get in on the real arcade gameplay with these amazing features:

The Rules are Simple, Mastery is Not
The first player to throw their opponent 3 times wins.

If a player leaves the ring by overstepping or being thrown, they are disqualified.

Inspired by rolling and throwing in Super Smash Brothers, Judo captures the spirit of sports games from the early days of video games with modern game mechanics. The game features tight 1-on-1 fighting, but it's also a great 4-player party game.
< >
53 Comments

Laboratory  [author] Feb 2, 2015 @ 9:30pm
lol. There are important tournament fights in which you can earn a new dogi, but there aren't formal "bosses". Though if you want to imagine the 11 pixels that make up the head of the black dogi fight is Vladimir Putin, we will not stand in your way.