Greenlight > Games > Pixel Worm's Workshop
Greenlight is being retired. For more information on how to submit games to steam, refer to this blog post.
This item has been removed from the community because it violates Steam Community & Content Guidelines. It is only visible to you. If you believe your item has been removed by mistake, please contact Steam Support.
This item is incompatible with Greenlight. Please see the instructions page for reasons why this item might not work within Greenlight.
Current visibility: Hidden
This item will only be visible to you, admins, and anyone marked as a creator.
Current visibility: Friends-only
This item will only be visible in searches to you, your friends, and admins.
EMILY
Description Discussions0 Announcements3 Comments91 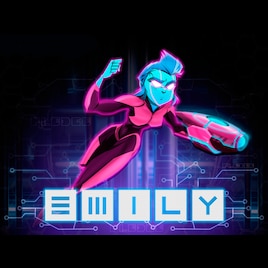 Greetings Steam! Today is a big day: we're excited to announce the release of our pre-alpha prototype into the wild, both on PC and Mac! Now you too can see what we've done with around 2 1/2 months of development, imagine what it'll be like with a full year of development! This will have bugs and even some areas without background art, and we've only tested it on like four or five computers, so don't expect a perfect, final game. But hopefully there's enough there to have fun and get a feel for where we're headed. Make sure to tell us what you think, and vote for EMILY to support the full game!

A quick note for Windows 8 users, you may get a "Windows protected your PC" message when running the game because the game is still in development, you can run the prototype by clicking "More Info" on that message and then the "Run Anyway" button. Don't worry, we aren't doing anything evil, the EMILY prototype won't harm your computer or steal any info.

Hey folks! We just want to thank you all for all the comments, votes and support!
We heard you, and we have now improved the frame rate for our pre-alpha footage, no more jumpy fps.

Things are smoother now and we think it looks better. Hope you agree with us! Please keep the support flowing we can't make this happen without you!

Read More
Description
Release date: Fall 2015
EMILY is an all-new 2D action-platformer based in a futuristic and decayed world, inspired by our favorite games. We are developing an experience that pays homage to the classics and delivers an innovative experience.

Play as EMILY, a teenager who fell victim to a vicious pandemic. In a desperate attempt to counter the infection, she was injected with an untested vaccine containing Nano-bots. However, a malfunction in the system caused the Nano-bots inside her body to overload, resulting in total absorption of her DNA, morphing her physical body into a mechanical structure.

- Fight hordes of intelligent drone units as you recover memories about your past.
- Upgrade your abilities and discover new weapons that will help you overcome epic boss battles as you access districts full of deadly contraptions.
- Explore an interconnected post-apocalyptic world full of dark secrets, alternate quests, and memorable characters.
< >
91 Comments

jennytablina Feb 3, 2015 @ 3:38pm
What's shown here looks reasonably solid, it's unfortunate that the kickstarter didn't work out, but hope theres a way to finish this title and bring it to market in the future.

Zoron Nov 11, 2014 @ 12:59pm
@✜AvrorA✜ i think its been canceled due to the kickstarter being unsuccessful