Greenlight > Games > Redbana Corporation's Workshop
Greenlight is being retired. For more information on how to submit games to steam, refer to this blog post.
This item has been removed from the community because it violates Steam Community & Content Guidelines. It is only visible to you. If you believe your item has been removed by mistake, please contact Steam Support.
This item is incompatible with Greenlight. Please see the instructions page for reasons why this item might not work within Greenlight.
Current visibility: Hidden
This item will only be visible to you, admins, and anyone marked as a creator.
Current visibility: Friends-only
This item will only be visible in searches to you, your friends, and admins.
Hellgate
Description Discussions81 Comments2394 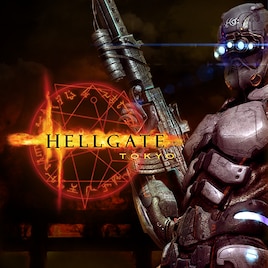 Redbana Corporation
Offline
See all 286 collections (some may be hidden)
Description
Visit our Website: {LINK REMOVED}http://hellgate.t3fun.com/

Hellgate is an action RPG that allows you to play in a first-person or third-person perspective. Set 27 years into the future, an ancient prophecy made centuries ago has come true and the gates of hell have opened. Demons have overrun the world of man and roam our lands, destroying, pillaging and killing humans. With the world above ground abandoned, dark and burnt to hellfire, humans are forced into hiding to protect what remains of their race while making plans to take back a world that was once theirs. In the game, mankind escapes to the underground system under the sprawling metropolis of London. Prepare for a struggle for survival in a world that has become hell.

Hellgate Global have retained most of the previous version features together with the following updates brought by the Tokyo Patch:

Hellgate Tokyo continues the story of the London Resurrection. Heroes start in Tokyo Base, and continue on to different locations as they progress through the story. Tokyo is composed of 24 new levels, with new named monsters and boss monsters.

In Cow Room, heroes could test their strength by facing hordes and hordes of zombies. The zombies can puff out flames, and some them may contain boss monsters that drop new recipes and shield set items. Also, sandstorms hinder heroes’ seeing ability, giving more challenge to the mode.

Heroes wanting more challenge from Hellgate Tokyo will now be able to play in Hell Mode, with the chance of better loots and experience from upgraded mobs and bosses.

neptunex Sep 22, 2020 @ 6:23pm
I'm counting on you to help me find the version, especially since the big problem with this version is that it runs on 32 bits and I absolutely need the 1 fps fix, playing slowly is really painful> _ <thank you for your future help lol , sory for tis mega post too

neptunex Sep 22, 2020 @ 6:23pm
I hope that someone succeeds in finding which version I am using and where I can find it, I also note that I am 95% sure that it is not the revival version, I tested it and at the first rmap of the quest portals is missing portals so I'm sure it's not the revival version, so I think I downloaded this version from discord if I'm not mistaken it's been done a few years ago ,

neptunex Sep 22, 2020 @ 6:22pm
hello guys , need a little help figuring out which game version i am using to be able to upgrade to the latest version if possible , my old pc burned down, so i had to change it, and as i have old files and lost all the backups i'm not at the top , especially since the version I use runs on 32 bits and I don't have the 1 fps fix on this version and it's really not great , here is some information of the version I use, at worst I could put screens if necessary