Greenlight > Games > Mark-'s Workshop
Greenlight is being retired. For more information on how to submit games to steam, refer to this blog post.
This item has been removed from the community because it violates Steam Community & Content Guidelines. It is only visible to you. If you believe your item has been removed by mistake, please contact Steam Support.
This item is incompatible with Greenlight. Please see the instructions page for reasons why this item might not work within Greenlight.
Current visibility: Hidden
This item will only be visible to you, admins, and anyone marked as a creator.
Current visibility: Friends-only
This item will only be visible in searches to you, your friends, and admins.
Relic Hunters Zero
Description Discussions6 Announcements4 Comments727

Mark-
Offline
See all 112 collections (some may be hidden)

We just wanted to take the time to thank you and review our awesome first week.

Oops, I guess I just spoiled it: it was awesome.

Thanks to you we have skyrocketed to #24 on the Greenlight rank and have been featured in cool places such as Rock Paper Shotgun, Destructoid and IGM.

This weekend Betu and I made a few more characters because Betu just loves drawing them and I can't resist putting them in the game.

So joining our original 4 Hunters we have Ass a secret playaable character and Punny, who brings the cute with her flamethrower! :O

Have a great week Hunters!

You have spoken, and we listened! Option "A" won with 67% of votes! Thanks for voicing your opinion, I'll start working on this as soon as the game releases :)


Thanks to you we are currently on the top 50 games on Greenlight already! I'm speechless and super excited and can't wait for Saturday so I can get some coding done on the game :D

Just wanted to know from you which of these would you like the most:

Relic Hunters Zero is a game about shooting space ducks and space turtles in the face with tiny cute guns. It’s fast, it’s tactical, and feels delicious and smooth to play.

The game releases this Fall for Windows PC with possible Mac and Linux versions in the near future!

Relic Hunters Zero features the awesome lo-fi beats of Swedish artist Goto80. Like what you hear? His new album "Files In Space" is super good and it's available for 10 bucks right here: {LINK REMOVED}http://dataairlines.bandcamp.com/album/files-in-space-data036 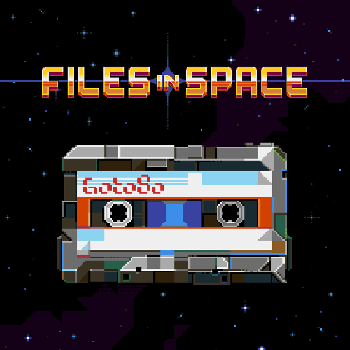 This version of the game will be open-source, so people will be able to add all kinds of crazy stuff to it.

We're also looking into making a full commercial game out of this - which would be WAY more ambitious, something like The Legend of Zelda meets Borderlands. :O

But we currently work full time at a game studio, so that's only happening if you (yes, you!) convince us that a super-epic version of Relic Hunters is something worth doing. How can you do that? By telling us that the game is fun and that we should go forward with it!

We're two guys who currently work at Behold Studios making Chroma Squad. Feel free to come talk to us any time and please leave your feedback at:

Relic Hunters Zero has been Greenlit and is now listed in the Steam store. For the latest information, purchase options, and discussions for Relic Hunters Zero, please see it on the Steam Store or in the Steam Community.
Visit Store Page
For more details Visit Community Hub
For latest discussions
If you really, really want to, you can continue to the Greenlight page. Information on this page may be out of date, since all the action has moved to the areas noted above.