Greenlight > Games > fayju's Workshop
Greenlight is being retired. For more information on how to submit games to steam, refer to this blog post.
This item has been removed from the community because it violates Steam Community & Content Guidelines. It is only visible to you. If you believe your item has been removed by mistake, please contact Steam Support.
This item is incompatible with Greenlight. Please see the instructions page for reasons why this item might not work within Greenlight.
Current visibility: Hidden
This item will only be visible to you, admins, and anyone marked as a creator.
Current visibility: Friends-only
This item will only be visible in searches to you, your friends, and admins.
Amazing Frog?
Description Discussions26 Announcements3 Comments508

fayju
Online
See all 65 collections (some may be hidden)

View Amazing Frog? in the store

Welcome to the Amazing Frog? f0.0.1 “The First Early Access Build”.The first of many. 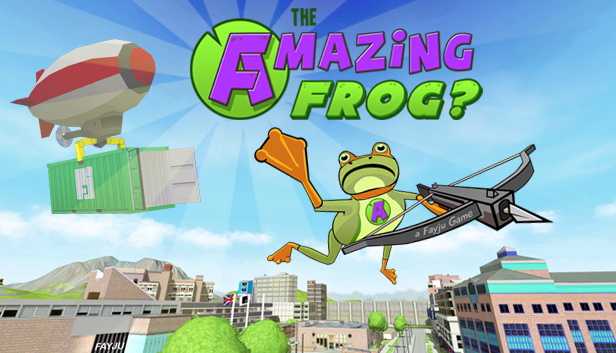 We just want to take a moment to say a massive thank you to everyone who has shown support for us and the Amazing Frog? project. We really appreciate it and could not have got to where we are without you, so thank you!


What's new?
This is Amazing Frog? as you have never seen it before. Completely new and built specifically for Steam Early Access, this version of Amazing Frog? Is much bigger, better and crazier! We are working on adding loads more into the game and we are so excited to be able to share this first Early Access build with you guys. While there are more features than ever before, these are only a fraction of what is to come and we will be regularly updating you with fresh information about the games development.


Jump To Join
4 player split screen runs as standard. Currently we are building a “Jump to join” structure where if you have enough controllers, hit jump and up to 4 frogs will join the scene. Fight each other, grab the crown, chase and challenge each other or you can work together to get to places. It's completely up to you to do what you want!


The Hideout
this is where you begin your journey, sitting on the couch with your frog buddies, watching a broken telly. Get up, walk around and let the games begin


Swindon
The growing town of Swindon. The Swindon Town Council are regenerating the town center amidst an adventurous expansion project.


The Sewer
Don’t go down there alone, something or someone is lurking in the depths.


Fart Gyms
If you want to get your guff on, you are going to need a training routine. Check out one of the new fart gyms and hone your skills.


Our Development rooms.
We are toying around with some smaller environments. We are going to be massively expanding this section so stay tuned!


We are always listening, so if there are any features you think would be a great edition to the game, let us know on our steam community page!


We hope you enjoy the game! 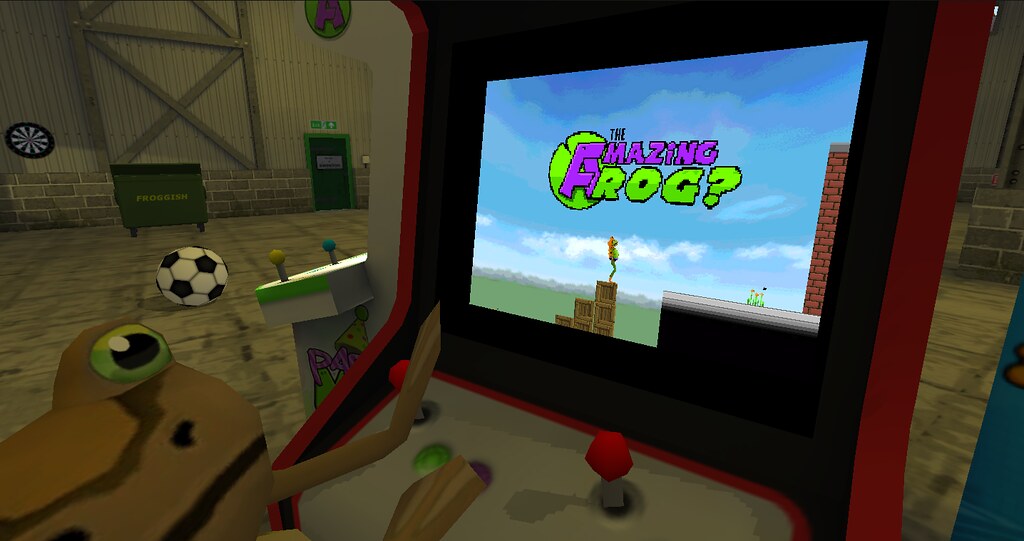 Thank you every one so much!

Amazing Frog is now Greenlit. It took 7 days! and we are super excited.

We are still working like crazy to get it ready for you to play.
Will post more information and updates very soon! 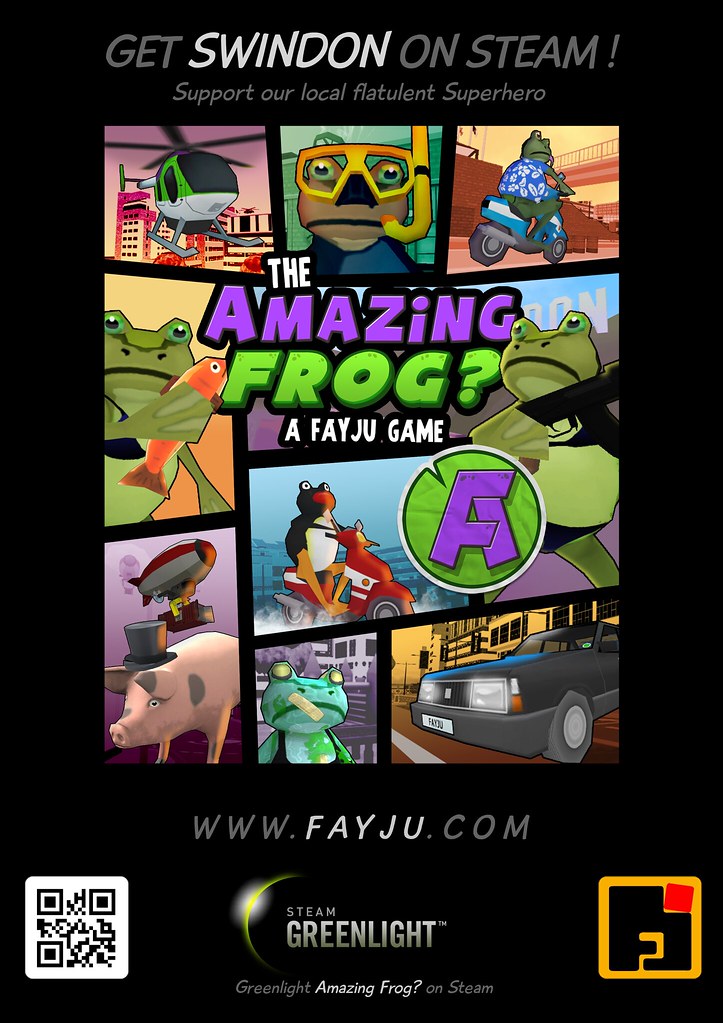 We first started working on Amazing Frog? back in 2012 and have been growing it steadily since launching on OUYA last year. Thanks for all the requests to bring AF? to Steam…. here it is and we're take things to the next level !!

Remastered bigger open world split screen sandbox. Shot your froggy self out of cannons, dive off buildings, get Mad Ups on the Bouncy Castle and try to reach the Blimp. Fight for the crown, race moon buggies, collect TVs together, find Cats, be destructive or just flap around, there is loads to do when you’re a frog in Swindon. Theres also Party Mode - 4 player split screen crown snatching, gun shooting hilarity and more.

We love working on Amazing Frog? We want to add more nonsense, more modes, more environments, more characters, more weapons, more missions, more vehicles, more frogs… and we're gonna! We’ve reached the moon already and we won’t stop there, so come on down to Swindon and join the ride!
Popular Discussions View All (26)

Amazing Frog? has been Greenlit and is now listed in the Steam store. For the latest information, purchase options, and discussions for Amazing Frog?, please see it on the Steam Store or in the Steam Community.
Visit Store Page
For more details Visit Community Hub
For latest discussions
If you really, really want to, you can continue to the Greenlight page. Information on this page may be out of date, since all the action has moved to the areas noted above.