Greenlight > Games > Alexandre Fiset's Workshop
Greenlight is being retired. For more information on how to submit games to steam, refer to this blog post.
This item has been removed from the community because it violates Steam Community & Content Guidelines. It is only visible to you. If you believe your item has been removed by mistake, please contact Steam Support.
This item is incompatible with Greenlight. Please see the instructions page for reasons why this item might not work within Greenlight.
Current visibility: Hidden
This item will only be visible to you, admins, and anyone marked as a creator.
Current visibility: Friends-only
This item will only be visible in searches to you, your friends, and admins.
Kôna
Description Discussions13 Announcements16 Comments851 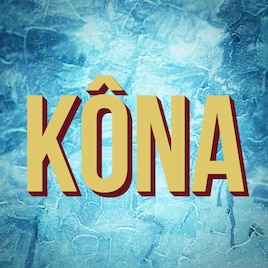 Parabole
Offline
See all 122 collections (some may be hidden)
Kickstarter

View Kôna in the store

Kona is now available on Steam Early Access at 33% off!

We talk about the big update coming soon and details about a little change in the game's name.

Read More
Description
Release date: Q2 2016
Kôna is a first-person adventure game in which you investigate the mysterious disappearance of several Northern-Quebec inhabitants in 1970.[/b]
Recommended Hardware
The game actually runs on integrated chips but has some visual glitches on Mac OS due to outdated driver shipped by Apple.

Story
October, 1970. Another long and cold winter is beginning in Northern Quebec. The local Cree community clash with rich industrialist W. Hamilton, copper mine magnate in the region. The Crees accuse the latter of destroying sacred lands for the sole purpose of increased profits. Suspiciously, Hamilton’s summer residence and hunting manor is subject of vandalism and thefts. Convinced that the Cree are responsible, Hamilton calls Carl Faubert, a war veteran turned private detective, to handle the affair.

Carl never refuses an easy case, especially when the client has such deep pockets. He jumps in his faithful pick-up truck and heads up north to meet with Hamilton. Unable to find his client at the meeting point, Carl starts to search for him. After knocking on some doors, the detective finds not only the rich man is missing... but the whole area is deserted.

Where is the local population? What happened to Hamilton? Are the Cree involved?

Welcome to Kôna, an episodic game about investigation, exploration, survival and the mysteries surrounding the disappearance of W. Hamilton and the neighboring inhabitants.

Gameplay
Kôna combines the atmosphere and immersion of a modern survival title with the deep storytelling and puzzle-solving aspects of a traditional adventure game.

The main objective of the game is to solve the mystery surrounding the disappearances. You can expect to do the following:

In Kôna, you actually get to drive Carl's Pickup Truck and, later on, a snowmobile. Unlike similar games in the genre, you have full control of the vehicles. You are not simply driving them in scripted car chases.

While we put emphasis on the exploration and investigation elements of the game, it doesn't mean that the world of Kôna is a friendly and harm-free one. You have to worry about your survival in those hostile northern lands. You might have to use a weapon against unexpected threats. You could also get trapped in a bitter blizzard. If you are losing blood or freezing outside, your time is limited. You must heal your wounds or find warmth before it's too late.

While we can't say why it exists(to avoid spoilers), a Wendigo roams in the game. We have to make it clear though that this awesome half-beast is not there to cause useless jump scares (Kôna IS NOT a Slender-Like).

Here are some non-story-related details concerning the Wendigo:
Narrative
Similar to games like Dear Esther and Stanley Parable, a narrator constantly adds depth to the game. The pieces of story that are revealed to you vary dynamically according to your in-game whereabouts and actions. Imagine playing the main character of a captivating campfire tale. That’s what this game is all about.

The game will be voiced in both French and English.

Jean-Francois Fiset  [author] Mar 1, 2016 @ 6:49am
The full release is planned for April, but we still don't know if the Russian language will be ready by then. As soon as I know more, I will announce it ;)

We don't want people to get their hopes up: these 6 languages will most likely be the only ones. However, we never say never, and we will keep Turkish language in mind if we decide to add other languages to the game in the future.

Kôna has been Greenlit and is now listed in the Steam store. For the latest information, purchase options, and discussions for Kôna, please see it on the Steam Store or in the Steam Community.
Visit Store Page
For more details Visit Community Hub
For latest discussions
If you really, really want to, you can continue to the Greenlight page. Information on this page may be out of date, since all the action has moved to the areas noted above.