Greenlight > Games > Nagual Sounds's Workshop
Greenlight is being retired. For more information on how to submit games to steam, refer to this blog post.
This item has been removed from the community because it violates Steam Community & Content Guidelines. It is only visible to you. If you believe your item has been removed by mistake, please contact Steam Support.
This item is incompatible with Greenlight. Please see the instructions page for reasons why this item might not work within Greenlight.
Current visibility: Hidden
This item will only be visible to you, admins, and anyone marked as a creator.
Current visibility: Friends-only
This item will only be visible in searches to you, your friends, and admins.
Nagual Dance
Description Discussions1 Announcements3 Comments75 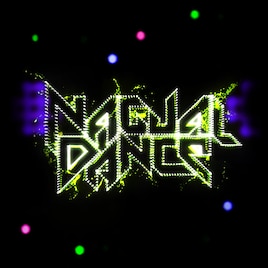 Nagual Dance is now on Indiegogo, where you can pre-order the game, or get other cool goodies. If you want to see Nagual Dance with a lot of cool features, consider pledging. If you can't, sharing our campaign on Facebook, Twitter, Reddit or any social platform would be a huge help. Let's make the world dance!

Read More
What Nagual Dance is all about
July 24, 2014 - Nagual Sounds

Nagual Dance is not a game - not in the strict sense anyway. It is not about following linear paths to a predetermined destination. It does not involve hulking boss battles, feverish, random button mashing or even the seemingly realistic but ultimately shallow and gimmicky aping of the music production process.

It is a uniquely entertaining creative outlet and a tool holding the potential for music to be felt, played and composed in an intuitive, fun and ultimately revolutionary way. It is a singular piece of ground-breaking software that translates body movements into sound, the player’s body parts into instruments, and a dancing session into orchestral manoeuvres of infinite possibilities.

A Kinect camera and a computer is all that is required. That should not be misunderstood as yet another gadget-pushing fad – and we are more than aware of the community’s bitterness and snarky commentary when it comes to that particular one. Instead, it should be viewed as a genuine attempt to embrace the limitless possibilities of motion capture technology, bridge the rift between digital and analogue and pave the way for radical experimentation. And fun.

So if it is a game, it’s a totally new kind of game. Think outside the box, think outside genres. And join us as we reinvent them.

Read More
Description
Release date: Third quarter 2014
Nagual Dance is a new unique software that turns your body into a musical instrument. All you need is a Kinect and Nagual Dance to start creating your own music. You don't need to learn to play an instrument, all you need is to dance.

Dance in front of your Kinect, and create your own music based on your movement. Travel through different sound worlds called Soundscapes. Choose the Soundscape you want to play from a large choice in different genres (Dance, Hip-Hop, Reggae, and many more), and dance, record your version of the song and share it with your friends. You can play alone, or together with a friend.

The game tracks the movement of your hands and feet, and translates it into notes to create musical pieces. Each of your hands and feet play different instruments like drums, melodies, chords and bass. Move faster to create more notes, and higher and lower to get higher or lower notes. When you are dancing together with a friend, one is in charge of the drums and the other of the melodic instruments. Move between four fields on the floor to change the global feel of the music.

Develop your own choreographies, combine different moves to make your own unique versions of each Soundscape. Nagual Dance can record your performance, and you can share it with your friends.
Popular Discussions View All (1)