Greenlight > Games > GilloD's Workshop
Greenlight is being retired. For more information on how to submit games to steam, refer to this blog post.
This item has been removed from the community because it violates Steam Community & Content Guidelines. It is only visible to you. If you believe your item has been removed by mistake, please contact Steam Support.
This item is incompatible with Greenlight. Please see the instructions page for reasons why this item might not work within Greenlight.
Current visibility: Hidden
This item will only be visible to you, admins, and anyone marked as a creator.
Current visibility: Friends-only
This item will only be visible in searches to you, your friends, and admins.
Aegis Defenders
Description Discussions10 Announcements5 Comments657

TooLofWorr
Offline
See all 136 collections (some may be hidden)
Kickstarter

View Aegis Defenders in the store

Yes, the game is still being made. We have been hard at work on it since we launched the greenlight campaign. Unfortunately, Steam isn't letting us change the release date on here. As with all indie games, its hard to gauge the development process and with this game its taking a bit longer to really make it the best game possible. We are anticipating the game launching within the year. We will have hopefully a more hard release date soon! We are approaching the alpha version of the game. We will have more updates soon!

Guys, it has been a WILD RIDE. We've gone from $0 and a pocket full of hopes and dreams to over $115,000 in funding! But there's still time to help us crush some stretch goals. Click over to Kickstarter to help us unlock Local Co-Op!

In a world where control over ancient technologies equals power, a ruthless and power-hungry Empire has arisen. You play as a pair of Ruinhunters searching for the one thing that can save their village - a legendary weapon known as Aegis.
Aegis is a Miyazaki-inspired 2D action platformer with tower defense-style, strategic combat and a unique character switching mechanic. We like to explain the game this way: EXPLORE. BUILD. DEFEND.

Discover the world of Elam, a beautiful yet dangerous place lost to time. Brimming with dangerous beasts, forgotten ruins, and powerful relics, Elam is a world begging to be explored by Bart and Clu in the extensive single-player campaign. 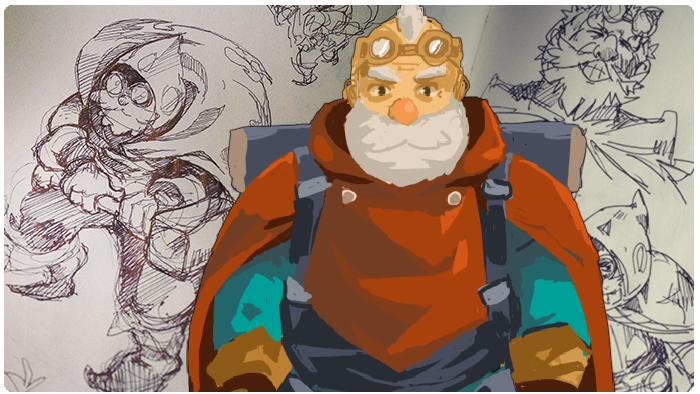 A tinkerer with knowledge of the old world, Bart's determination and ability to bring relics back to life is second to none - even when it is deemed forbidden. Despite his carefree and happy exterior, Bart is burdened with a heavy guilt from his past and worries about what will happen to Clu when she grows up. 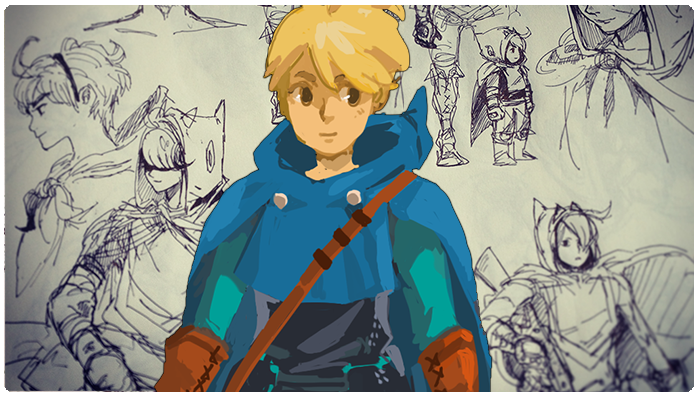 As an orphan whose parents were killed by the Empire, Clu has difficulty trusting others and puts others at a distance with her sharp tongue and knack for sarcasm. The lucky few that she does befriend, however, she loves absolutely.

Here is a look at some of the bosses in the world of Aegis Defenders. Bart and Clu will have to combine their unique abilities to defeat these monsters.

Aegis is in active development. We anticipate the game will be ready for release in late 2015. If you'd like to keep up with development, check out our website or hit the sidebar for a link to our Kickstarter campaign!

ichnicero Aug 30, 2016 @ 2:53pm
This game's pixel art style and the score is phenomenal!!! I saw the KS campaign for this a while back... Waiting patiently for that release date :)

TooLofWorr  [author] Jan 15, 2016 @ 5:42pm
Steam won't allow me to change the release date for the game on here - But its on a timetable for some point within the year.

Aegis Defenders has been Greenlit and is now listed in the Steam store. For the latest information, purchase options, and discussions for Aegis Defenders, please see it on the Steam Store or in the Steam Community.
Visit Store Page
For more details Visit Community Hub
For latest discussions
If you really, really want to, you can continue to the Greenlight page. Information on this page may be out of date, since all the action has moved to the areas noted above.