Greenlight > Games > Tom Johnson's Workshop
Greenlight is being retired. For more information on how to submit games to steam, refer to this blog post.
This item has been removed from the community because it violates Steam Community & Content Guidelines. It is only visible to you. If you believe your item has been removed by mistake, please contact Steam Support.
This item is incompatible with Greenlight. Please see the instructions page for reasons why this item might not work within Greenlight.
Current visibility: Hidden
This item will only be visible to you, admins, and anyone marked as a creator.
Current visibility: Friends-only
This item will only be visible in searches to you, your friends, and admins.
Enemy
Description Discussions7 Announcements5 Comments203 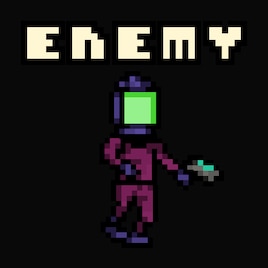 View Enemy in the store

Hello everyone, as you may have noticed from the new banner, Enemy was just Greenlit and is going to be on Steam! I just wanted to thank all of you for the support you've given. I appreciate it.

Hello everyone, and welcome to the November development update. There were a ton of changes this month, especially involving gameplay and polish.

Design
Most of the work involved pacing and balancing the long-term game in which you fight your way across the land and build up your custom squad of heroes, which serves as the backbone for the immediate tactical combat. This involved adjusting XP rewards and level requirements, item and recruit prices, and how and when various items can be found in treasure chests and on fallen foes. It also included giving enemies and recruits different equipment loadouts and character builds depending on the difficulty of the zone in which you encounter them. 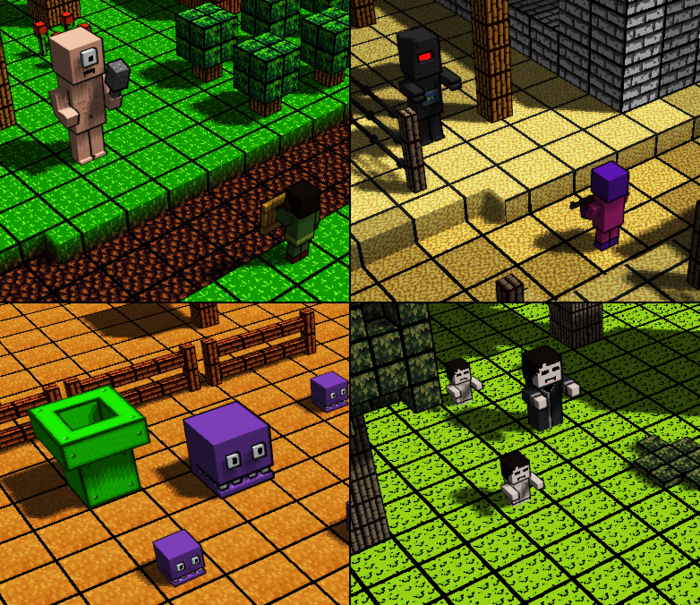 With all the new items added last month, the game can actually be a bit larger than I had previously planned. As a consequence of this, instead of randomly choosing a boss from a pool of four, I've adjusted the design so that you always fight all four, one for each of the different zones (though in a randomly determined order, so that which boss is the last boss is still random). I think having four boss fights helps a lot to break up the game. Boss fights and castles are a big change of pace from wilderness and town attacks, and it gives a nice sense of progress. Bosses have unique abilities that no other enemies posses, have a group of minions with them, and have a ton of health so that you need to either attack and fall back, disable them, or prepare a tremendous initial burst of damage.

I also substantially redesigned how enemy castles work. Previously, you would almost always end up having one large fight right at the entrance, and once that was over you could just safely walk up to the boss's lair. However, I wanted to emphasize what was unique about castles from a gameplay perspective, which is close quarters combat: having to bunch up your squad or split up into groups, having to turn corners and cover multiple attack vectors in hallways, having enemies take different paths through the halls and come up behind you. I adjusted the area so that you can enter the castle without incident, only to be set upon by enemies wandering the halls once you're inside. 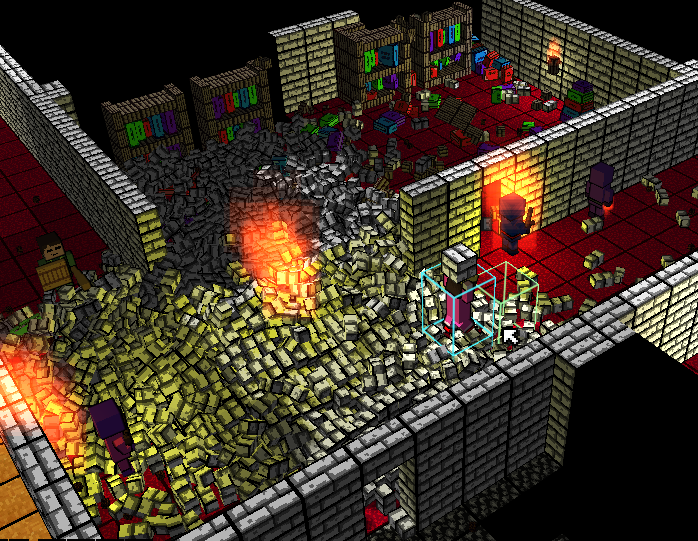 I increased the mental damage that characters take from being attacked to make morale an even bigger part of the game, but I also reworked the code that handles when that damage is applied to make it a little more nuanced. For example, a bullet fired from the other side of a solid stone wall doesn't perturb characters, but if they are only behind a pillar, or parts of the wall nearby have been blasted out, it does. I also heavily reworked how the throw skill works to ensure that it is viable even in area types that don't have lots of heavy stone and metal objects.

I've adjusted the compass on the GUI to display North, East, South, and West so that it's easier to keep track of where you are and where you're going on the world map at all times. Additionally, camera rotation is gradual now instead of instant, which makes a big difference when it comes to keeping your bearings in the game world. Finally, in addition to external things like creating an installer, icons, a configuration menu, and setting up the server for downloads, there was a whole host of bugs and 'rough edges' of the game that were smoothed.

Beta
I'm also happy to announce that the beta will be beginning soon! On the evening of November 30th, I'll email all backers who have pledged for beta access a link where they can download the game.

This month's video is a partial playthrough of a castle interior:
https://www.youtube.com/watch?v=Y0Ak2kw3w6I

That's all for this update! Thanks for reading.

Tom Johnson
Read More
Description
The video games you played as a kid, mashed together and remade into a tactical role-playing game.


Every time you start a new game, the game procedurally generates a new world, using decades-old video games as its building blocks. The result is a collision of genres, where haunted swamps, tropical war zones, and peaceful mushroom villages all stand side-by-side. You'll build up your own custom squad of retro game characters, with a mix of skills ranging from mental health and reaction time, to the use of blasters and the ability to jump five times your own height.

Enemy is built on a turn-based combat system closely inspired by the original X-Com and Jagged Alliance. You'll devise strategies based around the unique set of abilities you've chosen for your team, and then execute them step-by-step, all while responding to counter-moves made by the enemy. It models the stress of battle on your heroes, who can flee or go berserk if things start to go too wrong. Additionally, everything in the game is destructible. If you damage the supports of a building in the middle of a fight, the whole structure can come crashing down on you. Inadvertently starting a small fire in the wrong place can lead to being caught in the middle of a massive inferno. Combat is dynamic, and easily spirals out of control.
< >
203 Comments

flagyl2 Jan 13, 2015 @ 8:54am
@SaberCat-These ARE the graphics and they are NOT likely to change. It's an art style. This game is about the gameplay (tactical turn based). It's not meant to be not eyecandy, like Goat Simulator.

KingFish Dec 23, 2014 @ 5:42pm
Your game is exceedingly hard to find you know that? I am AMPED to play it and it looks amazing. But I stumbled upon it looking up "rogue-likes for PC" and found it from a post from a year ago. I recommend a change in Title, but beyond than that. I wanna play!

Enemy has been Greenlit and is now listed in the Steam store. For the latest information, purchase options, and discussions for Enemy, please see it on the Steam Store or in the Steam Community.
Visit Store Page
For more details Visit Community Hub
For latest discussions
If you really, really want to, you can continue to the Greenlight page. Information on this page may be out of date, since all the action has moved to the areas noted above.