Greenlight > Games > ASHGAMES's Workshop
Greenlight is being retired. For more information on how to submit games to steam, refer to this blog post.
This item has been removed from the community because it violates Steam Community & Content Guidelines. It is only visible to you. If you believe your item has been removed by mistake, please contact Steam Support.
This item is incompatible with Greenlight. Please see the instructions page for reasons why this item might not work within Greenlight.
Current visibility: Hidden
This item will only be visible to you, admins, and anyone marked as a creator.
Current visibility: Friends-only
This item will only be visible in searches to you, your friends, and admins.
Nelly Cootalot: The Fowl Fleet
Description Discussions2 Announcements5 Comments244 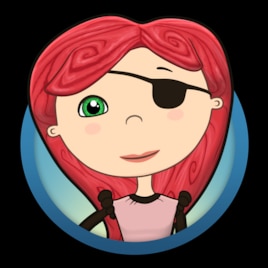 benjamin.mewes
Offline
See all 27 collections (some may be hidden)
Kickstarter

View Nelly Cootalot: The Fowl Fleet in the store

And we are running a Greenlight campaign for a new game called Unforeseen Incidents. Maybe you want to support us there as well.

About the Game
What is Baron Widebeard planning? Can he be stopped? In what way is a frozen volcano involved?

To answer these questions comes Nelly Cootalot: pirate heroine and defender of endangered and adorable creatures. Nelly’s journey will take her from Port Rubicund in the South Seas to the lonely isle of Gloomholm in the icy north. Explore a charming hand-drawn world, meet outlandish characters and face perplexing challenges in search of the Treasure of the Seventh Sea.

What is Baron Widebeard planning? Can he be stopped? In what way is a frozen volcano involved?

To answer these questions comes Nelly Cootalot: pirate heroine and defender of endangered and adorable creatures. Nelly's journey will take her from Port Rubicund in the South Seas to the lonely isle of Gloomholm in the icy north. She'll meet outlandish characters and face perplexing challenges in her quest for the Treasure of the Seventh Sea.

icy_april Feb 22, 2016 @ 10:37am
I just finished Nelly Cootalot Spoonbeaks Ahoi (hope this will find its way to steam, too?), Its absolutely ridiculous and weird - both in their best sense! - and neither too easy nor too hard to beat. I really enjoyed it and although I have many decent, interesting and funny p&c adventure games on my wishlist for some time, now, The Fowl Fleet marched from 'unknown' straight to the 1st place in my 'MUST have priority order'

burra_536  [author] Feb 20, 2016 @ 9:00am
Have you seen it yet? Nelly is out 22nd March. See Nelly Cootalot: The Fowl Fleet - Press Release video here to find out who the mystery voice of Nelly's sidekick coot is: https://www.youtube.com/watch?v=qCyfiYNetlQ

ASHGAMES  [author] Oct 28, 2015 @ 6:41am
We are in heavy beta testing. So all in all the game is playable and we are fine tuning the puzzles and adding animations, sound effects etc. and of course there are some bugs to be fixed.
English voice over is now completely recorded and we have a few hundred (out of 5000) files left to de-noise etc.
German voice over needs about 100 lines recorded.
So we're coming closer to a release. No date set as of now.

Nelly Cootalot: The Fowl Fleet has been Greenlit and is now listed in the Steam store. For the latest information, purchase options, and discussions for Nelly Cootalot: The Fowl Fleet, please see it on the Steam Store or in the Steam Community.
Visit Store Page
For more details Visit Community Hub
For latest discussions
If you really, really want to, you can continue to the Greenlight page. Information on this page may be out of date, since all the action has moved to the areas noted above.