Greenlight > Games > strangelyinteractive's Workshop
Greenlight is being retired. For more information on how to submit games to steam, refer to this blog post.
This item has been removed from the community because it violates Steam Community & Content Guidelines. It is only visible to you. If you believe your item has been removed by mistake, please contact Steam Support.
This item is incompatible with Greenlight. Please see the instructions page for reasons why this item might not work within Greenlight.
Current visibility: Hidden
This item will only be visible to you, admins, and anyone marked as a creator.
Current visibility: Friends-only
This item will only be visible in searches to you, your friends, and admins.
Angels Fall First
Description Discussions23 Announcements3 Comments318 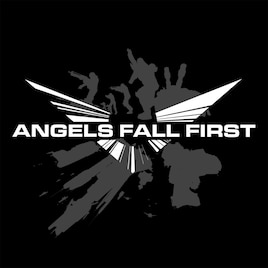 strangelyinteractive
Offline
See all 35 collections (some may be hidden)

AFF is now available to buy! Our new steam page can be found here -

There will be launch discounts, cake, and beer.

Thankyou to everybody who voted us through greenlight in a totally unexpected 6 days :)

We were a bit taken aback, as we thought we'd have a bit more time to put up media and stoke the hype engine. However we've added a more in-depth video with information on how AFF plays.

The next step for us is to get up on Steam Early Access. Join our steam group and follow Angels Fall First for news on development!

Read More
Description
Angels Fall First is a truly first person sci-fi war game.
From commanding the battle standing on the bridge of your flagship all the way down to serious infantry firefighting - with everything in between - AFF brings together all the war you ever loved.

Another space game?
Well, we've been doing this a long time :) AFF has been a rich universe of fiction and art since 2005. We made a homeworld mod, and kept building from there. Work started on an Unreal Tournament 2004 mod, but was ported over to UT3 in 2007, culminating in a 3rd place grand prize in 2009's MakeSomethingUnreal contest.

Angels Fall First - the FPS game is, for us, a mission to enable the player to do as much as possible in a vast environment - whilst still retaining the focussed, fun experience of match based FPS games.

Way back in the back-whens, we loved Tie Fighter. A little later on, we loved Battlefield. We waited patiently for the game which would inevitably unite the vast scale and spacefights with the close and personal firefights and thunderous vehicle battles...

So, we set ourselves to work. AFF exists because it MUST exist. Only in AFF can you spawn in your crew quarters, run to the bay watching the space fight out of the windows, launch a dropship, fight through the defenders to the enemy flagship, breach the hull, run and gun your way to the bridge and sHOOT THE ENEMY CAPTAIN IN THE BACK OF THE NECK.

Calm Down
Ok. but it's this slightly twitchy passion which has driven us to create such a monster. We grew old making this, and we got grumpy watching all the hipsters release their cool i-plate games or whatever. We're from a time when games were about blowing stuff up for points and glory.

We're also a bit suspicious of all this free game stuff, and asking people to pay for the game before the game exists. So we built the game FIRST (i know rite?) and it's likely that we'll charge a traditional purchase price - then leave you alone to enjoy the full game with no absurd limitations forcing you to pay or suffer.
Popular Discussions View All (23)

-Is this another crap that looks the same?- thread dismissed
ℭ℘τ. KarolHippyman

HunterAnubis Sep 8, 2015 @ 2:47am
If this gets release aroun d battlefront time it might actualy be a good competition since this is on STEAM and star wars is only on origin... lets be honest origin sucks :)

Ironwatsas Jul 29, 2015 @ 6:08pm
Not sure if anyone here recognizes me, but I remember when this was just a Homeworld2 mod, back in the good ol' days. I was quite amazed to see that AFF has come this far.

Kudos to thee, Strangelet and Crew. You have my full support and seal of approval.

Azrael Jul 23, 2015 @ 5:53pm
I remember finding artwork and stuff posted on DA a long time ago. im glad to see its coming closer to becoming a real game

Chupicobra Jul 22, 2015 @ 10:26pm
I have been playing this game's showcase since it was released, even an old UT3 mod version. I am so excited this is happening! I've been patient for years, and I'll still be patient for many more. Keep up the good work, let's blow some ships up!
< >

Angels Fall First has been Greenlit and is now listed in the Steam store. For the latest information, purchase options, and discussions for Angels Fall First, please see it on the Steam Store or in the Steam Community.
Visit Store Page
For more details Visit Community Hub
For latest discussions
If you really, really want to, you can continue to the Greenlight page. Information on this page may be out of date, since all the action has moved to the areas noted above.