Greenlight > Games > Visionaire Studio's Workshop
Greenlight is being retired. For more information on how to submit games to steam, refer to this blog post.
This item has been removed from the community because it violates Steam Community & Content Guidelines. It is only visible to you. If you believe your item has been removed by mistake, please contact Steam Support.
This item is incompatible with Greenlight. Please see the instructions page for reasons why this item might not work within Greenlight.
Current visibility: Hidden
This item will only be visible to you, admins, and anyone marked as a creator.
Current visibility: Friends-only
This item will only be visible in searches to you, your friends, and admins.
The Mystery of OAK ISLAND
Description Discussions2 Announcements6 Comments253 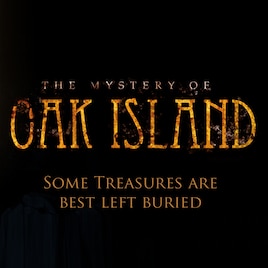 Christmas is the time to lean back, to celebrate - time for the family to come together. It feels so good that all of you belong the the Oak Island family. :)

We wish you the very best for the holidays and the year ahead. Thank you very much for making this year such a GREAT and thrilling one. Thanks for your great support during the kickstarter campaign this summer and for all the ongoing love and support you give to us!

We've made this small XMAS present for you! Have fun with it! :)

Insights into Oak Island, a new, thrilling Point and Click Adventure Game with challenging puzzles and 3 playable characters in an intriguing story, based on REAL happenings.

Support the game on kickstarter
https://www.kickstarter.com/projects/visionaire-studio/oak-island-some-treasures-are-best-left-buried

Or via paypal
http://www.oakisland-game.com
https://www.youtube.com/watch?v=WV7Fdjf8m18
Read More
Description
Have you ever heard of the Oak Island Mystery? It is the fantastic, overwhelming and TRUE story about an infamous treasure hidden somewhere deep inside the underworld of this island and protected by traps and flood tunnels!
The legend surrounding Oak Island started in 1795 when three men discovered a mysterious stone containing hieroglyphs and indications of a fabulous treasure. An incredible, centuries-long treasure hunt began that included several companies and individuals, including former United States of America President Franklin D. Roosevelt. But all they found were dead ends, elaborate traps, insanity or even their own demise. To date, six treasure hunters have died on Oak Island due to unexplained circumstances.

The main storyline of this classic Point and Click Adventure Game is set in the present, but often delves into the past to spread some light on the unfolding events. By chance, you get sucked into the ominous tale of Oak Island with the support of your girlfriend, Ann, who is a student of literature at Oxford University. Together you begin to uncover the secrets of Oak Island, and in doing so, put yourselves in grave danger.

We do not want to give away too much of the storyline, but Oak Island will not divulge its secrets without sacrifice. Several treasure hunters and other interested parties vie for its hidden secrets, besieged by horrific traps and terrifying guards. Will you defy all these dangers to find what they are looking for? And what will happen if you succeed? Will it be the beginning of a new chapter - or the end of life as you know it? Consider that "Some treasures are best left buried!"

To keep the storyline varied and interesting, we will implement a minimum of three playable characters. Each will have their own special abilities and unique personality traits. So take a step into this thrilling journey through time and unlock the elusive secrets of Oak Island, together... or fail, as one.

Game Summary
Game Interface and Handling
The game will feature a modern control interface, which is an effective and easy to use system. Left click for movement and interaction, and right click to examine the environment, objects, items, and characters. As with all classic point and click adventure games, there will be an inventory system which you can access to combine, remove and use items within the environment. In addition, there will be many classic puzzles, such as combining inventory items to create new items, using inventory items on environmental objects, or other characters, to solve a puzzle, dialogue choices, other intriguing puzzles and a few surprises.

With "Zak McKracken: Between Time & Space" we have proven that we are wildly passionate and dedicated fans of the genre.
We have played them all: Maniac Mansion, Zak McKracken and the Alien Mindbenders, Monkey lsland, Space Quest, Kings Quest, Black Mirror, and so on. In the late 90's, the point and click adventure game genre was taken away from its avid and loyal fans, and so we decided to step up and take the mantel. Our own adventure game engine Visionaire Studio was born to keep the genre alive and thriving and to make it even better than it ever was before. Around the same time, we decided to create “Zak McKracken Between Time and Space”, which took us eight years of blood, sweat and tears and became the unofficial, yet successful (and endorsed by the original creators) sequel to “Zak McKracken and the Alien Mindbenders”.

“Zak McKracken Between Time and Space” took us many years to complete in our spare time, as a hobby project without any fixed hours or finances, however we managed to gain the support of David Fox and Matthew Allen Kane, who were the main developers of the original “Zak McKracken and the Alien Mindbenders” game, released way back in 1988.

In the end we created a great, classic point and click adventure game that has garnered more than 2 million downloads in Germany. The game received amazing reviews and ratings... and hey, we gave the game away for free for all the fans to enjoy.

The complete English version of "Zak McKracken Between Time & Space" will be available later this year! We are still working on the voice over dubs, various improvements, and mobile support. This version will also be released free of charge.

PLEASE SUPPORT OUR CAMPAIGN ON KICKSTARTER
The development of a new adventure game of this scale is expensive and requires a lot of time, patience and dedication. WE CAN NOT DEVELOP THIS GAME WITHOUT YOU, and that is why we have set all of our hopes on the Kickstarter community.

With YOUR HELP we will be able to work at a decent pace and improve the quality of the game we want to deliver. Your help will allow us to provide you with one of the most amazing games ever in the style of the golden classics. We hope that you will provide us with your support in our quest and prove once and for all that the adventure genre is far from dead! That adventure gaming fans - old and new - are here to take the genre back! And to take it to the ultimate level!

Here's the link to our campaign on kickstarter:
https://www.kickstarter.com/projects/visionaire-studio/the-mystery-of-oak-island

THANK YOU SO MUCH FOR YOUR SUPPORT!
Popular Discussions View All (2)

Is this Oak Island, Carolina?
SpaceButler