Greenlight > Games > Deli Interactive's Workshop
Greenlight is being retired. For more information on how to submit games to steam, refer to this blog post.
This item has been removed from the community because it violates Steam Community & Content Guidelines. It is only visible to you. If you believe your item has been removed by mistake, please contact Steam Support.
This item is incompatible with Greenlight. Please see the instructions page for reasons why this item might not work within Greenlight.
Current visibility: Hidden
This item will only be visible to you, admins, and anyone marked as a creator.
Current visibility: Friends-only
This item will only be visible in searches to you, your friends, and admins.
We Need to Go Deeper
Description Discussions8 Announcements5 Comments323

Deli Interactive
Offline
See all 44 collections (some may be hidden)

View We Need to Go Deeper in the store

So we've noticed that many of you still have been regularly checking our Greenlight page for more information; first off we apologize for being absent here. We didn't realize that people would still be checking the page after the Greenlight process, so consider this a very late-to-the-party catch up post.

A whole lot of development has been underway these past few years; but importantly we've since switched engines (the main reason for the delayed release) to something more stable and able to handle our multiplayer capabilities, and we've more recently announced our intentions to release on Early Access sometime this year! That is, if it's ship-shape in time.

Regardless, we do implore everyone here to definitely start checking our official Website/Devlog:
http://weneedtogodeeper.com/

...if they want to keep up on all of our latest developments!

We're not dead, we promise, folks; sorry again for the delayed announcements! I'll try to pop in here more often now regardless, in case anyone else misses the message. Thanks for your patience, everyone. We certainly wouldn't be gearing up for a Steam release without you!

Thanks to all of you guys who voted for us, and for all those who spread the word, We Need to Go Deeper is officially coming to Steam! Thanks everyone, and stay tuned via our Facebook [www.facebook.com] and Twitter, so you'll know when we release and so you can keep updated with all the latest We Need to Go Deeper news! Thanks again to all those who supported us!! Couldn't have done it without you!

Read More
Description
Release date: Late 2014
We Need to Go Deeper is a 2-4-player cooperative submarine roguelike set in a Verne-inspired undersea universe. In the game, you and your crew must embark on many voyages into a mysterious undersea trench known as The Living Infinite.

To be successful in your mission, you and your crew will have to work together to pilot a submarine, as only with your submersible in-tact will you be able to live to see the bottom of The Living Infinite.

Main Features:
What the Press is Saying:

"It's rare to find something genuinely fresh in a roguelike... but We Need to Go Deeper is the rare example of a RL that grabbed my attention out of left-field."- PC Gamer

"Gosh, I think I love it already." - PCGamesN[www.pcgamesn.com]

"It boasts a lovely, unique art style that looks something like big-headed Edward Gorey drawings, and the game’s concept is just plain cool." - Indie Statik[indiestatik.com]

"It's easy to tell they truly care about providing a new type of experience with We Need to go Deeper." - Go! Indie Beat[goindiebeat.com] 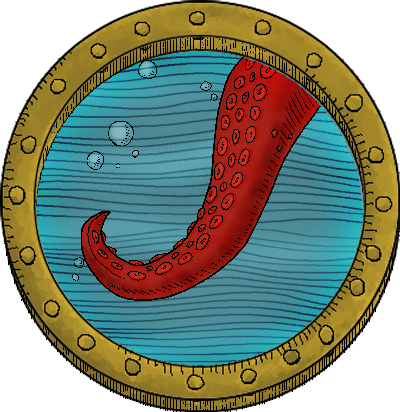 FAQ
Will there be Linux support?
We're currently unable to make promises on this, but if we are able to acquire powerful enough tools and export options to create a build as stable as our Windows/Mac builds, Linux is not out of the question.

Will there be a single player mode?
We Need to go Deeper is mainly designed to be a cooperative experience. With that said, we do recognize the value of being able to go adventuring on your own. Our team has discussed this quite a lot; Bots and smaller subs have been thrown around as possibilities to accommodate single players, but again, our main focus is to deliver a great co-op experience. No promises, but we would certainly like to have it as an option if at all possible. If nothing else, we may make it as a free update post-release.

What is the current release date?
We're aiming for a Fall/Winter release in 2014.

Will this game be free-to-play?
Free-to-play is not a model that we would like to use for We Need to Go Deeper, for a variety of reasons. Firstly, there are too many examples of free-to-play games which sacrifice gameplay for microtransaction opportunities (interruptions, wait times, harsh difficulty spikes, etc.). Secondly, although there can be good money in free-to-play, we don't want to come off as the types who only want to make a quick buck. Our goal here is to make a great game. Free-to-play can be done right (TF2, Hearthstone, and a few others), but there are enough unsavory examples that we don't want to be associated with the phrase or its stigmas.
But how much will our game actually cost? We haven't completely decided yet, but let's put it this way: we are going to price this game in such a way that even starving college students like ourselves can afford it.

What kind of multiplayer are we talking here?
We've gotten a lot of questions regarding exactly the types of multiplayer we're going to support. Let's go over 'em one by one.
1) Local (same machine) Co-op? Right now we have no plans to implement local co-op.
2) LAN? We will absolutely have LAN support! That's how the game is tested most of the time.
3) Internet? Yep! This game will be playable over the internet. However, there is some question over whether we will have a matchmaking system. We would love to have a matchmaking server, but it would likely be something that has to be Kickstarted for. Like we said above, we're starving college students, and simply can't budget a server tower and a commercial internet connection just yet. Whether or not we Kickstart for a matchmaking server depends on how willing or unwilling our players are to perform port forwarding.
Popular Discussions View All (8)

Nick Lives  [author] May 31, 2016 @ 1:11pm
@sonic_spoon Certainly not! As a matter of fact, we just announced our intentions to move into Early Access sometime this year if things go smoothly. Sorry, it's easy to forget some people have still been using this page as their source for new info! Though I see now that we should be sure to post updates here as well for that reason. I apologize to y'all who have been checking back here; I implore you to follow our Steam Group page: http://steamcommunity.com/groups/weneedtogodeepergame

or our official website/devlog for more up to date info:
http://weneedtogodeeper.com/

Thanks for your patience everybody! We're always still working hard on the game though, I assure you.

We Need to Go Deeper has been Greenlit and is now listed in the Steam store. For the latest information, purchase options, and discussions for We Need to Go Deeper, please see it on the Steam Store or in the Steam Community.
Visit Store Page
For more details Visit Community Hub
For latest discussions
If you really, really want to, you can continue to the Greenlight page. Information on this page may be out of date, since all the action has moved to the areas noted above.