Greenlight > Games > Norwind Interactive's Workshop
Greenlight is being retired. For more information on how to submit games to steam, refer to this blog post.
This item has been removed from the community because it violates Steam Community & Content Guidelines. It is only visible to you. If you believe your item has been removed by mistake, please contact Steam Support.
This item is incompatible with Greenlight. Please see the instructions page for reasons why this item might not work within Greenlight.
Current visibility: Hidden
This item will only be visible to you, admins, and anyone marked as a creator.
Current visibility: Friends-only
This item will only be visible in searches to you, your friends, and admins.
Astraea
Description Discussions4 Announcements2 Comments318 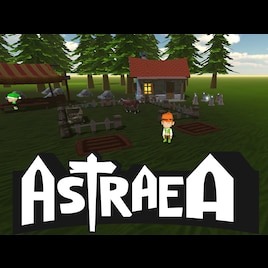 Only a short few days after reaching the top 100, Astraea has finally been Greenlit! We are so excited to have reached this point! To everyone who voted for the game on Greenlight, thank you so much! So now lets cover a few bits about when you can expect to see the game on Steam.

First of all we have a massive Christmas update planned for the game which we are scheduling for mid December. There will be a lot of new features and new content added to the game in this coming update. We've been hard at work on this patch for a little while now so we are going to keep working at this for the next month or so.

Once that update is finished, we will be posting it to our site and Desura as per usual. Then we will also upload this update to Steam and send all current owners keys. This will only be available for current owners as we will not be selling the game through Steam at this point. So starting on the next update, you will be able to play the game through Steam from then on if you wish. There won't be any Steam integration yet (friends list, achievements, etc).

So after the Christmas update, we will work on integrating the Steam SDK (friends list, achievements, etc) as well as the usual content updates. Once this is done, we will likely put up an Early Access page at that point. So that will probably happen late Jan / early Feb.

But at the end of the day we will see how things go over the next couple months! We will be posting updates regularly so we will let you know more details in the coming weeks!

Again, thank you everyone who voted for us on Greenlight! We really appreciate it!

If you are really anxious to get your hands on the game right now, you can buy the game on Desura or directly from us on our website. Regardless of where you buy the game, you will receive a Steam key when it's ready.

Earlier today Astraea finally hit the top 100 on Greenlight! We are super excited to finally reach this milestone! Hopefully that means being Greenlit isn't far off!

Since launching on Greenlight we have been working very hard on the game. We launched the alpha version in mid August and since then we have been adding content non stop. Just last week we released a small Halloween update and we are already hard at work on a massive Christmas update which will be coming out in a little over a month. This new update will feature totally revamped AI (no more stuck villagers!), more buildings, more animals, new control options and much much more! So lots of great stuff is happening in the world of Astraea!

Thank you so much for all your support and we hope to see you on Steam soon!

Astraea is in early development so many things will be added yet! Here is a short list of existing features!

- Build your very own town and have villagers move in! No where is off limits!
- Visit the central social hub - a big city that everyone can visit together! Go shopping, play activities, dance, and have fun with friends (and make new ones)! (Coming Soon)
- Gather resources (wood, stone, gold)
- Plant and harvest crops!
- Raise your own animals! Cows and Chickens. Goats, Sheep and more coming soon!
- Online multiplayer! Visit other players towns, or have them visit you!
- Full Oculus Rift support! (Coming Soon)
- Cross Platform! The game will be running on a boat load of platforms and your town can be saved online (so you can play on your Windows PC then play on your Mac later!)
- Go fishing with friends!
- Ride a horse!
- Offline mode!
Popular Discussions View All (4)

Norwind Interactive  [author] Jul 25, 2017 @ 4:19pm
Still working on it daily. I'm hoping to have something out this year .. But we will see. Definitely getting close! Beta will be out soon.

Norwind Interactive  [author] Aug 1, 2016 @ 2:19pm
Nice catch! I forgot i hadn't updated that. I'm still working on the game, and hoping to have it out later this year.

Norwind Interactive  [author] Oct 4, 2015 @ 11:25am
The game is still being worked on! It's coming to a number of additional platforms so the plan is to release next year sometime.

Kaas Chuig Feb 26, 2015 @ 5:27pm
I completely forgot about this game for a while, though mostly the title. Congrats on hitting greenlight.
< >