Greenlight > Games > Kraken Games's Workshop
Greenlight is being retired. For more information on how to submit games to steam, refer to this blog post.
This item has been removed from the community because it violates Steam Community & Content Guidelines. It is only visible to you. If you believe your item has been removed by mistake, please contact Steam Support.
This item is incompatible with Greenlight. Please see the instructions page for reasons why this item might not work within Greenlight.
Current visibility: Hidden
This item will only be visible to you, admins, and anyone marked as a creator.
Current visibility: Friends-only
This item will only be visible in searches to you, your friends, and admins.
Warside
Description Discussions4 Announcements5 Comments534 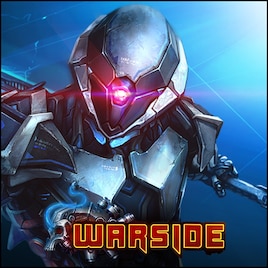 Aris
Offline
See all 46 collections (some may be hidden)

View Warside in the store

We have launched our store page! You can find it here: http://store.steampowered.com/app/320590

Now you can follow Warside and add the game to your Wishlist. The release date, pre-order packs and early access information will be added later.

Check out new FAQ in the Community Hub and stay tuned. We plan to add some new information or artwork on a regular basis!

Three months ago, we have received Green light from the Steam community. Currently we are working hard on Steam integration and some tweaks to the class system and combat balance as well as some new content.

We want to tell you a bit more about what was done in those three month after Greenlight.

Localization of the game is well under way. Part of the work, mostly interface translations and all items and locations names, we decided to do by ourselves. In such a manner, we could control the translation and save some time on explaining what we really meant here or there. We will also make sure the item names do not lose their zest. And of course we will save some money that way. The rest of the texts (item descriptions, world history and lore) will be sent to localization company for translation.

Anyway, you can expect fully localized English version of the game on Steam release.

Steam integration
At the moment, we are digging for information about updates system in Steam. If there's is a complex approval procedure for every update (even a small hotfix) we will not be able to remove our own launcher, otherwise every update and fix will take sever days to upload properly. And that is inappropriate for an online game.

If we can upload patches fast, we will fully exclude our launcher from the Steam version of the game.

Our goal is to make the game run from Steam without any additional action required from player. We are most sure that we will at least be able to fully exclude the need to register on our site. And the players will be able to log into the game from using their Steam account.

One of the major updates we planned to release prior to Steam launch is a new class system. Skill lines will become easier and more intuitive and skills itself more useful and balanced. That is why we are working not only on classes and skill trees in general, but also on combat balance. And balance depends not only on stats but also on equipment. Recently we have finished tremendous job of recalculating all attribute formulas and all items stats and bonuses to suit new class system and balance.

As we said before, every few levels will be grouped in a league, where you earn equipment of different levels of rarity. In each group of levels in each level of rarity, there will be variety of options to choose even in one class of equipment. For example, you can choose between few blue assault rifles in the 10-15 level league. Those rifles will differ from each other by core stats such as damage output, fire rate, clip size and others. You can choose the particular weapon that suits your playstyle and your build.

«Siege» game-mode
Meanwhile we have also added a new cooperative game-mode called "Siege". In this mode, you with your teammates will stand against waves of different enemies. Only team play and tactics will overcome all the difficulties of the Siege, because each wave will be more and more difficult.

Each of the maps of Siege will have a bit different mechanic. For example, energy-shields will stand in a way of your enemies to a lab doors on “Bilskirnir manor” arena. Obviously those shields will be the priority target for droids and mercenaries. Nevertheless, even if shields was broken despite all your efforts, you can restore it by using special batteries, which is a limited resource you can get back at you spawn point.

The “Abandoned highway” arena offers slightly different gameplay. Your enemies will attack from several directions simultaneously. But you will get help from several friendly NPSs guarding your objective with you.

Huntress
Huntress, the main damage-dealer in Warside, was in development for a long time. Now we finally agreed on her vertical movement type and started to work on her animation. Equipment of Huntress is being updated as well, modeling and texturing is complete and now we need only to rig and import everything into the game. We expect that Huntress will be complete and available prior to Steam release.

Duels
Besides traditional PvP game modes, where your opponents are chosen by automated battle generator in accordance with their level, equipment and rating, now we are working on Duels. After we add this new mode, you will be able to challenge any player or team to fight in a death-match against you or your team. You could not only test strength against each other, but also, for example, try some different builds and equipment one-on-one to test its pure effectiveness.

Apart from Duels, we will also add spectator-mode. It will let other gamers to watch the match with free camera or to switch to any character view. Duels and spectator-mode are base functionality that will allow us and players host and stream of tournaments or other competitions.

Those are only the biggest task we have done during those three month. Despite the fact that we are rather small team we have also completed countless minor tasks and bugfixes that will improve your gaming experience when the game is finally out on Steam.

Unfortunately all these tasks took more time that we initially expected, but most of the things we intended to complete before Steam release are done or nearing completion. We will do our best to complete the rest as soon as possible and finally meet you ingame!

Thank you very much for tracking our Warside we will keep you posted on the work progress!
Read More
Description
Warside is a visceral multiplayer Sci-Fi shooter featuring classic 2D gameplay combined with RPG elements. Play as part of a small squad of elite troops fighting for resources and power across the galaxy.

Create your own elite soldier and take him in to online battle in this visceral multiplayer Sci-Fi shooter. Use your unique abilities in full blooded combat with other players as well as hordes of monsters and gain tactical battlefield advantages over your enemies by hovering in mid-air, covering great distances in a single leap and hanging on walls to ambush your enemies. Use the flexible RPG system and wide array of equipment to advance and customize your character.

Fast-paced 2D action and an advanced RPG system allowing players to rely on their character’s unique stats and their own skill level in equal measure.

Utilize the landscape and a variety of movement styles to gain a tactical advantage over your enemies. Combine different character classes and equipment in your team to achieve the best results.

Heavily customize your character with different class types, specializations, weapons and armor types. Play as a bulletproof titan or as a deadly assassin. Become a swift infiltrator or a balanced fighter. Create a unique character that will fit your play style.

Hundreds of weapons available, from common assault rifles to futuristic ion launchers. A huge array of armor types, from lightweight protective vests to heavy exoskeletons. Customize your character using various implants, upgrade your weaponry with weapon attachments, and use gadgets to access special skills in combat from poison-arrow crossbows to stationary energy shields.

Go head-to-head with enemy teams on top of giant tree canopies. Seize control points on a cavernous space station. Gather resources in the ruins of an imperial city. Defend valuable artifacts in the dark caverns. Fight hordes of homicidal robots and treacherous bosses in a secret laboratory. Hold your ground against waves of enemy mercenaries during the evacuation of an underground bunker. Those are just some of the exhilarating game missions available with many more to follow!


Feel free to ask any questions and leave your feedback here and on our site: {LINK REMOVED}https://warside.ru/en

Warside has been Greenlit and is now listed in the Steam store. For the latest information, purchase options, and discussions for Warside, please see it on the Steam Store or in the Steam Community.
Visit Store Page
For more details Visit Community Hub
For latest discussions
If you really, really want to, you can continue to the Greenlight page. Information on this page may be out of date, since all the action has moved to the areas noted above.