Greenlight > Games > Antagonist's Workshop
Greenlight is being retired. For more information on how to submit games to steam, refer to this blog post.
This item has been removed from the community because it violates Steam Community & Content Guidelines. It is only visible to you. If you believe your item has been removed by mistake, please contact Steam Support.
This item is incompatible with Greenlight. Please see the instructions page for reasons why this item might not work within Greenlight.
Current visibility: Hidden
This item will only be visible to you, admins, and anyone marked as a creator.
Current visibility: Friends-only
This item will only be visible in searches to you, your friends, and admins.
Through the Woods
Description Discussions3 Announcements7 Comments208 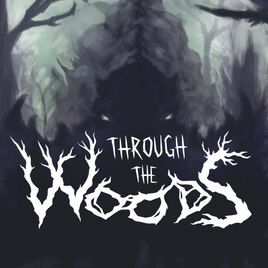 Antagonist
Offline
See all 21 collections (some may be hidden)

View Through the Woods in the store

Store page
Recent Announcements View All (7)
Through the Woods - Now on Kickstarter !
May 14, 2015 - Antagonist

We launched the Kickstarter-campaign for Through the Woods [kck.st] today!

Please check out the campaign and consider backing to help us finish the development of Through the Woods.

We just wanted to quickly thank you all for your support in helping to Greenlight Through the Woods.
This is a really great boost for us going forward in the production of the game. We can't wait to bring you the final product once it is ready.

Through the Woods is a third-person Norse horror adventure game set in a forest on the western shore of Norway about a mother and her missing son. Through dynamic narration, you play the mother’s re-telling of the events surrounding her son's disappearance in a setting heavily influenced by Norse mythology and Norwegian folk tales.

* Explore stunning environments and experience stories inspired by Norse mythology, Norwegian art and nature
* Uncover dark tales of the past and present through reactive narration
* Creative use of light and darkness generates deceptive environments
* A journey through beautiful and grim audio design

Antagonist is a small independent studio based in Oslo, Norway, and was founded in 2014. The team is focused on a narrative-driven title, delivering epic stories as an intergral part of the experience.
Popular Discussions View All (3)

Did you will support Linux (SteamOS)?
FastFire Games

Rok Oct 27, 2016 @ 1:02pm
Hello, I present channel is YouTube and want to make your game on the video does not help with the key?
https://www.youtube.com/user/GemigChannelFrost

Davy Feb 4, 2016 @ 1:27am
Through the Woods has been featured in the Most Anticipated Horror Games of 2016 video.
https://www.youtube.com/watch?v=vU3A8iLcgXU

Jak Constantine Jul 3, 2015 @ 1:48am
Odd bugs. Got a Pink screen and the game was stuck at the begging. Just might as well add this. I'll wait till release.

The Pianist Jun 12, 2015 @ 10:41am
I played the demo(in the dark) and it wasn't even scary. It isn't survival horror, at least not classic, it's behind the shoulder which is modern survival horror and annoying, don't get why it isn't real TPS like silent hill and you can't see anything how dark it is and it's more annoying than anything else.You just walk around for half an hour and it ends. A real survival horror has to have puzzles, and ones that at least make you think a little, a save system, not a checkpoint system that makes everything easy as all hell, challenge and tricky spots that make you decide if you're going to do one thing now or later depending on your health and status, also health. I wont say anything about enemies, maybe they can do something interesting with just this troll thing. I'm not trying to bash on the game, the makers can do whatever the f. they like, I would just like to see a real classic survival horror on pc, and also an actual scary game that can be unpredictable :)

Uzucainki Jun 11, 2015 @ 7:34pm
As someone that hates scary games, really hates them, I am absolutely excited for this game and will definitely attempt the hell out of playing this. If you haven't back on Kickstarter, please do so! This game looks wonderful and the storyline seems fantastic!

Kickz May 27, 2015 @ 4:10pm
Backed it, loved the demo. Love the narration system and the atmosphere. Your sound designer is already on my hate list (that's a good thing) for freaking me out like that during the demo :)

Through the Woods has been Greenlit and is now listed in the Steam store. For the latest information, purchase options, and discussions for Through the Woods, please see it on the Steam Store or in the Steam Community.
Visit Store Page
For more details Visit Community Hub
For latest discussions
If you really, really want to, you can continue to the Greenlight page. Information on this page may be out of date, since all the action has moved to the areas noted above.