Store Page
Champions Online > Guides > DZPlayer's Guides
This item has been removed from the community because it violates Steam Community & Content Guidelines. It is only visible to you. If you believe your item has been removed by mistake, please contact Steam Support.
This item is incompatible with Champions Online. Please see the instructions page for reasons why this item might not work within Champions Online.
Current visibility: Hidden
This item will only be visible to you, admins, and anyone marked as a creator.
Current visibility: Friends-only
This item will only be visible in searches to you, your friends, and admins.

Modifications, Equipment, and You
By DZPlayer
Getting to know the ins and outs of how your equipment works and how you can improve it to empower your hero better.

Comments
Modification Basics
Modification and Fusion is an integral part of your character's strength, as it can empower your hero in many different ways. A small tutorial mission for Modifications and Fusing is granted to you after picking up your first piece of socketable equipment, leading you to Max Plank in Renaissance Center. This tutorial provides some general information, but this guide is here to improve on the subject. 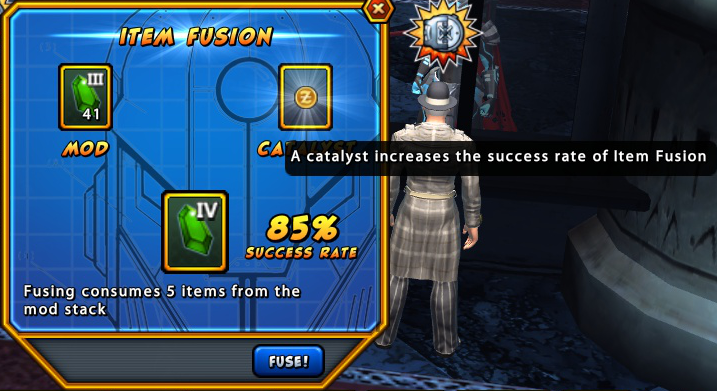 Modifications are different types of 'Gems' you can insert into various types of equipment. Each Mod (with a few exceptions) can be fused upwards into more powerful versions of themselves, up to Teir 9. To do so, you must first have at least 5 of the same exact mod and then open the Fusion tab inside of your Inventory. You can then insert the stack of mods in the Fusion Table and attempt to fuse 5 of the stack into 1 Mod of the higher teir. The odds of success vary depending on the rank of the mods you are attempting to fuse, and can be improved with Catalysts. 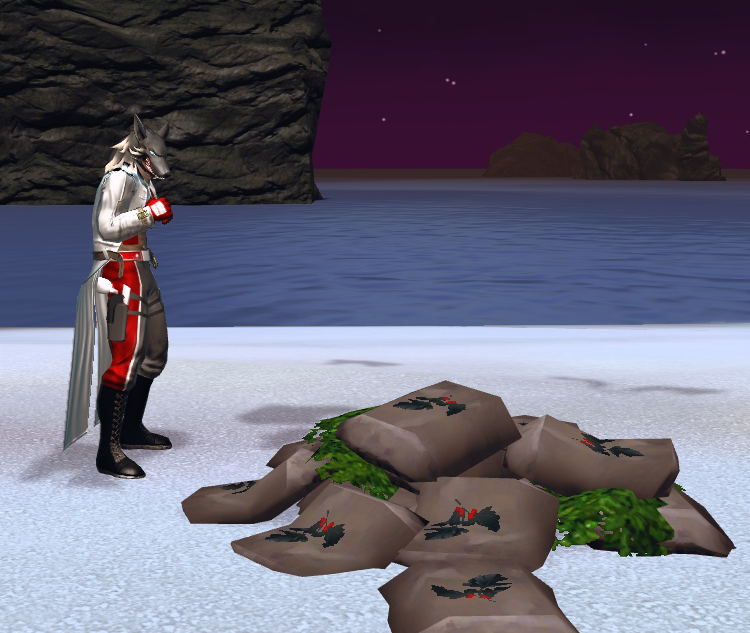 The Crafting Nodes you can collect from are based on your Crafting School (Arms, Mysticism, Science) and crafting level. Your crafting level affects which locations you may gather nodes from. A beginner in Mods and Fusion (Sub-100 Crafting) may only be able to gather from nodes near Canada's and The Desert's home base, while a player with a higher Crafting Level, say around 300, could gather from any node except the absolute highest tier. Your crafting level also influences your odds of success when fusing and is recommended to be worked on if you intend to be able to fuse higher quality mods.
Modifications
Cores

Core Mods (Denoted by a Lightning Bolt in their icon) improve your hero's fighting ability in different ways independant of the bonuses you receive from your superstats. The basic cores, such as the Gambler's Gem, will give bonuses based on which type of equipment it is inserted into. For instance, inserting a Gambler's Gem into an Offensive type of equipment will provide bonus Critical Strike Chance, but if the same Gambler’s Gem were to be inserted into a Defensive type it will improve your Dodge Chance instead.

There are also specialized cores which can only be placed within a specific gear type. Some of these cores offer similar bonuses to the basic ones, but there are many more cores that provide unique effects such as Health Regeneration and specialized damage bonuses to a specific power set. One such restriction that makes these specialized cores desirable is when using a Cosmic type of secondary equipment. These pieces of gear cannot take the basic cores, requiring a specialized one instead.

These types of Modifications are generally only able to be inserted into Blue Quality Primary Equipment or better and into their respective slots. Red-looking slots for Enhancements, Blue-looking slots for Armorings. 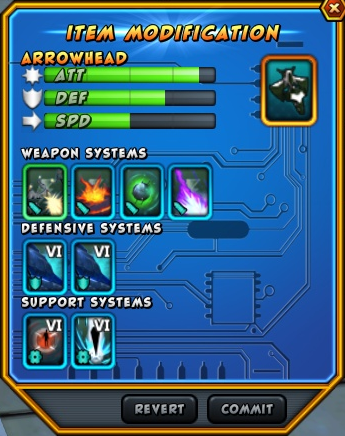 In Champions Online, players can acquire Vehicles. Vehicles can be improved with their own specialized mods that can be gathered the same way normal mods can. You will likely come across these during your playtime even though you do not own a vehicle yourself yet. Vehicle mods will come in three types; Defense System, Support System, and Weapons Systems.

Weapons Systems determine what available abilities your vehicle will have and are shown with a Bullet within their icon. Unlike other mods, Weapons Systems only have three tiers instead of nine. Currently, the only way to acquire Weapons Systems are from the Questionite Store or by stripping them from other vehicles. Weapons Systems are not strictly for attacking targets, as there are other utilities they can provide.

Defense and Support Systems act similarly in vehicles as Cores do for normal equipment. They provide boosts to specific statistics such as the vehicles durability or power or provide additional effects such as regenerative vehicle plating and recharging energy reserves. Defense Systems will have a Shield within their icon, while Support Systems appear with a Gear. It is important to note that these systems will gain additional effects at tier 3 and tier 6.

Acquiring Modifications
Mods can be collected as rewards from missions, defeating mobs, participating in a Burst Alert, searching Crafting Nodes, and even from Lockboxes. The Crafting School you select has a minor effect on which mods you can receive from Resource Nodes, so be aware of what mods you're looking for and try to pick a school which would benefit you most. The Item's description tells you which mods you are most likely to find from which school you select; Arms, Mysticism, or Science. The Veteran's Core of Might is available via Veteran's Rewards, and the Depleted Uranium Core is a rare loot drop from the Harmon Labs Custom Alert. For endgame equipment, special cores can be bought with recognition in Ren Cen.

The rank of Mods that drop as loot or rewards from open missions or Burst Alerts is relative to your character's level, to a degree. Those that receive Mod Drops at Lv15 are likely to find their mods to be Rank 1 or Rank 2, whereas a character at Lv40 may receive a Burst Reward as high as Rank 4. Since mission rewards are set in stone, Mod Rewards from missions will be relative to the mission's level. So a Lv40 can't do a Lv15 mission and expect to be rewarded with a higher rank mod.

Catalysts are only rewarded or purchased, as they do not drop as loot from critters. I have classified 3 types of Catalysts; Chance-boosting, Safeguard, and Rank-boosting. Catalysts are consumed anytime they are inserted and used for Fusion, regarless of your success or failure. Chance-boosting Catalysts are the most commonly awarded and improve one's fusion success rates, ranging from 3% to 10%. Safeguard Catalysts prevent mods from being destroyed upon fusion failure and are the second most common awarded catalyst type. Rank-boosting Catalysts will automatically make your fusion chances 100% and only require 1 mod during Fusion, but are specific from one rank to the next with the exception of the Harmon Labs Catalyst (Used to be purchasable in the C-Store with the introduction of the Harmon Labs Custom Alert.) which ranks up whatever you decide you want to fuse upward, regardless of rank, to Rank 9.

Acquiring Catalysts
Chance-boosting Catalysts can be found rather often in the resource nodes scattered across the open world and in a few instanced missions. Safeguards can be found rarely in any tier Resource Node, or as a reward from Burst Alerts or even Cosmic battles, or purchased from the Cash Shop in packs of 8, 16, or 32. Rank-boosting catalysts are only available in the C-Store.

You may purchase Catalyst Heirloom Secondary Equipment from the Nemesis Vendor to increase your odds of finding catalysts from crafting nodes.
Equipment 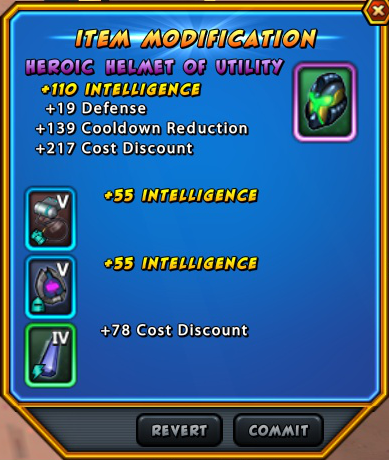 Equipment which can be modified will have a slot available. Modifiable equipment without mods will mostly be weaker than gear without a slot. These slots allow you to strengthen the equipment beyond what you could ever get from a piece without any slots, but only if you have the right type of mods for that slot. Either a core, armoring, or enhancement. You can check which mod you need while you are looking at the equipment. Green slots are for cores, blue slots are armorings, and red slots are enhancements.

It is common to wait until Lv40 before going all-in for mods/fusion. Typically it is hard to come by modifiable equipment before then. And even so, some pieces still have rigidity in their stats. Entirely flexible pieces of gear can be collected which are light on base stats but have plenty of mod slots available to truly tailor the gear to your character. Mercenary is great entry-level gear for new Lv40s. Although you can claim legendary set gear which is more moldable with the endgame currencies such as the Justice set.

Acquiring Equipment
Typically, it is hard to come by modifiable equipment as you level. There are some missions which have them as rewards, but these tend to be few and may have rigid points which may not suit you at all. You can find modifiable equipment simply from bashing hostiles. Even if it doesn't suit you, it might for someone else. The Auction House has gear on it often, you might just find the piece that best suits you while you level from there, and you can sell pieces which don't suit you to offer the same opportunity for someone else. Alternatively, you can push through Nemesis missions and beat them up for the tokens to purchase gear from the Nemesis vendor. Gear from the Nemesis vendor levels with the character and is account-bound, it even sports a slight Experience boost. This makes it great for leveling, even though it cannot be modified.

Once you hit Lv40, your options really open up. This is when you should start putting your eye on the fully modifiable equipment such as Mercenary, Legion, Heroic, and the like. They do cost a hefty amount of their respective currency to acquire, but if you have been doing the Alert dailies you should come up with some Questionite to start on Mercenary gear. From there, you can perform larger-scale endgame content such as Cosmic battles and the newest lairs to work your way up to the legendary sets Justice, Distinguished, and Virtuous. If you have the extra time, you can consider playing Onslaught Villains for stronger Secondary equipment too.
Additional Resources 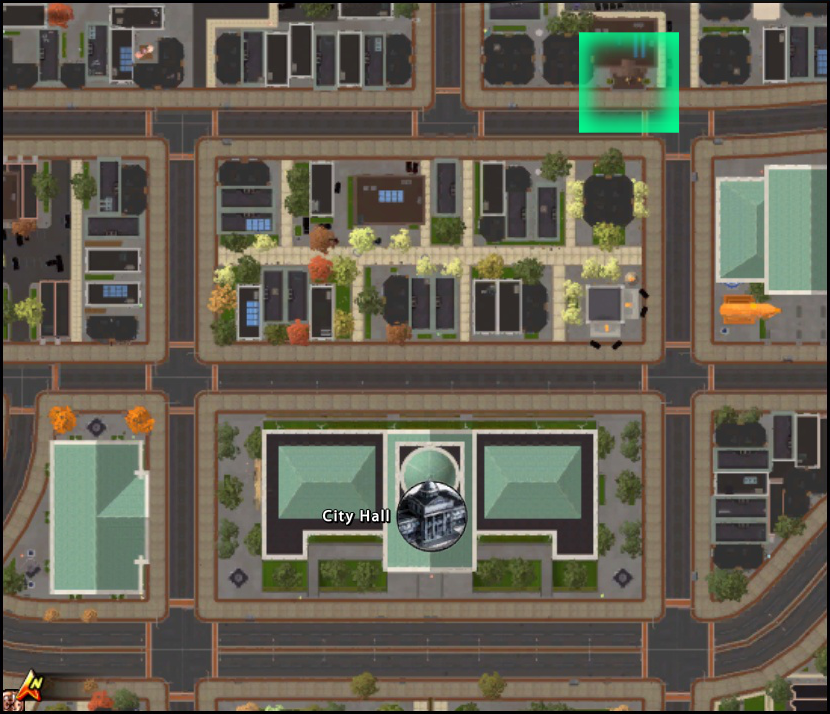 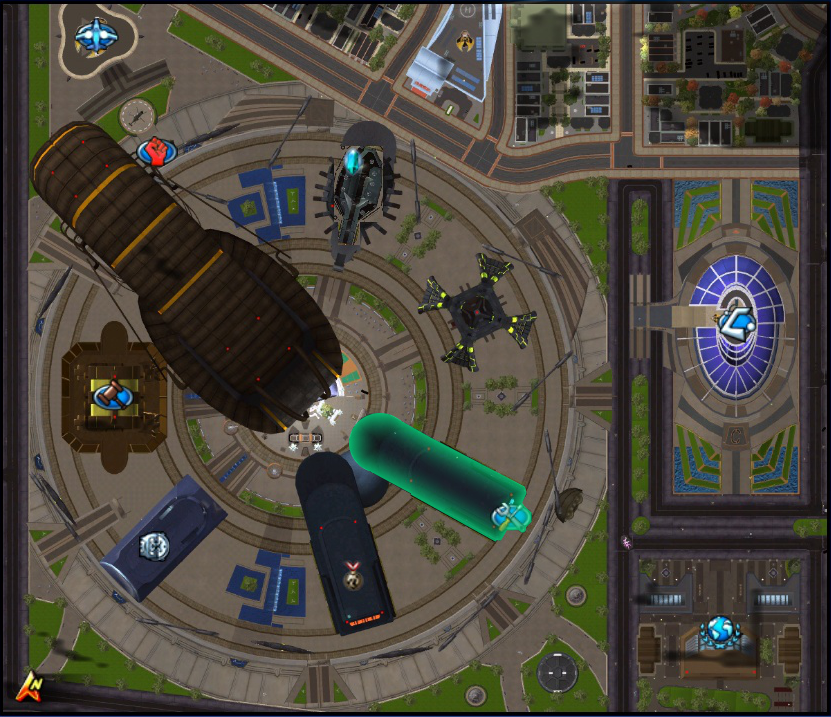 The location of the Modifications and Fusion Building on a resized map. The Trainers are located in the back of the building where the Tools Icon is.

List of Mods and the Crafting Schools they are classified under:

Fusing mods respective to their school can increase your Crafting Level, and in turn boost your chances of fusing all mods.
< >
5 Comments

DZPlayer  [author] Nov 5, 2017 @ 9:49am
Unless something happens that drastically changes Mods/Fusion, I shall state that this guide is complete. May you all have great success with your fusion and fashion together powerful equipment.

DZPlayer  [author] Aug 8, 2016 @ 8:16am
Whew, it's about time I got back to fixing this up. I will be adding in a Vehicle Mod section soon, and finally getting around to reworking the Equipment section!