Greenlight > Games > Tiny Lab Productions's Workshop
Greenlight is being retired. For more information on how to submit games to steam, refer to this blog post.
This item has been removed from the community because it violates Steam Community & Content Guidelines. It is only visible to you. If you believe your item has been removed by mistake, please contact Steam Support.
This item is incompatible with Greenlight. Please see the instructions page for reasons why this item might not work within Greenlight.
Current visibility: Hidden
This item will only be visible to you, admins, and anyone marked as a creator.
Current visibility: Friends-only
This item will only be visible in searches to you, your friends, and admins.
Orborun
Description Discussions1 Announcements3 Comments322 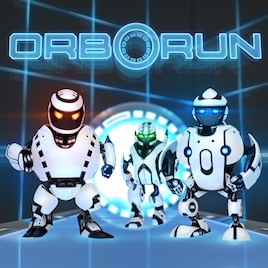 View Orborun in the store

Orborun is a part of another awesome bundle! Check it out and grab it with some other cool games!

Control your Orbot to collect the goods, avoid the obstacles and escape the hazardous Orbo-world. Complete levels on perfect run to unlock bonus levels. Try to reach puzzle world for a brain-teasers and if you will master the Orborun - twisted hazard world will be your final test!

The first prototype came out at early 2013 as a flash game on one of the flash games portals. It had bad controlls, hard levels, no tutorials, but players on that portal liked it and we had to lift the quality to the level it deserves!

We were participating at the GameFounders accelerator and traveled around the world to get the feedback and knowedge.

Tiny Lab Productions  [author] Jun 16, 2014 @ 11:07pm
I want to thank Everyone for supporting us, we made it! We had a few internal meetings to sort things out and now we are doing some final steps to prepare the special Orborun version for Steam. Stay tuned!

Orborun has been Greenlit and is now listed in the Steam store. For the latest information, purchase options, and discussions for Orborun, please see it on the Steam Store or in the Steam Community.
Visit Store Page
For more details Visit Community Hub
For latest discussions
If you really, really want to, you can continue to the Greenlight page. Information on this page may be out of date, since all the action has moved to the areas noted above.