Greenlight > Games > NerdKingdom's Workshop
Greenlight is being retired. For more information on how to submit games to steam, refer to this blog post.
This item has been removed from the community because it violates Steam Community & Content Guidelines. It is only visible to you. If you believe your item has been removed by mistake, please contact Steam Support.
This item is incompatible with Greenlight. Please see the instructions page for reasons why this item might not work within Greenlight.
Current visibility: Hidden
This item will only be visible to you, admins, and anyone marked as a creator.
Current visibility: Friends-only
This item will only be visible in searches to you, your friends, and admins.
TUG: The Untitled Game
Description Discussions15 Announcements3 Comments333 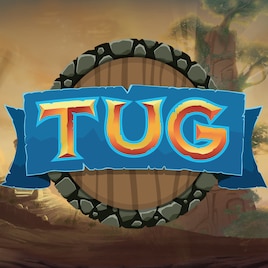 NerdKingdom
Offline
See all 59 collections (some may be hidden)
Kickstarter

View TUG: The Untitled Game in the store

Steam announced today that TUG got Greenlit... and in record time! And it's all thanks to you: our brilliant, wonderful, amazing community. You guys and gals seriously rock!

Of course, it doesn't end here... this is just the beginning. As we prepare for Steam Early Access, we'll need your help and continued support more than ever.

This is such an exciting journey for us, and we couldn't be more thrilled to share it with you.

From all of us here at Nerd Kingdom.... THANK YOU!

Join TUG's early access and help support the game's development. All money raised from donations and sales goes directly into supporting the game's ongoing development, and towards funding our stretch goals. We even fund our own coffee addiction from our own pockets! Our goal is to become greenlit and be part of the Steam Early Access Games as our community grows with TUG's development. It is an early build so don't pull the trigger until you feel we are worthy of your hard earned money!

We have no NDA and like it that way! Feel free to create YouTube videos, live streams, and take million of screen shots if you are part of our early access.

Nerd Kingdom is a collaborative of social scientists, economists, artists, and developers exploring new frontiers in technology and design.

About TUG
TUG sits at the crossroads where survival sandbox and multiplayer RPGs meet, offering both elegant simplicity and a world of complex secrets for those who desire to seek them out.

The gameplay focuses on crafting, exploration, pvp, and role-playing, with an emphasis on immersion and player freedom. The game currently features two gameplay modes: Creative and Survival. In both, you awaken in a procedurally generated world as a Seed--a childlike being with a mysterious glowing stone embedded in your left hand.

In Survival Games, it’s a race to craft, compete, and survive! You spawn on a floating island with a small number of other Seeds. From there, you must gather resources, craft weapons, outsmart your enemies, and battle it out to the last Seed standing!

In Creative Mode, you can explore the terrain, craft, and build at your own pace.

The game world also features a deep lore and mythos that you must uncover for yourself through exploration and gameplay progression, including an entire original language for the more curious among you to translate and decode.

Here are some of the key features we currently have available in our early access Alpha phase, as well as some things we have planned!

We are currently optimizing a lot of our backend engine while continuing to grow the systems that we currently have in game. In the coming months, we hope to start implementing more key features and incorporate them seamlessly with the existing game elements.

We are constantly adjusting our development goals based on our gameplay research and community input while remaining true to our vision and design philosophy for the game. We estimate to reach Beta within a year of our current stage.

Our Design Philosophy
Nerd Kingdom is a collaborative of lifelong gamers from a variety of backgrounds who believe we can change the way games are made for the better.

One of our goals with TUG is to use the game as an interactive platform for social science research. Many developers gather data on how players interact with each other in a game, but more often than not, these insights are used to manipulate players into spending more money.

We believe this is bad for gamers, and bad for gameplay itself. In addition to its pure academic value in the social sciences, we think there is a better way to leverage social research data: to make better game experiences. We plan to use our ongoing research to focus and prioritize the team's development goals. In doing so, we feel TUG is an experiment in true collaborative game design.

The game is currently in an early phase of Alpha. We still have a lot of work to do, but we are dedicated to the creation of the final product we are all envisioning. We are building the game engine and all features from the ground up with modding in mind. This gives us a lot of control over how things operate, but also can make development slow.

PINNED: You got Questions? We got answers! Ask away!
NerdKingdom

Lordweegee Nov 1, 2014 @ 5:39am
Made from the pile of shit that was yogventures. Lets hope that this will not be anoher pile of shit

TUG: The Untitled Game has been Greenlit and is now listed in the Steam store. For the latest information, purchase options, and discussions for TUG: The Untitled Game, please see it on the Steam Store or in the Steam Community.
Visit Store Page
For more details Visit Community Hub
For latest discussions
If you really, really want to, you can continue to the Greenlight page. Information on this page may be out of date, since all the action has moved to the areas noted above.